After the defeat to Liverpool, Silva was scathing about his players.

Here’s what he said:

“It is really tough for us to be in the relegation zone but if you are there you are making the same mistakes. I’m not here to talk about the fight of the players, our opponent was more brave than us.

“We should do better of course, we were not good enough.

“We are making some mistakes which put us under big, big pressure.

“The type of mistakes we are making is because the players are playing under big pressure because of the position in the table.

“They are making some mistakes that are not normal for the level we are.”

Pliskova gets good workout to advance to second round 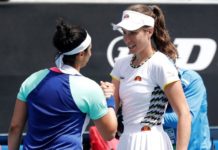 Johanna Konta bundled out of Australian Open by Ons Jabeur