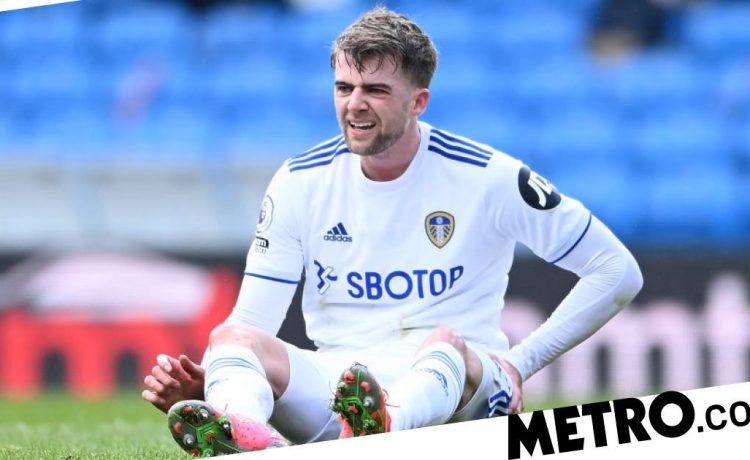 Patrick Bamford has made a rapid recovery from the hip injury he suffered against Chelsea at the weekend and is expected to play against Fulham in the Premier League on Friday night.

The 27-year-old had to be taken off in the first half against his former club on Saturday, limping out of the contest which finished 0-0.

It was a concern for Leeds manager Marcelo Bielsa as Bamford is his top scorer this season, netting 13 times in the Premier League and starting all 28 games so far.

However, the Englishman has recovered quickly, and while he may not be at full fitness, is expected to play at Craven Cottage on Friday.

‘We think that yes he [Bamford] will play on Friday,’ Bielsa told a press conference on Wednesday.

‘He has a knock on his hip that is painful, but we don’t think it’s going to make him miss the game.

‘Bamford contributes goals, he makes runs in behind, he has presence in the box, he has combativeness to recover the ball and he has continuity in his participation throughout the game.’

It is good news for Bielsa and Bamford on a personal level, with his name being linked with a call-up to the England squad thanks to his fine form this season.

Leeds have the chance to climb above Crystal Palace into 11th with a draw or better on Friday night, while Fulham know they can escape the relegation zone with a victory over the Yorkshire side.

Bielsa has been impressed with Fulham under Scott Parker and had some kind words for his opposite number on Friday night.

‘The system he uses is very complete.’


MORE : ‘There are no excuses’ – Kai Havertz speaks out on his struggles at Chelsea after Leeds stalemate