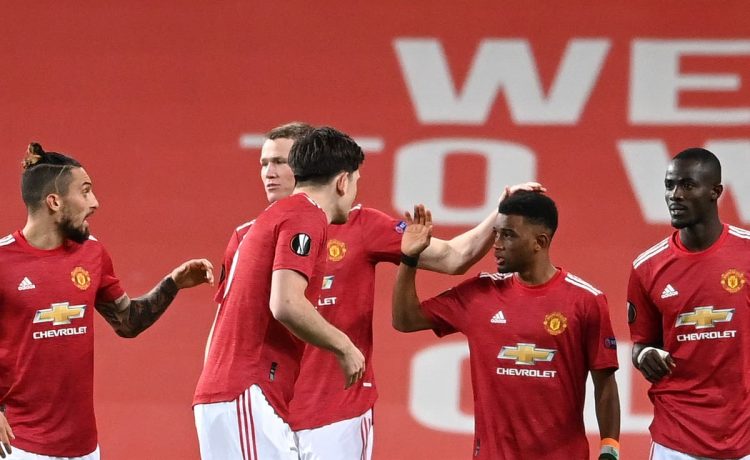 Both clubs have rich histories domestically and in Europe and are keen to replicate those successes in the present. United are second-placed in the Premier League behind rivals Man City, while Milan occupy second spot in Serie A behind rivals Inter. A league title looks more likely for Milan than United this season, while each team will fancy their chances of going all the way in the Europa League if they are to beat the other here in the last 16. Milan have never lifted this trophy, which United won for the first – and so far only – time in 2017. The Italian club are one of the most successful outfits in the history of European football, though, with their seven European Cup / Champions League titles putting them second in the all-time winners list behind Real Madrid.

United, meanwhile, are three-time champions in that competition, where both Ole Gunnar Solskjaer’s team and Stefano Pioli’s would love to be next season. Whether or not either coach can guide their players to the Europa League trophy this term, the Champions League likely awaits for both sides next season. But the managers will still be desperate for silverware sooner rather than later to prove that their club is on the right path to recapturing former glories, and a first-leg win tonight could be crucial in that venture. Follow live updates from Man United vs AC Milan below.

65 mins: Big chance! Calabria swings a lovely cross into the box from the right wing and picks out Krunic on the back post. He gets in front of Wan-Bissaka and heads the chance narrowly over the crossbar.

63 mins: A couple of quick one-touch passes gets the ball up to Krunic on the edge of the Man Utd box. He controls the ball and shoots on the turn but smokes his effort high and wide.

59 mins: Krunic swings a free kick into the box from the right wing and has the pass cleared by Fernandes. Milan collect the ball quickly and send it back into the area where McTominay puts it out for a corner. The corner is won by Maguire who heads it away. Saelemaekers chips the ball into Kessie who drills a shot at goal that Henderson parries wide of the near post.

56 mins: Milan defend the corner and Donnarumma grabs the ball out of the air from a cross. He wants to send Milan quickly away on the counter attack but is knocked over by McTominay who is shown a yellow card.

54 mins: Dan James’ pace almost creates something from nothing for Man Utd. A long ball comes up the pitch and Calabria heads it back into his own box. James sprints past him and gets to the ball before the defender recovers and blocks the shot out for a corner.

50 mins: GOAL! Glorious. Did I say a big ask? Bruno Fernandes chips the ball over the top from the middle of the pitch. Amad Diallo runs into the box and wins the ball. With his back to goal he heads over the goalkeeper and finds the back of the net to put Man Utd in front. Great moment for the 18-year-old.

48 mins: Fernandes slots a free kick out to Amad on the right wing and he gives it back to the United playmaker. Fernandes flicks a cross deep into the box and James keeps the ball alive with a header into the middle that’s claimed by Donnarumma.

Second half: Amad Diallo has replaced Anthony Martial for Man Utd at the break. It’s going to be a big ask for the youngster to his mark in this match tonight.

Follwoing this game, Arsenal take on Olympiacos in the first leg of their Europa League clash. Here’s what Mikel Arteta had to say about the Gunners’ ambitions this season:

45+1 mins: Half time. Goalless then at the break. AC Milan have scored twice, one was ruled out for offside and the other was scratched due to a handball. Maguire’s missed a sitter for Man Utd who haven’t really kicked into gear yet. Ole Gunnar Solskjaer may need to get the hairdryer out at half time.

42 mins: The replays make that miss from Maguire so much worse. No one was around him. he had an open goal, it’s a tap in and he missed it. A goal might have just released United from playing with such tension. They’ve been outplayed so far in this half.

39 mins: OFF THE POST! How has Maguire missed that?! Telles swings the corner into the box and Fernandes flicks it to the far post. Maguire has an open goal but hits the ball with his shin and knocks it into the post! He has to score there.

38 mins: In the end it’s Alex Telles who takes the free kick. He blasts it with his left foot and hits Harry Maguire standing to the right of the Milan wall. United then win a corner.

36 mins: A nice bit of possession for Man Utd results in a free kick about 20-yards out from goal. It’s pretty straight with Bruno Fernandes and Alex Telles hovering over the dead ball.

30 mins: Another decent save from Henderson as Saelemaekers weaves into the right side of the box, shakes off a tackle from Matic and lets fly with his left foot. The shot is straight at the Man Utd goalkeeper but it comes quickly and Henderson strongly punches it away.

27 mins: Krunic is fed the ball over on the left side of the box. He checks back onto his right foot and takes a shot. The ball takes a deflection and Henderson is forced into a save low down on his left.

24 mins: Man Utd threaten to break on the counter-attack. Fernandes spots the run of Martial and attempts to thread the ball in behind the back line. Man Utd have had more possession but they’ve done remarkably little with it.

21 mins: Brahim Diaz carries the ball to the front edge of the United box before slotting it out to Dalot on the left. He fires across a quick ball but McTominay is back and heads the ball clear.

18 mins: Alexis Saelemaekers is shown a yellow card for a foul on Alex Telles. He arrives late and takes out the United left-back but it isn’t a card worthy challenge. Telles takes the free kick and either goes for goal or hits a very poor cross. Either way the ball finishes on top on the goal and Milan win a goal kick.

READ  Italy hoping to persuade Gabriel Martinelli to snub Brazil after promising start to Arsenal career
Share on FacebookShare on TwitterShare on PinterestShare on Reddit
newsgrooveMarch 11, 2021