Manchester United should play to their strengths and ‘keep the forward thinking’, says Marcus Rashford 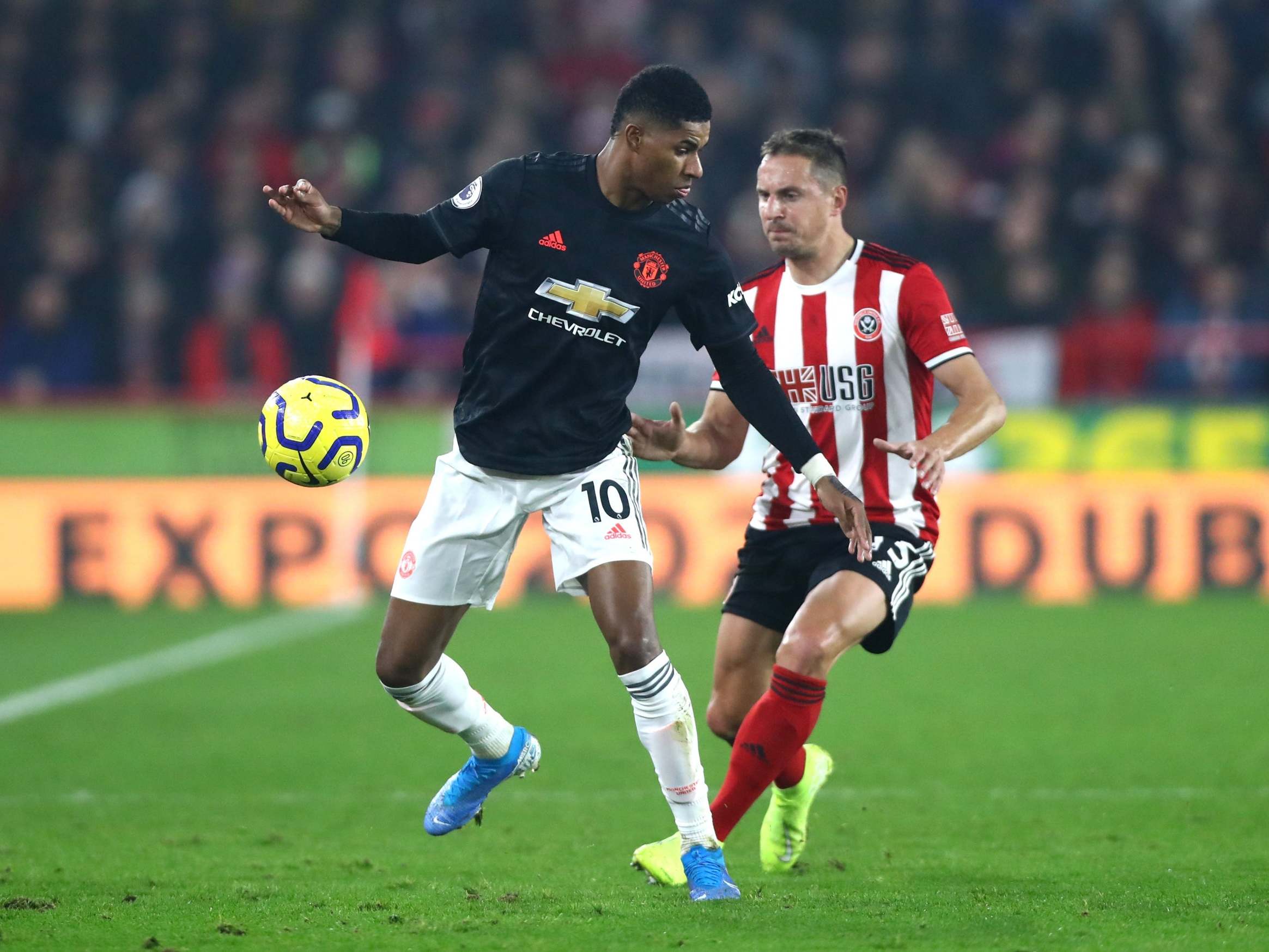 Marcus Rashford’s pride at Manchester United’s storming comeback at Sheffield United was tinged with disappointment as the forward believes they would have won if pushed to remain on the front foot.

Sunday’s Premier League clash at a bouncing Bramall Lane was a thrill-a-minute ride, with the in-form Blades going ahead through John Fleck’s bundled effort and Lys Mousset’s eye-catching second-half strike

Ole Gunnar Solskjaer’s side were abysmal for large swathes of the match, only for an unlikely seven-minute scoring spree to see the visitors go 3-2 up through Brandon Williams, Mason Greenwood and Rashford.

But what looked set to be a stunning win ended in frustration for the visitors as substitute Oli McBurnie struck at the death to earn Chris Wilder’s United a deserved 3-3 draw.

“It’s disheartening,” Rashford said. “We know that we didn’t play well enough, especially in the first half, the first 50-60 minutes. But we managed to find it inside of us and get back into the game and get in a good, strong position in the game.

“Obviously to come away with a draw is tough to take, especially in the fashion that it was. We just can’t let this dampen the mood in the team. We keep going with the right attitude in the next game.

“We just go to win and it’s important that we understand the bigger picture and the current situation we’re in, and to show fight like we did. Credit to the team and to the manager and to the fans, it was a good spell to get back into the game, but it’s disheartening not to go on and win from that.”

Put to Rashford that he must have thought he had scored the winner, he told MUTV: “There was still a bit of time left after.

“But for me and for the team we have to see that time as an opportunity to go and get the fourth or the fifth, really kill the game off because for me that’s what our strengths are, that’s what we’re good at doing. So, if we play to our strengths…we win this game. But don’t get me wrong, I understand that it’s difficult on the pitch, you get tired physically, mentally, you tend to just naturally drop into that position.

“But in those moments we need someone to just tell us to get up, go and press the ball and just keep the forward thinking in the team because, I’ll say it again, that’s when we’re at our best.”

The latter remark was striking from Rashford, who spoke of “negatives and positives” ahead of Thursday’s Europa League trip to Astana.

Among the highlights was the performance of 19-year-old left-back Williams, who scored a stunning first senior goal shortly before 18-year-old Greenwood opened his Premier League account.

“It’s definitely a special feeling, for Brandon especially,” Rashford said. “He’s done brilliantly since he’s come up with us. And obviously for Mason, for any forward, it’s beautiful to score a goal. That’s what he’s good at. As a youngster, that’s all he knows. He knows how to score goals. Like I said before, if we play positive football, that’s when we’re at our best.

“Obviously both of them came through the academy. All they know is how to attack and play forward-thinking football and you can see with the way they play they just bring that into the team and that’s what Man United is.”

Manchester United’s identity was not as clear as the Blades’ on Sunday, with Wilder’s men once again impressing.

Organised, creative and exciting throughout, man-of-the-match Mousset was particularly impressive before going off injured.

“Lys has a tight hamstring, so hopefully it’s not damaged,” Wilder said. “But, yet again, what a threat going the other way and what an out. He feels the love from the players and staff and most importantly the fans, and he’ll be a good player for us. Once again the combination of Lys and David McGoldrick caused all sorts of problems throughout the game, when Lys was on.”