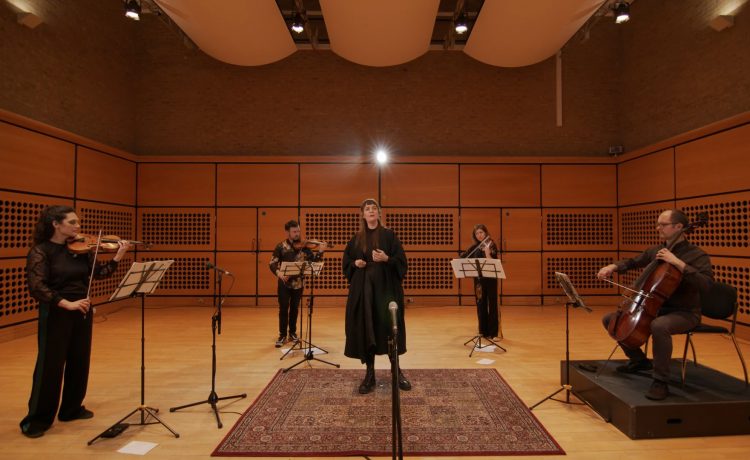 You never know quite what to expect from the Manchester Collective. A moveable feast of musicians, artists and performers, their participants this season include everything from violinists and pianists to electric bass players, body percussionists, composers and film-makers. Their mission-statement may be overloaded with radical buzzwords, but gosh this group can play. And the programming – genre-crossing, associative, thoughtful – is a dream, an answer to anyone still determined to see classical music as a museum.

This live-stream was no different. What looks a bit mad on the page, a collision of John Dowland, Mahler, Beethoven and Caroline Shaw (she of the Kanye West collaboration), makes strange sense in performance. Artistic director Rakhi Singh led a string quartet in Shaw’s propulsive Valencia, digging out the sense of play from among its slightly pat gestures that blend nods to American minimalism with open folk harmonies.

This thread was cleverly picked up later in a sequence of three Scottish folk tunes, with violinist Donald Grant stepping up as the solo fiddler, taking us from the ancient Shetland “Da Day Dawn” to Grant’s own “One for Me”, an irrepressible reel. The ravishing Cavatina from Beethoven’s Quartet in B flat Op. 130 – Singh’s solo line singing with infinite tenderness – was tradition at its most disarmingly powerful.

Soprano Ruby Hughes joined the players for songs chosen, seemingly, for the moment. John Dowland’s pieces mused on isolation – though the (uncredited) arrangements of his two laments “Flow, My Tears” and “Go Crystal Tears” created so much space around Hughes almost improvisatory solo line that loneliness was replaced by something more reassuring – while Ravel’s Kaddish provided a keening prayer of intercession.

But there was sensuality and hope too from the lazy eroticism of Debussy’s Trois Chansons de Bilitis (Hughes at her richest and most persuasive in “La chevelure”) and finally Mahler’s transcendent Urlicht – death reimagined as hope.

This was an hour of music holding a whole world within it.