Manchester United earned the plaudits for fighting back from two goals down against Atalanta in the Champions League, but club legend Paul Scholes was not impressed 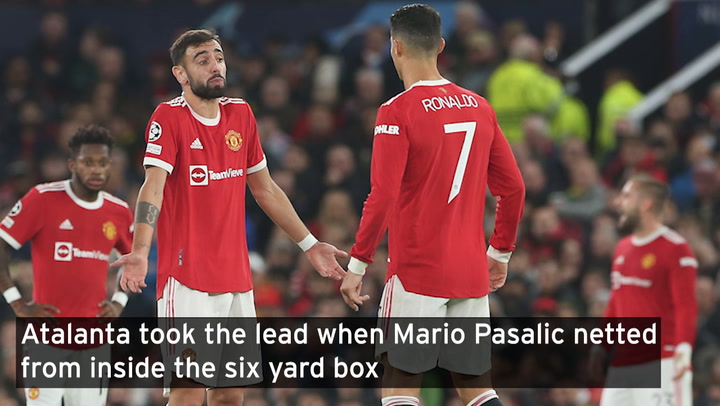 Paul Scholes has teared into Manchester United for their lack of work rate and says their first-half display against Atalanta was “a real worry”, despite their incredible comeback at Old Trafford.

Ole Gunnar Solskjaer’s men looked to be heading towards a defeat that could have been fatal for their Champions League hopes after going two goals down to the Serie A outfit.

Mario Pasalic opened the scoring before Merih Demiral doubled the Italians’ lead to stun the hosts into silence after 45 minutes.

Marcus Rashford notched his second goal in as many games as the striker continues his comeback and Harry Maguire equalised in the second half.

It was left to Cristiano Ronaldo to rescue Man United again with a late winner to put United back in control at the top of the group.

The result provided much relief for Solskjaer, who had seen his side drew with Everton and lose 4-2 against Leicester on Saturday.

But for former United midfielder Scholes, who was working as a pundit for BT Sport’s Champions League coverage, the performance provided cause for concern.

“I get the United excitement but that first half put me off the second half and if United were playing a better team, they’d be out of sight.

“They played Atalanta side who had five players missing, a defender who went off at half-time.

“I get the excitement but there was something about that first half that was worrying. It lacked unity. That was a worrying sign.”

United host Liverpool in what promises to be an enticing encounter at Old Trafford on Sunday, but with the Reds still unbeaten in all competitions, Solskjaer’s men face a difficult task to avoid defeat.

Will Manchester United beat Liverpool on Sunday? Comment below with your predictions.

Scholes warned United that they cannot have a repeat of their first-half display against Atalanta when they face Jurgen Klopp’s side.

“Can they play against Liverpool like that? Never in a million years,” he added.

“It’s a great night, Cristiano the big hero, but the first half was a real worry for me.”

Before the match had begun on Wednesday night, Scholes had already dissected what was going wrong with Solskjaer’s squad of players.

The 45-year-old, who won 13 trophies playing under Sir Alex Ferguson, believes that the current crop of Man United players need to draw inspiration from club legends and work harder.

And Scholes also hinted the Norwegian boss was at fault too for not making his players fight to retrieve the ball.

“I think Ole has assembled a group of top-class players,” he explained.

“Now what he needs to do is make them work hard, but I don’t think they do. They just wait around for the ball especially the forward players.

“Do you think Ryan Giggs and David Beckham sat wide and waited for the ball to come to them? Never in a million years, they were up and down the wing.

Man Utd react after conceding a goal to Atalanta

“The best teams do everything they can to get the ball back when they’re out of possession but this team thinks they can stroll about the pitch and wait for the ball.

“Because they have that talent, they will win a lot of games but out of possession they’re not going to win trophies.” 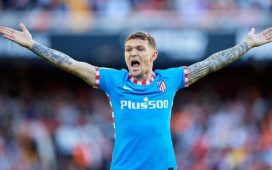