Man Utd under pressure to perform on and off the pitch 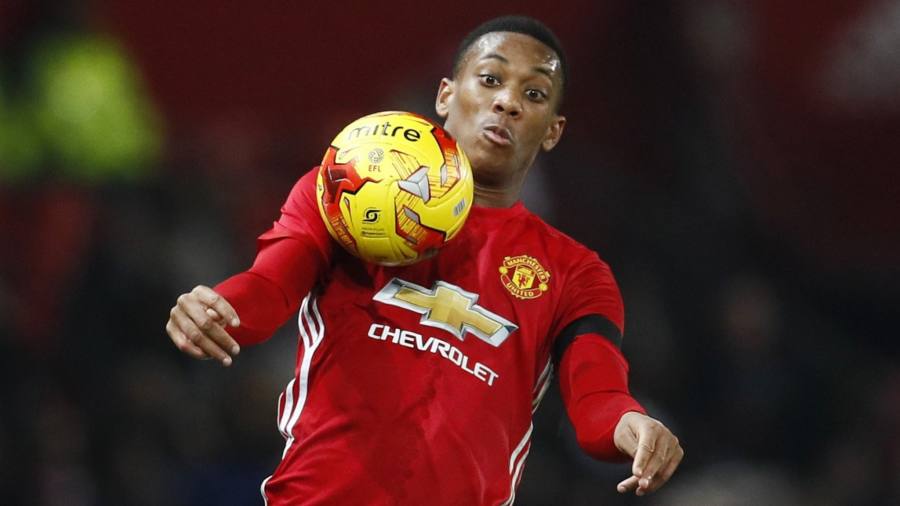 When Liverpool face Manchester United at Old Trafford on Sunday, a victory for the visiting team would cement their position at the top of the Premier League.

But a loss for Manchester United could — depending on scorelines in other matches — plunge the home side into the relegation zone by the end of the weekend.

Such an outcome would further expose the gulf between the bitter rivals on the pitch — just as the financial gap between them is closing off it.

Last month, Manchester United, which for many years has been among the world’s highest earning clubs, projected that revenues would be £560m-£580m this season, the first fall in income for more than a decade.

That is primarily because of the team’s failure to qualify for this year’s Champions League, Europe’s most prestigious and lucrative club competition, where more than €2bn is shared between participating clubs. Meanwhile, revenues at Liverpool are set to rise further from the £455m earned in 2018, after the team won the Champions League last season.

“Other clubs are closing the gap on Manchester United,” said Tim Crow, an independent sports marketing adviser. “If you look at the Champions League, which is so crucial [last season’s finalists] Liverpool and Tottenham Hotspur will earn £200m from participation.”

Manchester United executives have said there are no concerns over the strength of its business, pointing to record income from merchandise sales, season tickets and sponsorship contracts this season.

Ed Woodward, executive vice-president, who was installed in 2013 to run the club by its owners, the US billionaire Glazer family, has said continued financial strength will ensure Manchester United will return to the top of the game over time.

“We and our growing global fan base demand success,” said Mr Woodward during a call with investors and financial analysts last month. “Success means winning trophies. That target and that standard has never changed for Manchester United. The progress we’ve made on the business side . . . underpins the continued investment in the football side.”

In a sharp change to its previous transfer policies, the club has attempted to focus on acquiring younger players rather than ready-made stars. It has hired more scouts, created a new data analytics system to identify players and invested further in its youth academy, all with a view to rebuilding its squad over time. This is a strategy that is broadly similar to the plan deployed by Liverpool over recent seasons.

In the meantime, the resilience of Manchester United’s business is being tested, in particular the team’s attraction to sponsors, which makes up around half of club revenues.

The club has begun to search for a new shirt sponsor following concerns that Chevrolet, the US car brand that is paying $559m in a seven-year deal for its logo to be emblazoned on the team’s shirts, will not renew the contract when it elapses in 2022.

In their pitches to potential new sponsors in recent weeks, Manchester United executives have pointed to research conducted for the club by Kantar that suggests its number of “fans and followers” is growing and has reached 1.1bn people worldwide. This statistic would suggest it is the world’s best supported football club, with more than one-seventh of the global population siding with Manchester United on Sunday.

However, analysts at Deutsche Bank wrote in a recent paper that although the club’s brand is durable it could be tarnished if the team does not regularly challenge for top prizes. That could hit the club’s appeal to a new generation of supporters and decrease the value of future commercial deals.

There are short-term effects as well. United’s knitwear deal with Adidas, worth £750m over 10 years, contains a penalty clause that means failure to reach Europe’s top competition for two consecutive seasons will see it being paid £21m less for each year outside the tournament.

By contrast, companies are taking extraordinary measures for the right to be associated with Liverpool. Last month, US sportswear group New Balance began legal action against the European champions in a last-ditch attempt to prevent the club from signing a new shirt manufacturing deal with Nike worth £70m a year.

“I do believe on-field success drives off-field success,” said Mr Crow. “I have seen for many many years, in particular sponsors who are a big part of United’s business, they go after the hot teams. All my clients want to talk about Liverpool because they are top of the league and won the Champions League.”

There is one unintended upside if Manchester United’s form deteriorates further and the club suffered an unlikely relegation from the Premier League. That could convince the Glazers to sell the club, said John Tinker, a senior analyst at Gabelli, a research group.

Even the most disgruntled fans, who have called for the owners to exit the club, may consider that such an abject failure would not be a price worth paying.