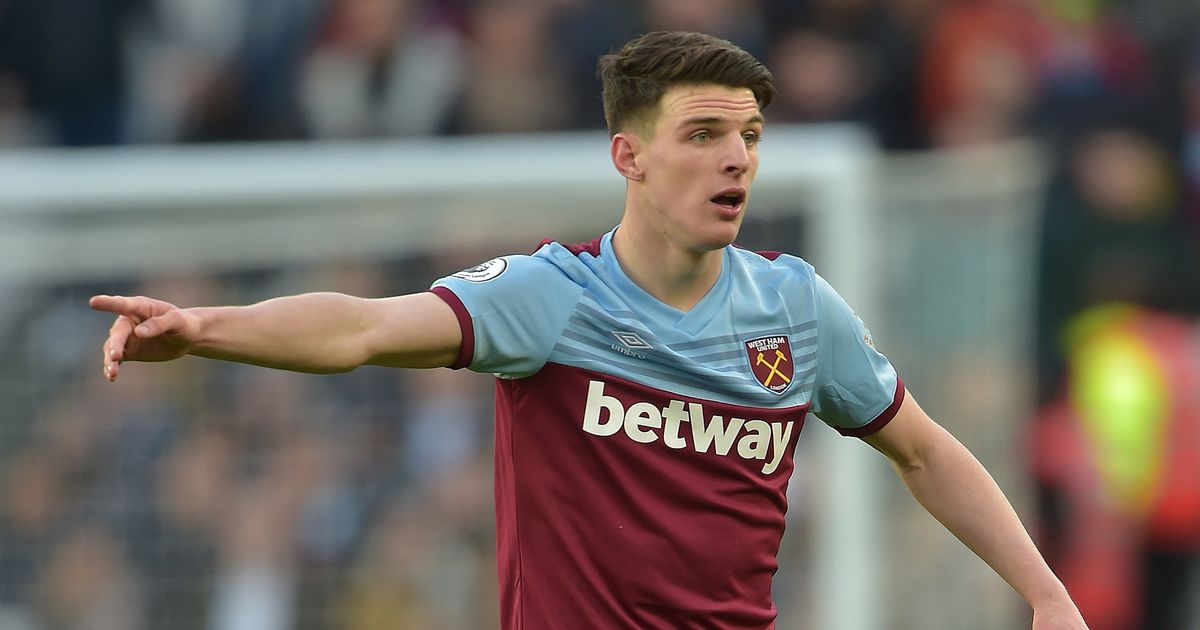 Manchester United were dealt a blow to their Champions League ambitions when a last-minute equaliser saw them draw 2-2 with Southampton on Monday night.

But looking further to the future United want to challenge for the title, and that’s why their summer business could be so important.

The rumour mill never stops churning out speculation linking potential targets with a move to Old Trafford, but it has been working over time in recent weeks.

Here are three of today’s biggest and most intriguing Manchester United transfer stories.

Manchester United have changed their stance on Declan Rice and will now join Chelsea in the
pursuit to sign the West Ham midfielder.

The Red Devils had been linked with a move for Rice last summer only for Solskjaer to cool his
interest in the player, but the Norwegian now sees the 21-year-old as the ideal signing to bolster
his midfield

Football Insider claims Manchester United have performed extensive analysis of Rice during
lockdown and now believe he would strengthen the defensive side of their team ahead of next
season.

Sir Alex Ferguson is believed to be an admirer of the West Ham midfielder, although Chelsea
might have an edge on United in their pursuit of Rice having tracked him for longer.

James Rodriguez has made clear that he is keen on a move to Manchester United, with the
Colombian ‘growing tired’ of a lack of opportunities at Real Madrid this season.

Sport (via Team Talk ) reports United have held preliminary talks with James ahead of a potential
summer switch to Old Trafford, reigniting a long-standing interest that dates to before the player moved to Real Madrid from Monaco.

It is believed James is upset at Zinedine Zidane’s “broken promises” and will do all it takes to force his way out of the Santiago Bernabeu once the current season has been concluded.

Everton and Wolves are also interested in the Colombian, who will most likely have to take a big
pay cut to leave Real Madrid, with the midfielder currently on a massive €7.75m-a-year at the
moment.

Manchester United centre back Phil Jones is on the radar of a number of Serie A clubs who could
offer the player a way out of Old Trafford this summer.

Jones has been at United for nine years, but has fallen down the defensive pecking order under
Solskjaer, with Harry Maguire, Victor Lindelof, Eric Bailly and Axel Tuenzuebe all preferred by the
current management.

The Athletic (via Sports Mole ) reports a number of clubs in Italy are monitoring Jones and weighing up whether to make a move for him this summer.

Both Chris Smalling and Alexis Sanchez have been allowed to leave Old Trafford on loan for Italy
recently, with Solskjaer making an effort to trim the deadweight from his Manchester United squad.