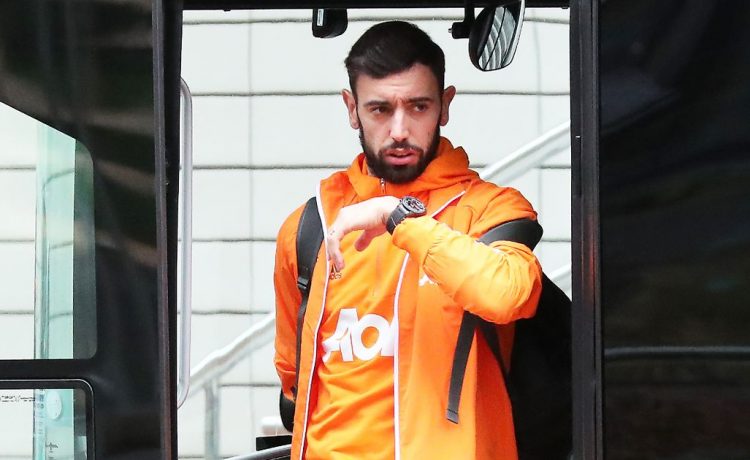 Manchester United have arrived at the Lowry Hotel ahead of their game with Aston Villa tonight.

A win will see the Red Devils draw level with Liverpool at the top of the Premier League.

They will have to do so without Edinson Cavani who begins his three-match suspension having accept a charge for using a racist term.

Ole Gunnar Solskjaer is also unlikely to risk the returning Victor Lindelof who has been absent.

The Norwegian has seen his side win seven of their last nine league outings to quash the early season crisis talks.

A late Marcus Rashford goal saw them beat Wolves 1-0 in their last game of 2020 and they will be hoping to start 2021 with a bang.

The United boss feels as if they have come on mentally since their poor start to the season and has hailed his squad.

“Definitely the mentality is stronger,” he said.

“I think we have competition for places which means you can not go around thinking that you can just fake your way being part of this team because you only deserve to be in a team you contribute to.

“I think everyone has just realised they are privileged to be part of Manchester United, such a fantastic club with a fantastic history.

“When you are here, enjoy it as much as you can and maybe experience some fantastic times.”

READ  PDC World Championship qualifiers react to making the Alexandra Palace: ‘This is one of the best days of my life’

Solskjaer was also questioned on the absentees ahead of the evening kick-off, but didn’t appear to have any worries.

“We have a strong squad,” he added. “We’ll be getting injuries and suspensions, that will happen, but our squad is well capable and ready for every game.”

United’s goal difference is considerably less than Liverpool’s meaning they won’t be able to go top even if they do win.

The Reds don’t play until January 4 when they travel to Southampton.