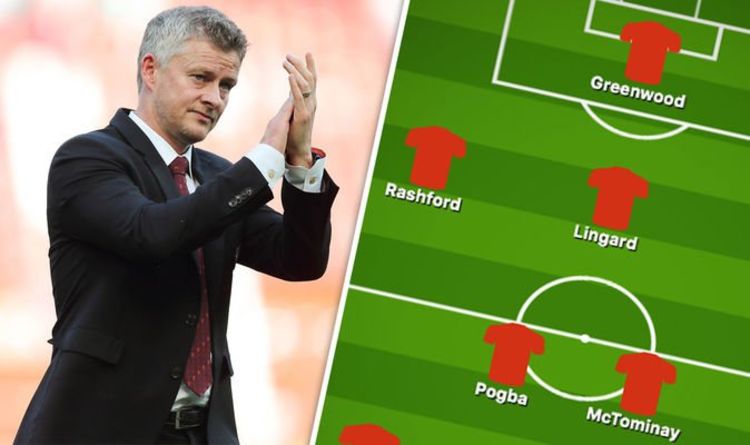 The pair will miss today’s game but are not expected to be sidelined for long.

“They’re doing okay, but they won’t be involved in this game,” Solskjaer told MUTV on Friday.

“They’ll need the international break. Hopefully Anthony is ready for the Leicester game and Luke maybe another week or two after that.

“They’ve got slight injuries that they picked up in the game against Palace, and in one respect, it’s a positive time to get it, because it’s the international break for them, and they won’t miss many games.”

Solskjaer has only used 12 starting players in his opening three games so is otherwise expected to stick to the side he has entrusted so far this season.

The Norwegian has openly called 17-year-old Mason Greenwood the side’s most natural finisher and is likely to turn to him over Marcus Rashford as Martial’s replacement at centre-forward.

“I believe Mason is going to be playing and involved a lot. And when he is, he’s going to score goals,” Solskjaer said on Friday.

As for Shaw’s replacement, club captain Ashley Young filled in for him last Saturday and appears the obvious choice.

Diogo Dalot is still out with injury as is Timothy Fosu-Mensah, whose absence will be lengthier.

Solskjaer has stuck to a 4-2-3-1 formation in the last two games with Paul Pogba anchoring the midfield alongside Scott McTominay and is primed to stick with his strategy.