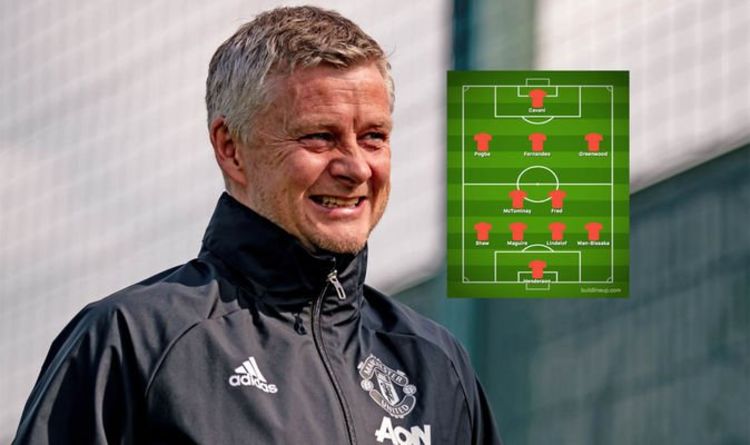 Manchester United boss Ole Gunnar Solskjaer is expected to make four changes for today’s Premier League clash with Burnley. Victory for the Red Devils will boost their chances of finishing second in the table. So Express Sport will now take a look at how they should line up for the match at Old Trafford.

So, with that the case, Dean Henderson should be in line to start against Burnley.

He’s done seldom wrong since coming into the team and impressed on Sunday as Tottenham were beaten 3-1 away from home.

De Gea has been a good servant over the years.

But it’s looking increasingly like the shot-stopper will be sold this summer. Wages of £375,000-a-week mean he’s simply too costly to justify keeping.

Aaron Wan-Bissaka and Victor Lindelof both started against Granada on Thursday, impressing as the Red Devils kept a clean sheet.

Yet while Axel Tuanzebe and Alex Telles sparkled, too, Solskjaer is likely to tinker.

Harry Maguire was suspended for the match against the La Liga minnows and is a regular in the top flight this term.

Therefore, he’s likely to be picked over Tuanzebe.

And Luke Shaw should come in for Telles at left-back, with the England international currently in the form of his life.

Alex Telles ‘to be used in Man Utd swap deal’

United picked both Fred and Bruno Fernandes from the start against Granada.

And they’re expected to keep their place for the visit of Burnley, who are likely to be physical opponents at Old Trafford.

But with Scott McTominay available after serving a suspension, it’s expected the Scotland international will be unleashed from the start.

He’s a big player under Solskjaer and his improvement under the Norwegian has been evident over the course of the campaign.

Solskjaer has insisted he won’t rush Marcus Rashford back from injury, saying: “Big bonus that he didn’t have to put any pressure on his foot, yeah.

“I’ve got to hope that he can be available and not make it worse. That’s the decision I’ve got have to make, so fingers crossed.”

And United could allow Rashford some more time out to fully recover, especially with big matches ahead.

That means Mason Greenwood and Paul Pogba are likely to start on the flanks.

And Edinson Cavani may be deployed in the No 9 role.