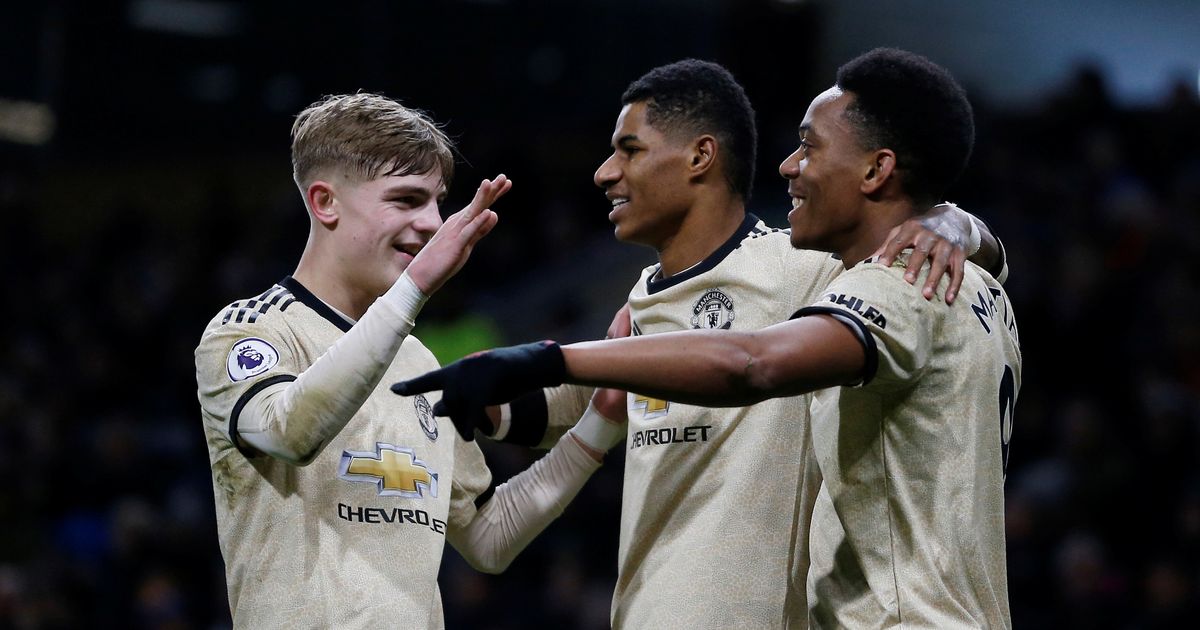 Manchester United moved up to fifth place in the Premier League thanks to Anthony Martial’s first-half strike and a late second from Marcus Rashford at Burnley.

French international Martial pounced the score his 10th strike of the season after Charlie Taylor had given the ball away to Andreas Pereira, who found Martial with a well-placed centre.

Martial could have had further goals on the evening, but saw his second half effort ruled out by referee Mike Dean for a foul, before being snuffed out by home goalkeeper Nick Pope.

Sean Dyche’s hosts were below-par, but did teat David de Gea with a low effort from Phil Bardsley in the second half, before Rashford sealed it for United on the break.

A spectator for much of the evening, the goalkeeper did come under a little pressure the longer the game went on and made a good save from Phil Bardsley.

Possibly lacks the mobility to be a truly effective right-back in the modern game, although he wasn’t helped by an early knock here.

Stood up to whatever was asked of him, and was quietly unfussy in a way that you often need to be to chisel out a win here.

Relished the battle, and didn’t feel the need to show any of the skills on the ball that he’s often praised for.

That was the right decision.

The youngster was heavily involved in the first half, raiding forward and enjoying enough of the ball to show that his teammates must really trust him.

Harshly booked for diving by referee Mike Dean late on.

The main beneficiary whenever Pogba is absent, the Brazilian was tidy in the first half and kept things ticking over on a night he’d have expected to be tougher.

Did what you’d expect of him, which was fine for a game like this.

Did his usual rapid scurrying thing but at times you have to wonder about his end product.

If the Welshman played for Liverpool or Manchester City he’d probably be a right-back.

Was neat and tidy enough in the first half without ever really getting anywhere, before producing admirable desire and hunger to force Taylor into the error that led to Martial’s goal.

A quiet night for the forward, who failed to find much space however deep he dropped in the search for it, before he bagged his late strike on the break.

Grabbed the goal he was picked to score, and took up good positions as he sought to extend that lead in the second half.