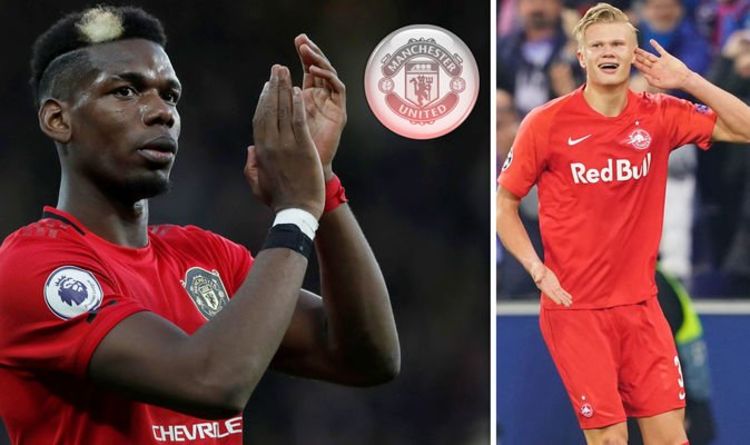 Manchester United are concerned they may struggle to complete a transfer for Erling Haaland because of Paul Pogba and Mino Raiola. Both Pogba and Haaland are both represented by the super-agent.

Ole Gunnar Solskjaer has made his countryman Haaland a top target for January as he looks to strengthen his struggling squad.

United are determined to convince Haaland to join before the start of next season.

The 19-year-old has been in sensational form for Red Bull Salzburg, netting 28 goals and providing seven assists in all competitions.

But according to the Daily Star, United have concerns because Haaland is represented by Raiola, the same man who also looks after Pogba.

The World Cup winner is unhappy at Old Trafford and is looking for an escape route preferably to Real Madrid with Zinedine Zidane.

The growing concern is that Raiola could use Pogba’s future as a bargaining chip and only push Haaland into a move to Old Trafford if the midfielder is granted a transfer to the Bernabeu.

The World Cup winner is said to have no personal problems or animosity towards Solskjaer but feels he won’t compete for top prizes at United any time soon.

The Norwegian was spotted wearing a replica United shirt last week amid reports he is set to move to United.

“But as a team we are always looking for players who can complement the ones we already have. And then we will see what we end up with.

READ  Wolves vs Liverpool prediction: How will Premier League fixture play out tonight?

“That is the most important thing for all players, no matter where you are, that you are enjoying yourself where you are.”

United return to action on Boxing Day when they host Newcastle in the Premier League at Old Trafford (5.30pm).