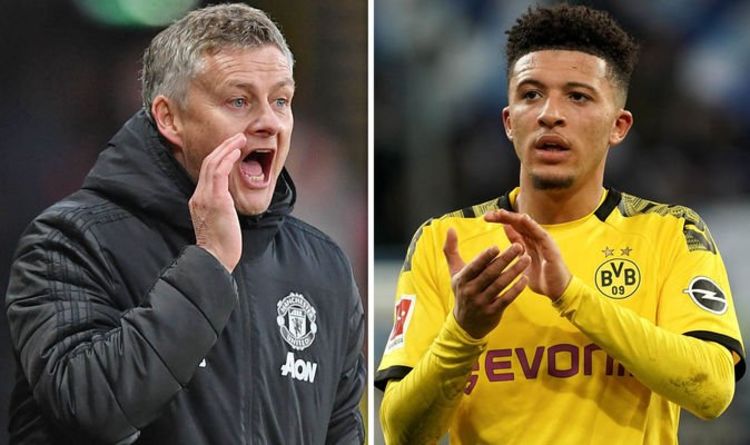 Borussia Dortmund are prepared to listen to offers for Jadon Sancho after beating some of Europe’s best to the signing of Erling Haaland, opening the door for Manchester United to make a move. Haaland was the most highly sought teenager in Europe heading into the January transfer window, but Dortmund won the race for his signature.

The 19-year-old has signed a deal until 2024 as Dortmund agreed terms after meeting the £18million buyout clause.

United were thought to be the favourites for his signature, but Express Sport understands the Red Devils pulled out of negotiations after specific demands from the striker’s representatives.

Both Haaland’s father and his agent, Mino Raiola, were heavily involved in negotiations and it is understood they wanted to get a slice of any future transfer fee.

That was something United were not prepared to agree to, opening the door for Dortmund to swoop in and sign the teen sensation.

Manchester City though could also come in to play as they have the right to match any successful bid for him under the terms agreed when he joined Dortmund back in 2017.

Sancho took the decision to leave City nearly three years ago after feeling his chances of first team football would be limited and he hasn’t looked back since.

He immediately became a regular at Signal Iduna Park and finished last season with an incredible 19 assists across all competitions as well as 13 goals.

And he has continued in the same vein this campaign, registering 12 goals and 13 assists through 24 matches.