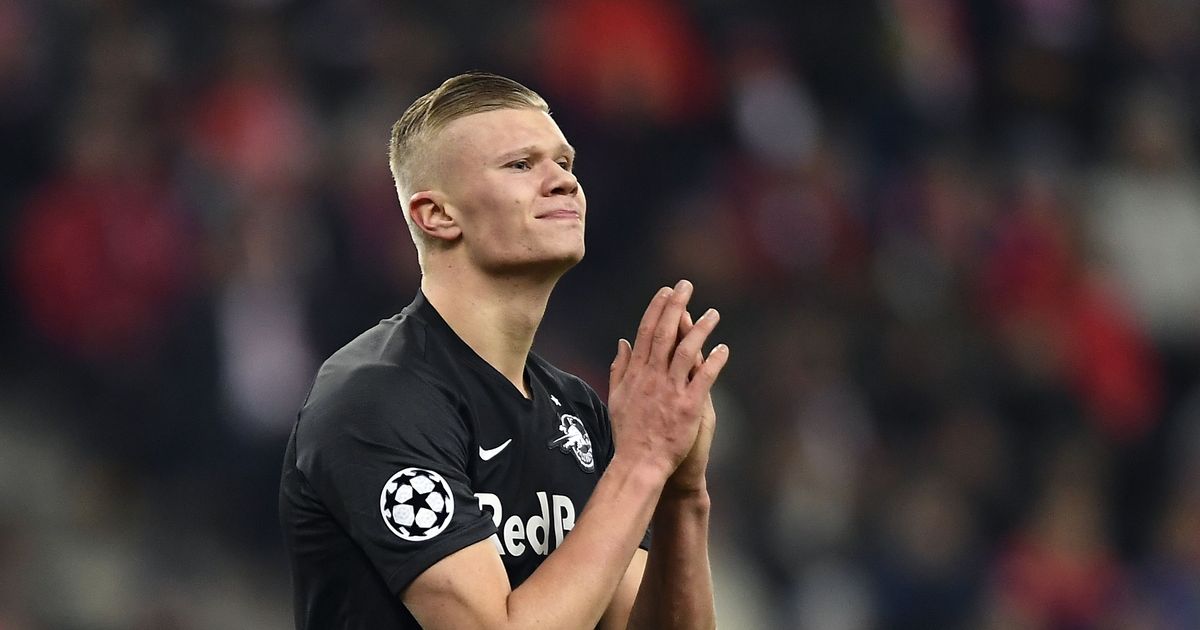 Manchester United bosses are worried that their pursuit of Erling Haaland will effect their ability to keep hold of Paul Pogba.

The Red Devils have made RB Salzburg striker Haaland their top transfer priority – a swoop a high probability in January as he apparently has a £17million release clause in his contract for next month.

But with most of European football’s giants all chasing the Norwegian, United are concerned that super agent Mino Raiola could hold them hostage, according to the Daily Star.

Raiola represents Haaland and United midfielder Pogba – who has made his desire to join Real Madrid very public.

Top brass at Old Trafford think that Raiola will help persuade Haaland to join the club, with his previous working with Ole Gunnar Solskjaer at Molde a huge selling point, but with the agreement that the France World Cup winner can depart.

Solskjaer made it clear last week that Pogba, who has spent much of this season injury, will not be departing in January.

“He is not being sold in January,” said the United boss.

“I hope he will play before the end of the year, but I am not going to push him. I can’t risk any setbacks or injuries.”

Solskjaer added about Raiola: “Players can choose their own representatives.

“I had probably my best friend looking after me and it is so important that every player has complete 100 per cent trust in whoever represents them.

“Agents work for the player. The player is in charge.

“I don’t have any issues about who represents players because I don’t really speak to them. I have got nothing to do with the money.

Haaland, who is also wanted by Borussia Dortmund, Juventus and Barcelona , has scored 27 goals in 20 games in all ­competitions for Salzburg this season.

He would like be handed a long-term deal at United worth around £150,000-a-week.