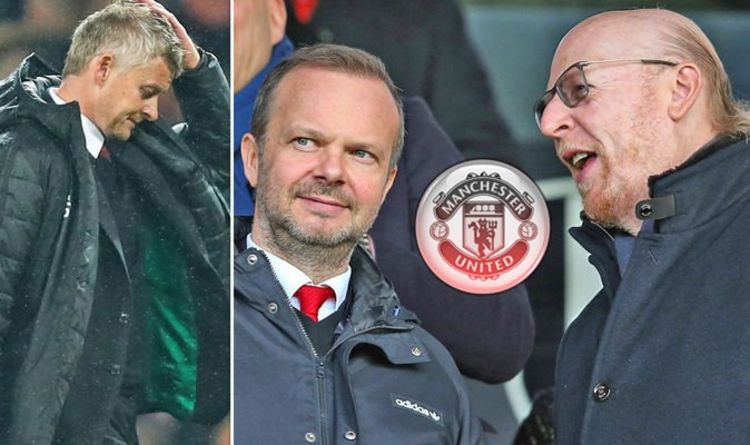 When Manchester United chief Ed Woodward unveiled Ole Gunnar Solskjaer as the club’s permanent manager back in March, just days after the most dramatic of Champions League wins against Paris Saint-Germain, fans were happy.

Finally, they had a Red Devils man in charge. Somebody who played, and won, at Old Trafford when they were a superpower under Sir Alex Ferguson. Somebody who knows the club and knows what expectations are.

In the time since, however, Manchester United have struggled. Any feel-good factor installed by 14 wins from 17 matches when Solskjaer took over has faded.

We’re seven games into the new Premier League campaign and United sit 11th in the table having amassed nine points from seven games.

To make matters worse, the football is as dire as the results. While United performed well when Solskjaer took over temporarily back in December, those rip-roaring displays have now turned into drab, tiresome matches.

They believe Solskjaer needs time and are willing, for now, to give him it. That’s the party line that Woodward is putting out there.

The problem is, though, that United have made these types of assurances in the past.

It was the same for David Moyes, right up until Paddy Power’s Grim Reaper at Goodison Park signalled the end of his Old Trafford reign.

That’s not to say United will change their mind. They might not.

But if Tottenham manager Mauricio Pochettino becomes available – something that’s not beyond the realms of possibility – Woodward may be tempted to make a change.

Because the Argentine has been in Woodward’s sights for years.

United look at Pochettino before going for Van Gaal in 2014. After seeing a trophyless Moyes fail at Old Trafford, though, they turned to the Dutchman instead.

At the time, the Tottenham boss was at Southampton. He was doing well, too, and got his managerial move to north London that same summer.

United went for Van Gaal on that occasion because of the trophies. Having been successful at Bayern Munich and Barcelona previously, he appeared the safe bet.

Two years later, though, and Woodward was eyeing Pochettino again.

Links to Mourinho were well-documented but, privately, the United chief believed the Tottenham boss would be a better fit.

However, he knew Spurs wouldn’t let him go. As a result in came Mourinho and, to his credit, trophies arrived at the club as well.

When Mourinho lost his job in December, Pochettino was among the favourites to take the job.

There were even murmurings the Spurs manager was eyeing the Old Trafford hotseat before it was given to Solskjaer instead.

He’s a United man, after all. He’s somebody to keep fans happy while they count down until the glory years return.

But if things continue to worsen, then Woodward may end up going for Pochettino to fulfil his own ambition.

At this rate, though, it’s hard to predict whether or not the Argentine would be an upgrade.