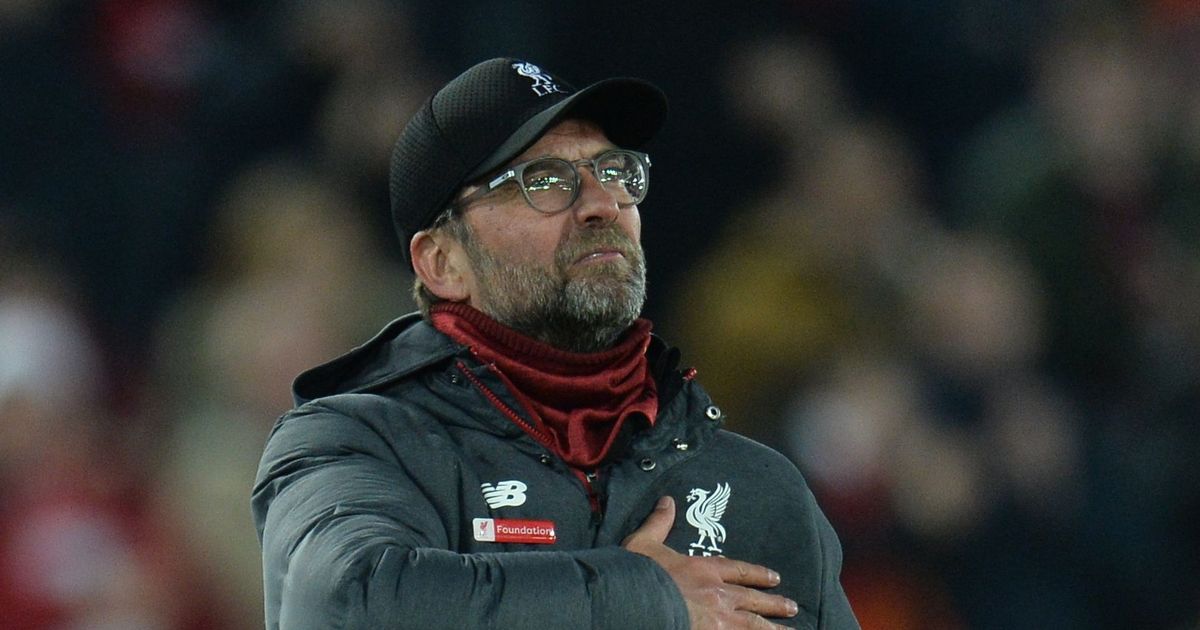 The fact Arsenal and Manchester United go into Wednesday’s clash 31 and 24 points behind leaders Liverpool should serve as a massive reminder to the Reds that they need to be making hay while the sun shines.

That they need to be planning for life after Jurgen Klopp now because, as those two clubs have found, and as their own history has shown, famine can easily follow feast if complacency is allowed to set in.

In the decade that followed the Premier League’s inception back in 1992, Arsenal and United were the dominant forces in the English game.

Epic battles between the two sides were commonplace and Liverpool could only look on with envy as they recalled the days when it was they who were sitting on the perch.

When I joined Liverpool, there were reminders all around the club of the glory days from two decades earlier.

Yet they were so busy looking inside their little bubble that they didn’t notice the things happening elsewhere, and ended up paying a heavy price.

United and Arsenal modernised and moved forward, winning all but one of those first 12 Premier League titles between them.

Sir Alex Ferguson regularly breathed new life into his teams and David Gill cleverly used the additional sums that the Premier League brought in for his club.

Since their departure, however, the club has become reactive rather than proactive, with Ed Woodward’s galacticos approach to managerial appointments and player recruitment tantamount to football illiteracy.

READ  Match of the Day running order: When Man Utd, Liverpool, Arsenal and Chelsea will be shown

At Arsenal, it has been 15 years since they stopped looking outside of their bubble and they have paid a heavier price than United.

Arsene Wenger was allowed to run everything after David Dein’s departure, and that was idiocy as well.

So I hope Liverpool owners FSG are looking at United and Arsenal and knowing that now is the time to make sure that when Klopp does go — and he will, one day — the club will continue to enjoy the same sort of success they are enjoying now.

Because the only club I know for sure are doing that at the moment is Manchester City.

If they got rid of Pep Guardiola right now and brought in a replacement with a similar philosophy, we already know those in positions of power at the Etihad will be making sure they have robust mechanisms in place to be able to roll with the punches in the way United and Arsenal did not.

Football is like any other great industry in that, if you reach the top you have to work even harder to stay there because, if you don’t, you won’t stay there.

Look at Tesco, the Co-op, Sainsbury’s… when all of those companies have been top of the tree and have taken their position for granted, a rival has come along and undercut them, made their supply chain better or introduced a different range to steal their thunder.

Success can disappear far more quickly than it arrives.

United and Arsenal might consider themselves lucky to be only 24 and 31 points off the pace as 2020 begins, because it could get much, much worse for them before it gets better.