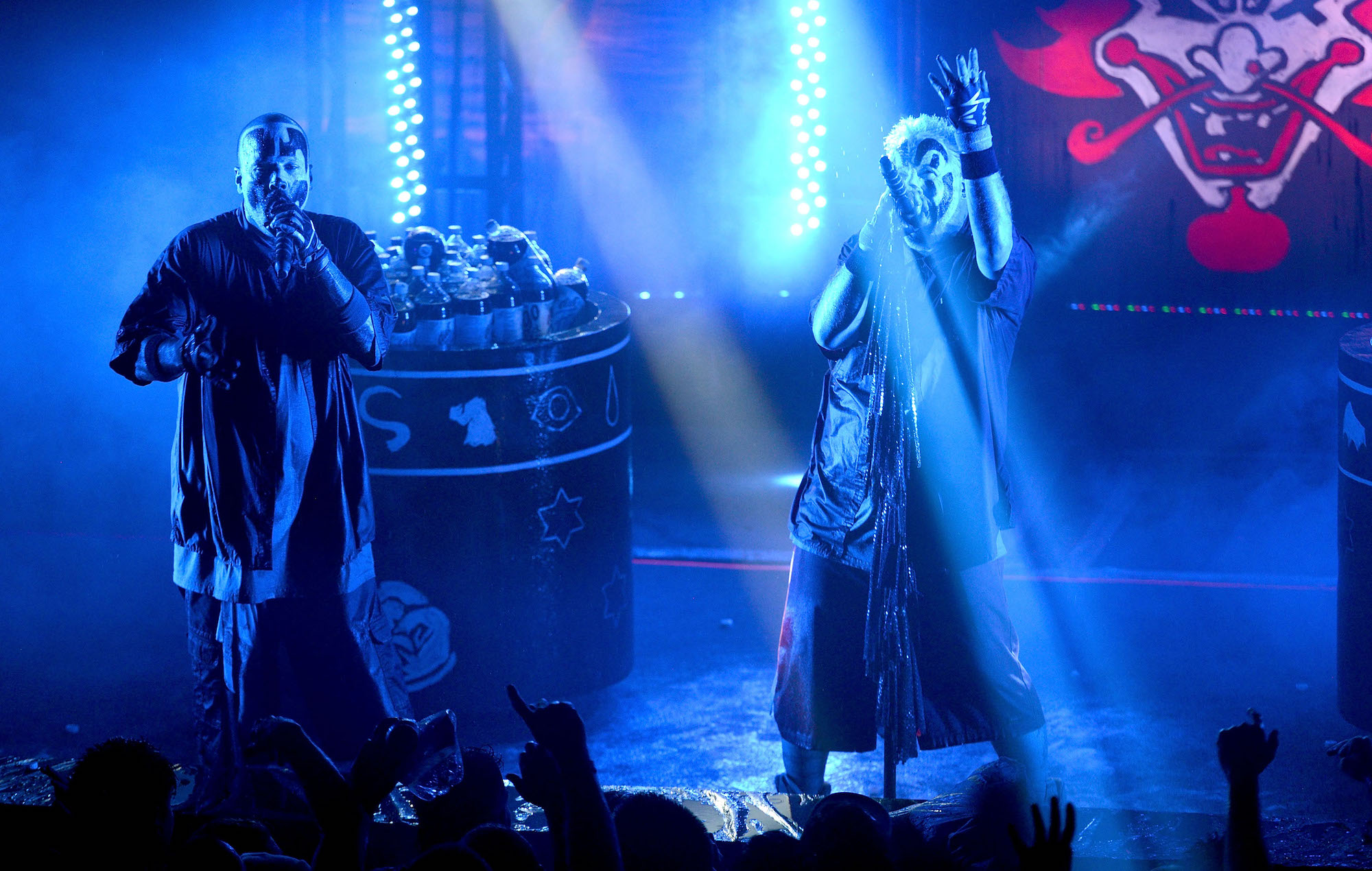 Adam Batton is suing the organisers of the event for negligence

A man from Ohio has filed a lawsuit after a legless Juggalo allegedly crashed a golf cart into him at the 20th annual Juggalo festival, attended by fans of Insane Clown Posse.

The event took place at the Lawrence County Recreational Park in Springville, Illinois between July 31 and August 3.

Adam Batton is reportedly suing Ninjas In Action, the group who organised the 20th annual Gathering Of The Juggalos, filing against them for negligence in Indiana Superior Court. He claims he sustained serious and permanent bodily injuries in the alleged incident.

The man claims that, while the festival’s rules banned the use of golf carts, four-wheelers or motorised vehicles, there were many carts driving around the venue. Batton himself says he bought a small motorised bike to drive around the festival.

At one AM on the event’s last day, he says he was riding between the Bizarro World tent and the Drainer Rd. Pavilion when a golf cart with no headlights began driving down the hill towards him at high speed. Batton claims a Juggalo called Alexander “Less Legs” Perkins was driving the cart and that it was Perkins who crashed into him.


In the lawsuit, Batton said: “Perkins was operating the golf cart peddles with a baseball bat, and after the collision it was apparent he was intoxicated on drugs and/or alcohol.”

Speaking to TMZ, Perkins disputed Batton’s claims. The Juggalo, who is not listed as a defendant in the suit, said he had permission to drive the cart because of his disability and alleged that Batton was driving in the wrong direction down a one-way road and crashed into him.

Perkins also stated that he was “stone-cold sober” and that he sustained his own injuries during the crash.

Batton is said to be seeking damages for loss of income as well as medical costs from the festival organisers and park officials, saying they failed to take reasonable measures to protect his safety and enforce the rules of the event.

The festival organisers have yet to comment on the lawsuit.

READ  From Mean Girls To The Meme Monkey: The Best Democratic Presidential Debate Tweets
Share on FacebookShare on TwitterShare on PinterestShare on Reddit
newsgrooveAugust 30, 2019