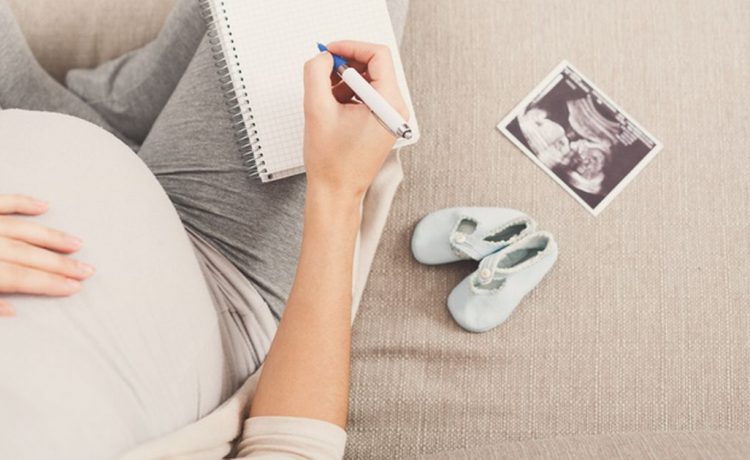 A new mum has left her husband feeling more than a little bit angry after revealing that she has named their child after her boss.

The woman took to Reddit to ask if she was being an “a*****e” for changing his name after they previously agreed on a different name.

The woman’s dad and husband’s brother share the same name – and the couple previously agreed this would become their son’s middle name.

But while heavily pregnant, the woman was working away from home with her boss, who she considers a mentor.

After unexpectedly going into labour, her boss and colleague supported her at the hospital, while her husband was stuck at home.

Now she has sparked an argument with her husband by changing their son’s middle name when filling in his birth documents.

In the post, she said: “My husband’s brother and my dad have the same name.

“When I got pregnant and we found out it was a boy, we already had boy names picked out so the debate was over the middle name.

“At first I didn’t care that much for middle names ( nobody in my family really had one, including me).

“However, my husband said it was an important tradition in his family to pick middle names that mean something to the parents of the child.

“After a lot of back and forth over some candidates, we concluded that obviously my dad and my husband’s brother are two of the most important people in our lives.

“Their shared name didn’t flow badly with the first name we had selected but I always thought it was really basic.

“During my pregnancy my husband was vocal about not liking how much time I was spending working.

“I am a manager at a consulting firm so I have to travel a lot.

“Our culture is a very close knit one and my boss has been a wonderful mentor to me and pretty much has become like another parent to me.

“Two months ago, I decided to take on a large project at a client site.

“I had limited contact with my husband while living in a hotel but when I had a chance to talk to him, I had asked what he thought of an abbreviated form of my boss’s name, which was a pretty unique Italian name.

“My husband kind of made a sound into the phone and said ” I wouldn’t be crazy about it. Just no.”

“When he asked if I had any other suggestions, I really didn’t besides my dad’s name.

“I went into labor unexpectedly two weeks ago. My boss ended up having to comfort me and ended up riding with me to the hospital and stayed until after I gave birth.

“My husband was a plane ride away so he couldn’t make it in time and he was distressed over the phone about that.

“After I had given birth my boss and later another coworker ( my best friend at work) ended up being the first to see the baby and take pictures.

READ  What happened when I tried a course of reiki

“When I got the papers for naming my son, I put down the first name my husband and I discussed.

“However, I realized that my boss was the one who was there for me, and I was so blessed to have such a good relationship with a mentor.

“So I asked him if he’d mind if the child’s middle name was his name, and he was extremely happy and said he’d be honored.

“So I put my boss’s name down as the middle name.

“When my husband showed up and found out, he was furious.

“He said he didn’t approve of this in any way and that he would agree to any other name.

“When I said that my boss literally was there for the most painful moments of my life, and during a premature birth nonetheless.

“My husband said that this never would have happened if I didn’t take on this project.

“He also laid into me, saying that if this was a way to win more brownie points from my boss then congratulations it worked and said he was sick of my firm’s culture where people need to be favorites in order to advance and called my actions sycophantic.”

The post received hundreds of comments from users, with many feeling that the man has a right to feel upset.

One user replied: “Not only does your husband miss the birth of his child, but to add to it, you picked a name he already had said he didn’t want.

“You admitted yourself that you didn’t care about the middle name, but it was very important to him.”

Another commented: “You KNEW your husband didn’t like the name but did it anyway???

“That’s a truly horrendous unilateral decision to make. Change it to the name you were both comfortable with ASAP.”

A third added: “So you already agreed on a name. Then you proposed a new name which your husband said no to.

“Then you did whatever you wanted anyway. Just wow.”