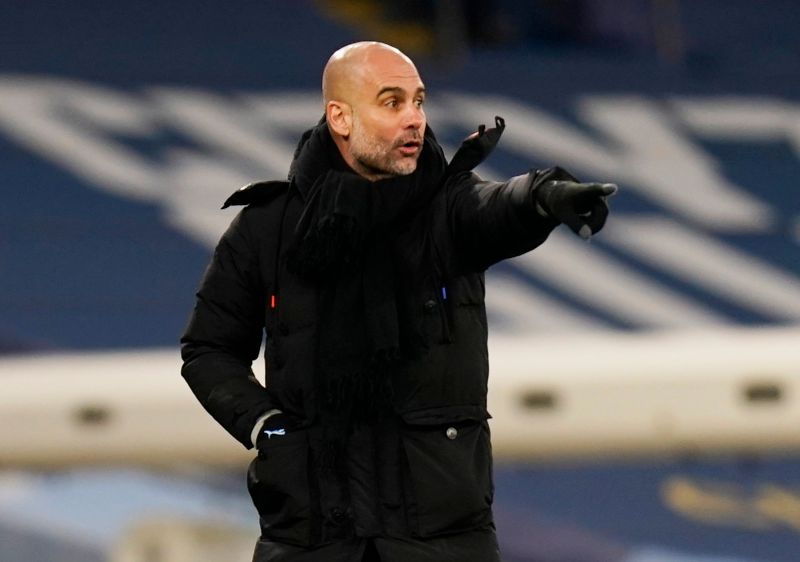 (Reuters) – Manchester City manager Pep Guardiola sympathised with his Liverpool counterpart Juergen Klopp after the German admitted his side’s title hopes were all but over following a dismal run of form.

Saturday’s 3-1 defeat at Leicester City left champions Liverpool 13 points behind leaders Manchester City having played a game more, and even led to speculation that Klopp could walk away from the club.

The German on Monday said that he was determined to turn around Liverpool’s flagging fortunes and that he did not need a break from management.

“I have a lot of sympathy, what he produces in football is exceptional. His philosophy makes football attractive for spectators,” Guardiola told reporters ahead of Wednesday’s Premier League game at Everton.

“We all have good moments and bad moments, no manager can sustain it for seasons and seasons. Sometimes it’s good to lose to realise how difficult it is.

“When you come back and win games you get more credit.”

Guardiola said midfielder Ilkay Gundogan is making progress after sustaining a groin injury but is expected to miss the trip to Goodison Park, while striker Sergio Aguero will be among the substitutes.

Gundogan, who has scored 11 league goals this season and was January’s Premier League Player of the Month, limped off in the second half of Saturday’s 3-0 victory against Tottenham Hotspur after netting twice.

“Gundogan is much better, but I don’t think he is available. The rest of the players are OK, except Nathan Ake,” Guardiola said.

“Sergio is one year injured so cannot start. But he is ready to come back. He was on the bench last game and will be again.

Guardiola also confirmed Belgian playmaker Kevin De Bruyne has returned to training as he steps up his recovery from a hamstring injury.