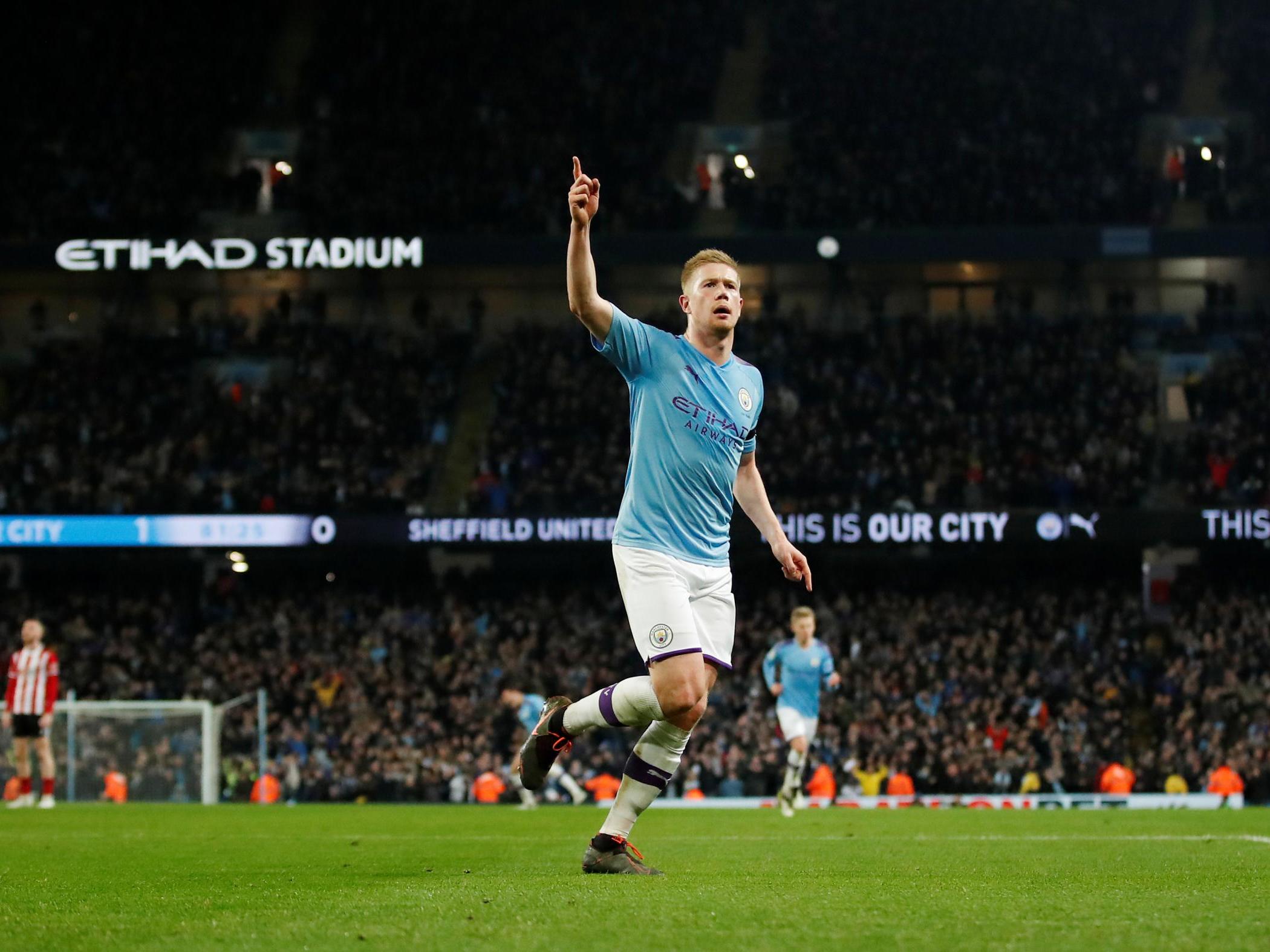 After marginal offsides and contentious handballs, add ‘official obstructs player’ to the Premier League’s growing list of farcical refereeing incidents this festive period. The Sheffield United analysis team, sat nearby the Etihad’s press box, were incensed when referee Chris Kavanagh appeared to block John Fleck in the build-up to Sergio Aguero’s breakthrough for the opening goal, but it stood.

Like many seen over the last few days, it was an odd but technically correct decision. Under rules introduced at the start of the season, play must be restarted if the ball hits a match official. That was not what happened here. Kavanagh narrowly avoided touching the ball, instead only impeding Fleck’s attempt to play it. There is no rule against that. It was right that the goal was allowed.

Yet Chris Wilder, his analysts and the away end could certainly count themselves unlucky to be on the wrong end of this game’s pivotal moment. Manchester City had done little to deserve the lead up until Aguero’s 52nd-minute opening goal and, on another day, may have found themselves three ahead by half-time. Lys Mousset saw a well-taken strike ruled out by VAR for a tight offside and squandered two golden chances.

Pep Guardiola will be concerned by how his side defended at times, especially in a first half when they were decidedly second best, but perhaps that was understandable given the lack of recovery time between this game and Friday night’s defeat at Molineux. Once fortuitously ahead, City assumed control. Kevin De Bruyne – architect of the breakthrough – added a second to inflict United’s first away defeat since January.

Given the circumstances, this was ultimately a good win for the champions after a bad start. City, unsurprisingly, began like a side who had played less than two full days ago. The champions lacked their usual verve and imagination, with simple passes sent astray and too many speculative efforts from range. It was instead the visitors who repeatedly cut their way through, creating three excellent first-half opportunities.

All fell to Mousset but he squandered the first, skewing a header wide from inside the six-yard box after connecting with Callum Robinson’s cross. He showed greater composure as the half-hour mark approached, when he slipped a finish underneath Claudio Bravo after City’s backline had been torn in half by Fleck’s delivery.

But only hours after those around the Etihad had bemoaned VAR’s influence on events at Anfield, it came to their rescue. Moussett had strayed beyond Eric Garcia. It was not a marginal call – more all five toes rather than just a toenail – but close enough for the travelling support make their disapproval known. Such is the ill feeling towards VAR in these parts, some home fans joined in.

City were off the hook but failed to learn their lessons. Shortly before the break, a crisp long ball out of defence by Oliver Norwood sent Mousset through once more. He showed none of that same composure this time, drilling tamely into the side-netting from a narrow angle. For Guardiola and his players, it was yet another lucky reprieve but not as fortunate as what was to come.

Despite Wilder’s protests of Aguero’s goal, replays confirmed that Kavanagh avoided touching the ball but his presence certainly impeded Fleck, whose touch was unsurprisingly poor. De Bruyne, the last player United to present the ball with deep in their own half, looked up and slipped in Aguero. The Argentine applied that trademark finish he has treated the Etihad’s Family Stand to over the last eight-and-a-half years, firing across Dean Henderson’s body from the inside-right channel.

City did not come under much pressure after the goal and United struggled to be as incisive as they had in the first half, but Guardiola still wanted a second goal. Seven minutes from time, it came through De Bruyne. The Belgian supported Mahrez on a mazy run through the middle of the park and once he received the ball, stepped to his right and struck left beyond a stranded Henderson. This is the quality that City can count on.

And United’s misfortune would not end there. Billy Sharp, introduced shortly after City’s second, believed he had reduced the arrears when he sent a late header against the inside of Claudio Bravo’s right-hand post. It bounced down onto the line, trickled across the face of goal but never crossed over. Just Wilder’s luck, but even that would have been scant consolation on a day when the ball simply did not bounce United’s way.