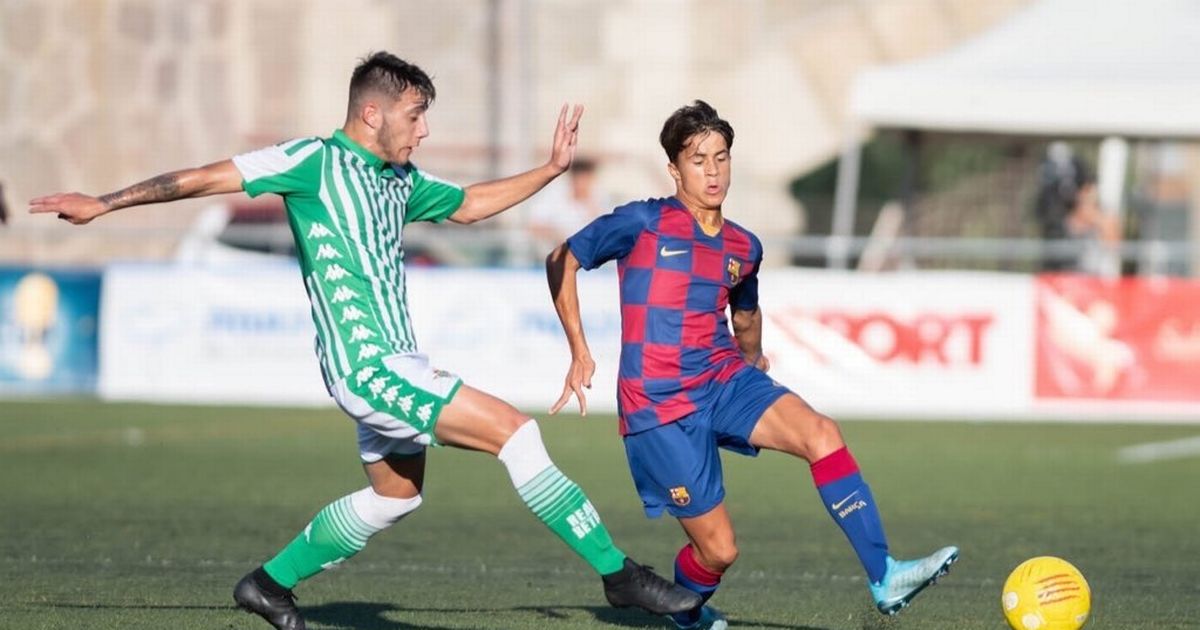 Manchester City are set to complete the signing of Barcelona starlet Juan Larios in January, according to reports.

Larios, 15, has been tipped for big things after emerging from Barcelona’s academy and was also being monitored by Manchester United , Liverpool and Chelsea .

However, recent reports indicated that City had beaten their Premier League rivals to his signature and The Daily Star claims that the left-back will sign his first pro contract at the Etihad Stadium when he turns 16 on January 12.

According to the publication, Barcelona had been in talks to make him one of the highest-paid members of their famous academy, but the Spanish giants are now understood to have accepted that his future lies elsewhere.

And Patrick Kluivert, Barcelona’s Academy director, indicated that Larios is likely to leave when recently asked about the subject.

Speaking to ‘El Transistor’ (via Sport ), Kluivert said: “Letting a player go away is a great shame. If players don’t want to be in Barcelona, that’s it.

Larios is set to become the third youngster to leave the La Liga champions for City in recent years, with Eric Garcia and Adrian Bernabe joining Pep Guardiola’s side in 2018.

City will be required pay Barcelona a small compensation package for the defender’s signature under FIFA regulations.

Larios is believed to have turned down offers from Liverpool , Arsenal and United after they refused to match the offer made by City when given the chance.

It is also understood that the the large number of the Spanish players and staff at City was a major factor in his decision, as well as the belief that the Premier League champions would provide the best environment for the teenager’s development.