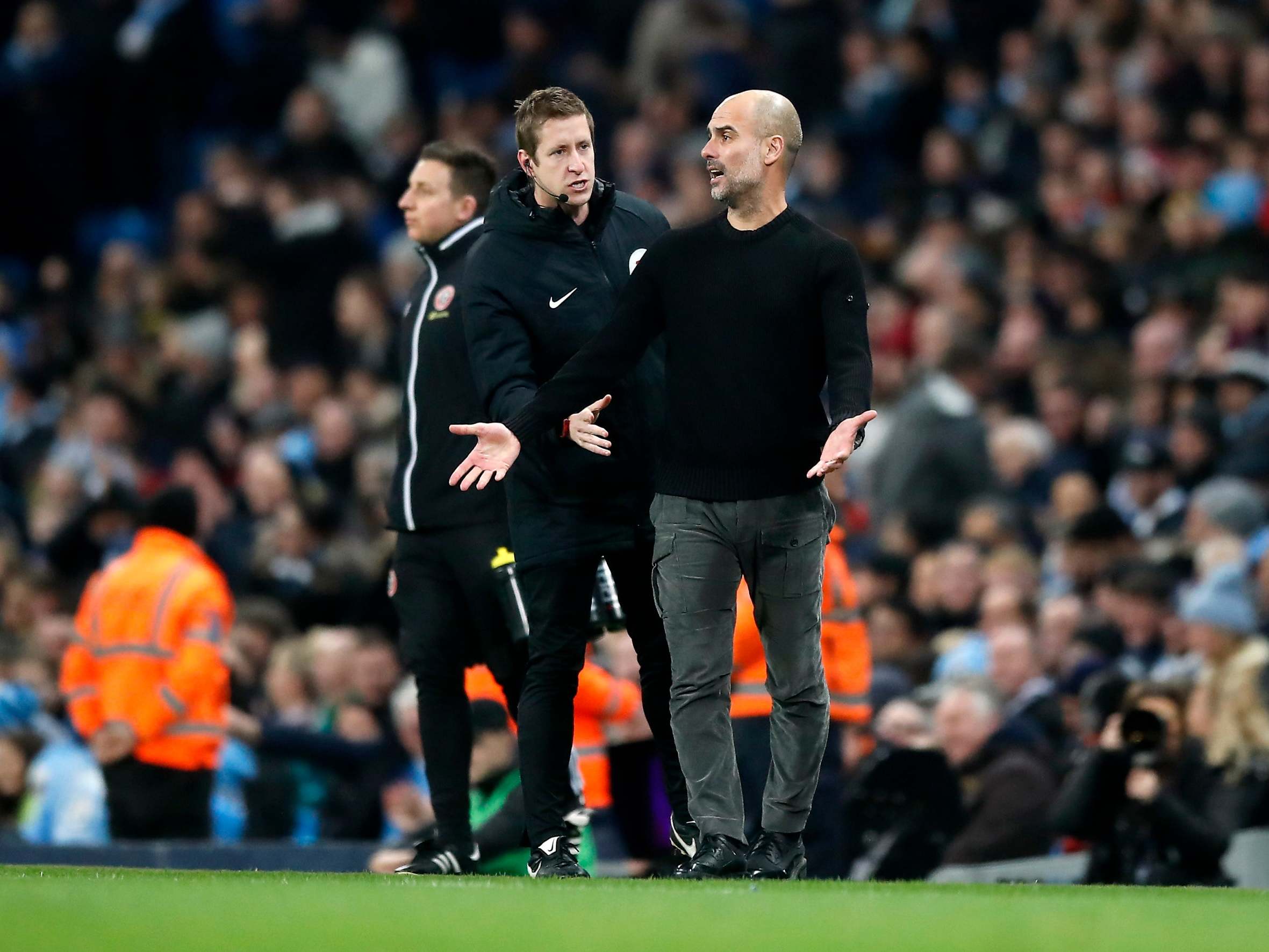 Manchester City manager Pep Guardiola declared the VAR video review system a “big mess” on Sunday after a weekend which saw a series of controversial decisions from the system.

VAR was introduced in the Premier League for the first time this season and there is no sign of the controversies dying down nor of fans warming to the use of the technology.

“Every weekend is a big mess. In other games, it was a big mess. Hopefully next season, it can do better,” said Guardiola after City’s 2-0 win over Sheffield United on Sunday.

It was one of several games which saw a goal overruled for the most marginal of offside calls, after VAR’s geometrical lines had been used to deliver a time-consuming verdict.

The Yorkshire side looked to have grabbed the lead through Lys Mousett in the 28th minute but the goal was ruled out after a VAR review found the slimmest of margins for offside.

Moments after the incident, both sets of supporters expressed their opposition to VAR in a loud, united chant, while United fans also adopted the ‘It’s not football any more’ anthem that has become a familiar refrain at various games.

United manager Chris Wilder noted Norwich City forward Teemu Pukki had a similar goal ruled out for a fractional offside decision in their 2-2 draw with Tottenham on Saturday and said there had been “eight or nine” incidents over the weekend.

“There’s no conclusive evidence, blurred lines and angles. There needs to be a more clear way of defining it,” he said.

Asked about the City fans joining in with the visitors in expressing strong opposition to VAR, Wilder said he was not surprised.

“Up and down the country, all the people at Norwich, a four-letter word about VAR, these are proper football people,” he said.

Asked whether the system needed to be reformed or fully scrapped, Wilder said: “Its not my decision, it has to improve. Yet again, it’s the first question, eight or nine goals knocked off.

“Where there’s so much debate on every goal, it will be analysed yet again. I just don’t think it’s been refined enough to make a difference.”

“I’ve been to see the referee and he has been honest about it. We make mistakes and I believe he made one too,” said Wilder.

“We talk about the new rule where if the referee touches the ball then he has to blow up. So surely if he is in the way and hinders us, then he makes a sensible decision.

“If he made the sensible decision then I don’t think anyone in the ground would have said anything about it.”