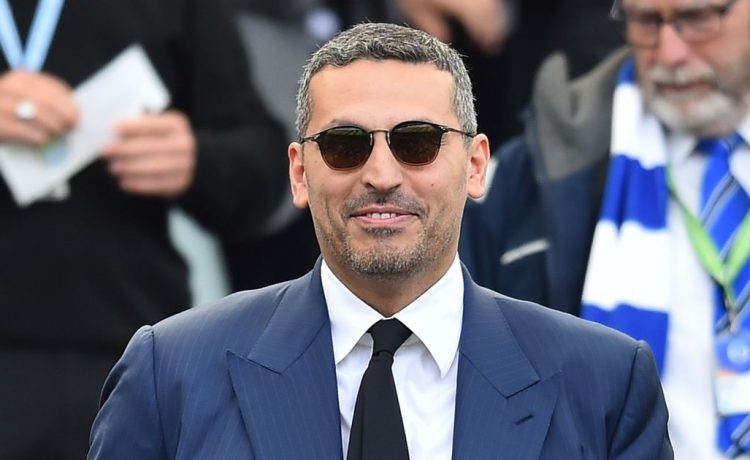 Manchester City chairman Khaldoon Al Mubarak has confirmed that the club will be looking to make a big-name signing to replace Sergio Aguero this summer.

Aguero ended his 10-year spell at the Etihad Stadium with a disappointing defeat in the Champions League final last weekend.

The Argentine was not included in the starting line-up, with Pep Guardiola coming under fire for the side he named for clash in Porto.

But Al Mubarak insisted that the club was firmly behind the Spaniard, and that they would be looking to replace Aguero this summer, with the likes of Harry Kane and Erling Haaland linked.

“One of the things I’ve learned over the years is, you need to constantly bring in talent into the team, refresh and particularly when you are at a high level and when you’re on the top,” he told mancity.com.

“Having won the league, it is not the time to sit back and be content. That would be your biggest mistake.

“This is the time to send a strong message, that there’s no contentment, that you’re not satisfied with just winning the league.

“That’s great, but you want to win it again and you are committed and you are bringing more talent that is going to compete, not for the squad, but for the starting XI.

“We lose a very important legend in Sergio Aguero. They are very hard shoes to fill, but I’m confident that we will find the right player to fill those shoes.

“There are other areas within the group, within the team that obviously need investment. Not too many. It’s not about numbers, it’s about quality.

“I think the squad is a phenomenal squad. You don’t win the Premier League and you don’t reach the Champions League final if you don’t have an incredible squad and we have that.

“We will bring quality into the squad in a couple of key positions.”