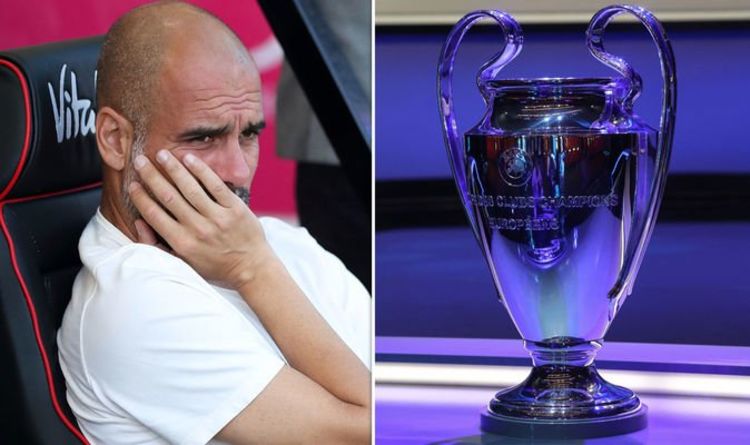 Manchester City manager Pep Guardiola has warned that he will be trying his hardest to win the Champions League this season but says the pressure of trying to achieve the club’s first European triumph won’t affect their domestic ambitions – something that is sure to worry Liverpool fans.

Liverpool won their sixth European Cup last season when they beat Tottenham in the Champions League final in Madrid.

City, however, were knocked out by Spurs in the quarter-finals, the same stage they were dumped out at in 2018 against Liverpool having yet to progress past the last eight under Guardiola.

Guardiola’s side did, however, manage to win their second successive Premier League trophy and will be looking to do the same this season as the Reds – who finished second last term – seek to end a 30-year title wait.

But the Spaniard has warned that although the Catalan coach is expected to bring European glory to City for the first time before he leaves the Etihad, he does not feel any extra pressure to do so and the club’s hopes of a third straight league title will be unaffected.

“OK, I have to try [to win the Champions League]. I know the reason why we’ll be judged,” he said.

“But I’m an honest guy to myself and there are incredible teams in Europe.

“As strong as we are, one mistake and you’re out. The important thing is being there. We’ll see how we do.

“Of course we want to win it. We dream of it and we work for it.

“I know it’s important and if it happens it will be important.

“But I will be the same guy. I’ll wake up in the morning, work a lot, go to sleep as early as possible, eat good, take care of myself as best as possible and love the people I love.

“I’m going to do my best, but it’s not going to change my life.”

Guardiola hasn’t won the Champions League since 2011 with Barcelona, the same club he won his first one with in 2009.

Both those games were against City’s cross-town rivals Manchester United, who failed to qualify for this season’s Champions League campaign.