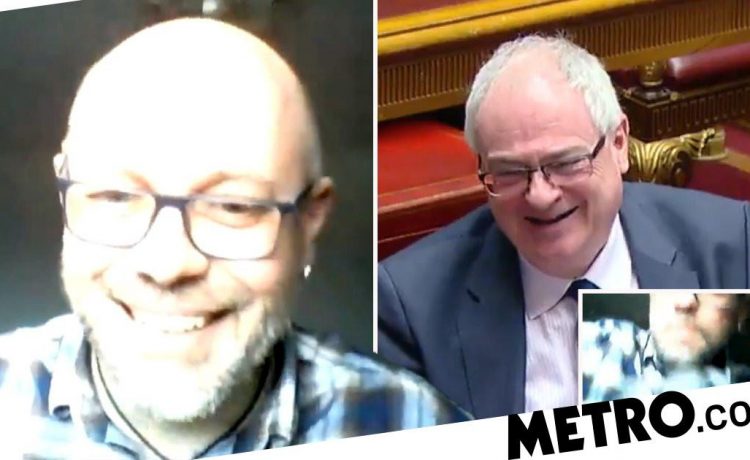 A man called Colin Pidgeon has apologised for disrupting a government Zoom meeting as he had caught a pigeon.

Research officer Mr Pidgeon noticed that his cat had brought the live bird into the room where he was discussing public finance in Northern Ireland today.

He quickly moved to scoop it up, and was then seen on camera cradling the pigeon apologetically.

‘Colin Pidgeon has caught a pigeon,’ one of the other Stormont committee members remarked, summing up the situation.

Another responded: ‘We know what type of soup you’re eating tonight.’

He was given dispensation to go outside and let the bird go free. It was able to fly off and did not seem to have been harmed by the encounter, Mr Pidgeon told Metro.co.uk.

He gave some more details on Twitter, revealing that he had a doormat reading ‘House Pidgeon: Embrace the chaos’, which seems quite accurate.