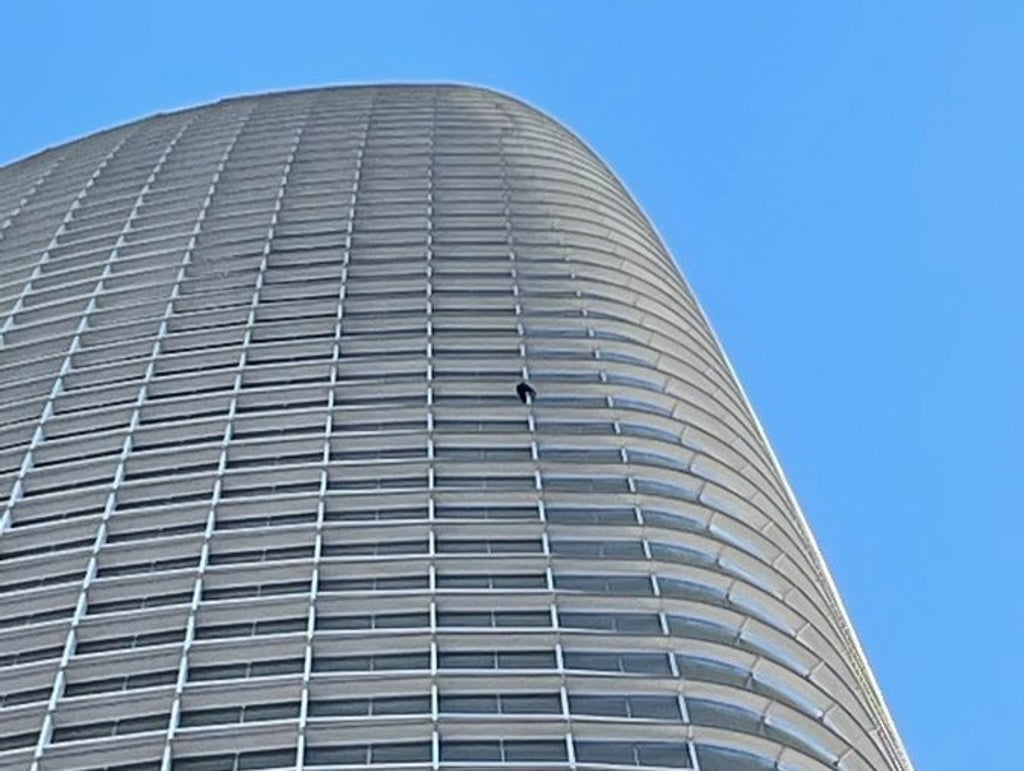 A man was arrested after free climbing the 61-storey Salesforce Tower skyscraper in San Francisco.

Authorities say the man made it safely to the top of the 1,070 ft tall building in the California city where he was met by police officers and taken into custody.

Police say the alarm was raised at around 9.21am when the climber was spotted by passersby, and officers tried to have him safely come inside the building during his ascent.

The climb was condemned by the city’s fire department on Twitter.

“San Francisco Fire is on scene with other Public Safety Agencies at 415 Mission, Sales Force Tower for a reported climber climbing the 60 floor tower. This person is placing firefighters lives and the publics safety at risk. AVOID THE AREA and join us in condemning this action,” San Francisco Fire’s public information officer tweeted.

According to the building’s website, it contains 1.4m square feet of office space and it takes an elevator 39 seconds to travelk from street level to the 61st floor.

The skyscraper took more than 2.5 million man hours to complete and it is made with 12,000 tonnes of steel.

A man calling himself “Pro Life Spiderman” on social media has claimed to be the climber and posted video from the outside of the building. In it he airs grievances about an abortion-providing doctor from Washington DC.