A MAJOR shake up of the benefits system comes into play today.

The change affects Universal credit as more than a million Brits are shifted onto the support scheme.

The Government has been slowly transferring claimants from old-style benefits to Universal Credit, but it is “upping the ante” as of today.

The initial push will affect around 500 people as they are brought into the “mandatory migration” process.

But the aim is to have everyone on the new Universal Credit system by the end of 2024.

Around 2.6 million households currently receive legacy benefits and tax credits that need to move across to the more modern benefit though.

It’s replacing six benefits under the old welfare system in total. They are:

The roll out is happening automatically so everyone will eventually switch by December 2024 under managed migration.

But anyone who has a change of circumstances could be moved sooner – that could happen should you move home, or have a baby.

And you can chose to switch earlier if you think you’ll be better off – but not everyone will be.

It’s estimated that 1.4million will be better off on Universal Credit.

But a further 300,000 will see no change to how much they get, while around 900,000 are thought to be worse off under Universal Credit.

If that’s the case, you’re better leaving the switch until the very last minute or you’re told.

But once the move is made, those affected will get transitional payments to top up their income to the same amount, so they’re not left worse off.

The transitional payments are only available through managed migration though, and if it’s you that makes the decision to move over, you won’t get them.

A benefits checker can help you understand if you’ll be better off or not, and whether you should make the leap yourself, or wait to be forced over.

Using an online benefits calculator can help you compare and are free and easy to use from charities such as Turn2Us and EntitledTo, and it’s also worth asking them for advice.

Once you move over, you won’t be able to go back to legacy benefits so it is important to weigh up.

Examples of those who may be entitled to less on Universal Credit according to the government include:

What do I have to do now?

There’s nothing you have to do as most of the change will be automatic.

With the government’s two year deadline, everyone will be moved over eventually anyway.

But after researching your own circumstance, you might find you’re better off switching over to Universal Credit sooner rather than later.

If that’s the case, you can start making a claim straight away.

But beware that your benefits will stop, and you will have a five week wait for your first Universal Credit payment, which could leave you short.

You can get an advance, which is interest-free, but you’ll pay this back in instalments from future payments which will reduce how much you get each month.

Other recent changes saw Universal Credit payments shoot up by 3.1% thanks to annual rises in benefit rates.

And claimants can expect payment disruption next month as dates are moved because of the Queen’s Jubilee. 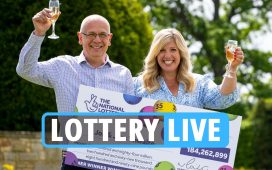 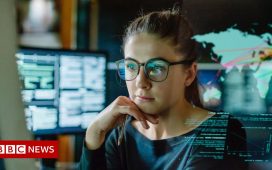