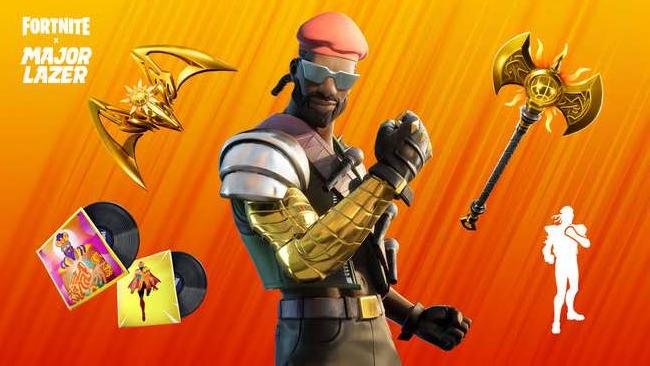 Electronic music trio Major Lazer has come to the world of popular online videogame Fortnite, with a custom skin, items and remixed music.

“As part of the Lazerism set, players can get the Major Lazer Outfit (including the Lazer Flex emote), Lazer Wings, Lazer Axe, the Lazer Blast emote, as well as the Default Vibe and Default Fire lobby music, both remixed by Major Lazer,” the announcement says. The announcement comes on the heels of Major Lazer’s latest single, “Make It Hot” with Anitta. The announcement also says to expect more from Major Lazer, which of course includes Diplo. Upcoming Major Lazer dates include North Coast Music Festival in Chicago Aug. 31, Encore Beach Club in Las Vegas Sept. 1 and The Penthouse Club in Houston Sept. 6.

While Fortnite is a videogame, it has an audience that has reached 125 million in the valuable teen and pre-teen demographic, and served as an online concert platform for Marshmello, whose February 10-minute in-game performance attracted “millions” according to Epic Games,  which billed the event was as the first-ever in-game concert.

“Between some acts, they were showing his games on the main stage screens,” Paradigm agent Matt Galle told Pollstar at the time. “When it cut off to put on the next band before the end of the game, people booed in the crowd! Some people were more excited to see what was on the screens, the videogamers, than the next band. So it was a little alarming (laughs), but I thought it was cool that they evolved that element. I think maybe you’ll see more of that down the line.”
READ  The Best Marvel Video Games of All Time - Nerdist