The event was hosted by influencer agency MGMT, which is run by Mitch’s older sister Kat Moses.

Martha, 31, and Mitch, 25, looked in happy spirits as they made their way to the yacht before setting sail. 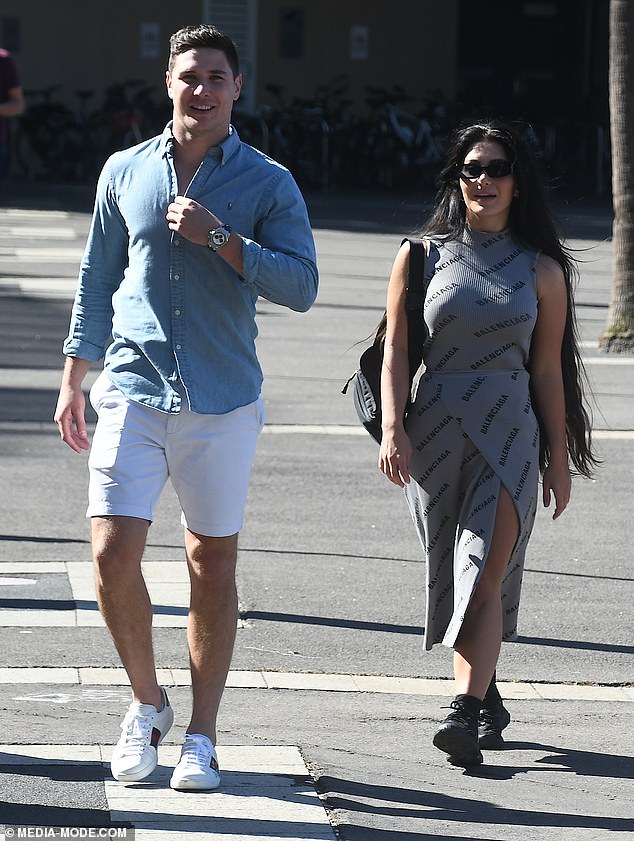 Once on board, Martha removed her socks and sneakers and grabbed a beverage.

At one point, the brunette beauty posed with Kat and the rest of the MGMT talent for a group photo.

She shared the photo to Instagram, captioning it: ‘Christmas party. Office hours as per normal and Kat Moses is still on emails.’ 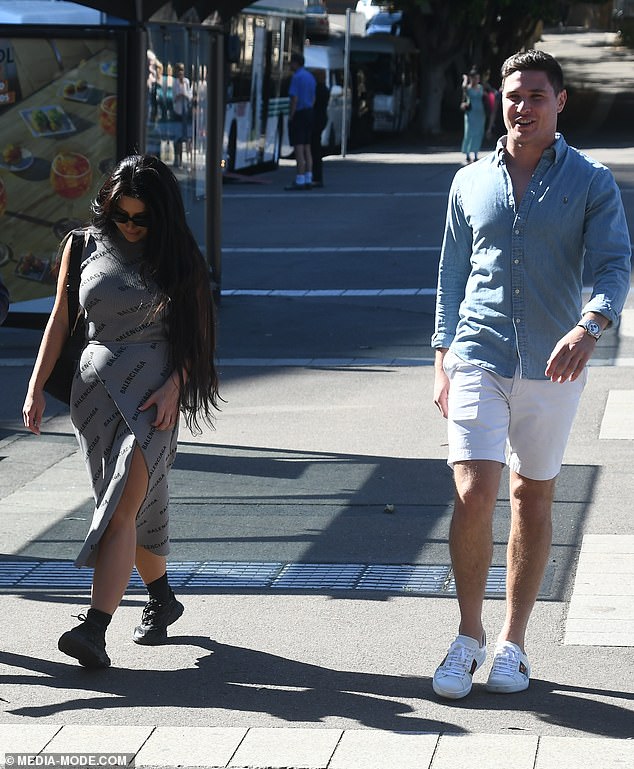 Distance: Martha, 31, and Mitch, 25, kept a healthy distance as they made their way to the boat 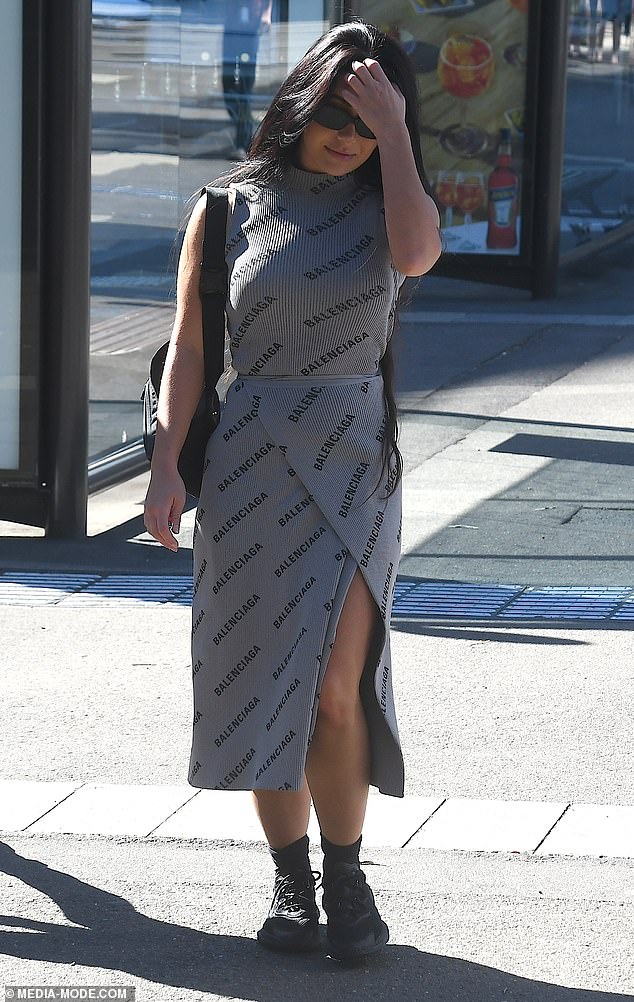 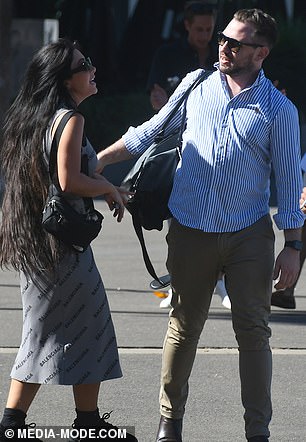 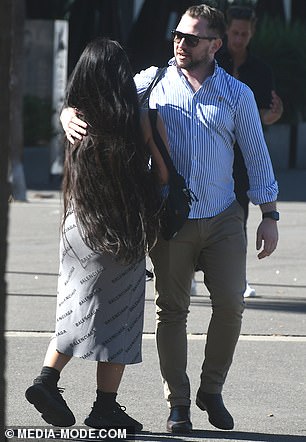 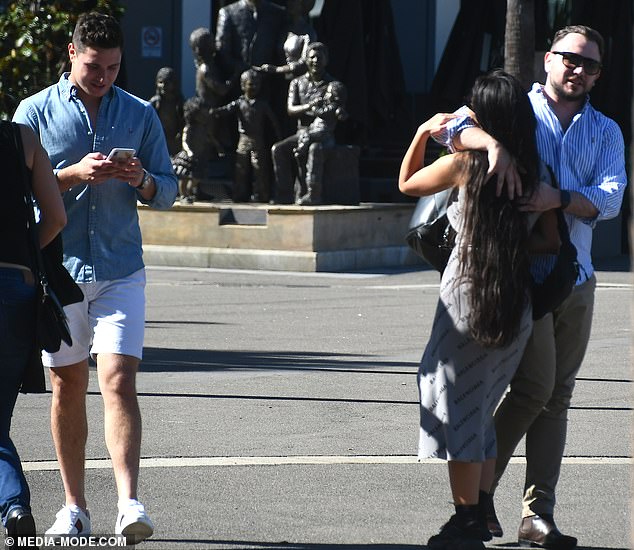 Not interested? Mitch played on his phone as Martha horsed around with her friend

Martha looked stylish at the event, sporting a grey Balenciaga knit dress worth $2100.

Before heading out, she paired the dress with a beige coat from Pretty Little Thing for an Instagram post.

The boat party comes after Martha spoke to The Daily Telegraph about her new career as an Instagram influencer, after previously working as a makeup artist. 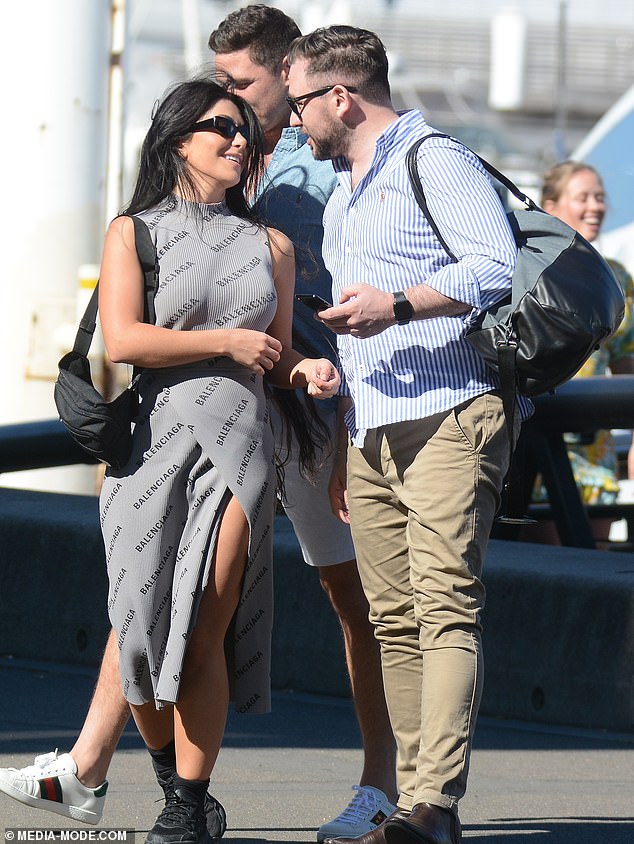 All smiles! Martha couldn’t wipe the smile off her face as she mingled with friends 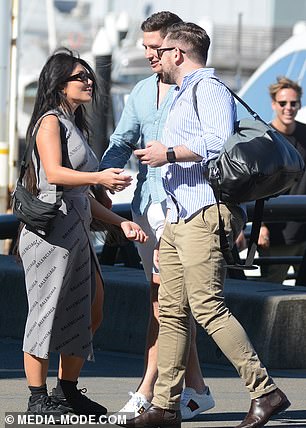 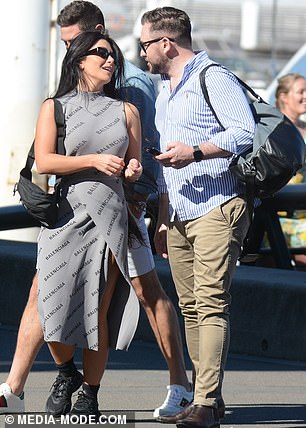 Chit chat: The Married At First Sight star was in her element socialising at the event 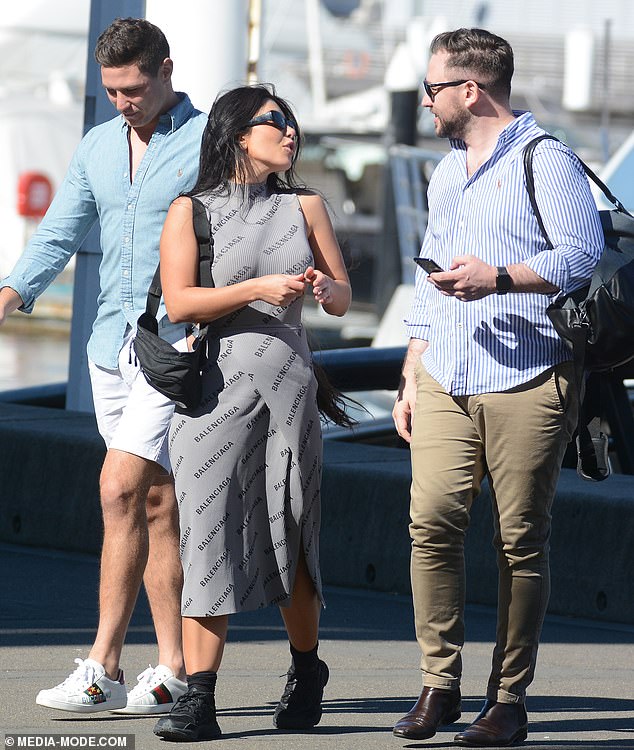 Accessories: The brunette beauty wore black sneakers on her feet and toted a belt bag

The former reality star refused to confirm how much she’s paid per Instagram post, saying that talking about money is ‘crass.’

‘I feel like talking about money and figures is a little bit crass,’ Martha explained.

‘I’d be embarrassed to say, not because it’s too low or high, but then people start to do the numbers.’ 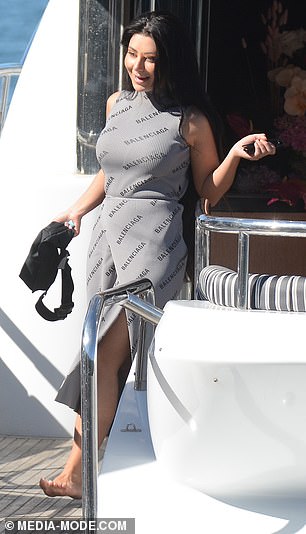 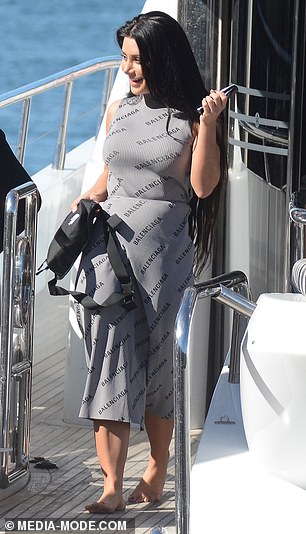 Barefoot and beautiful! The influencer kicked off her sneakers once she got on board 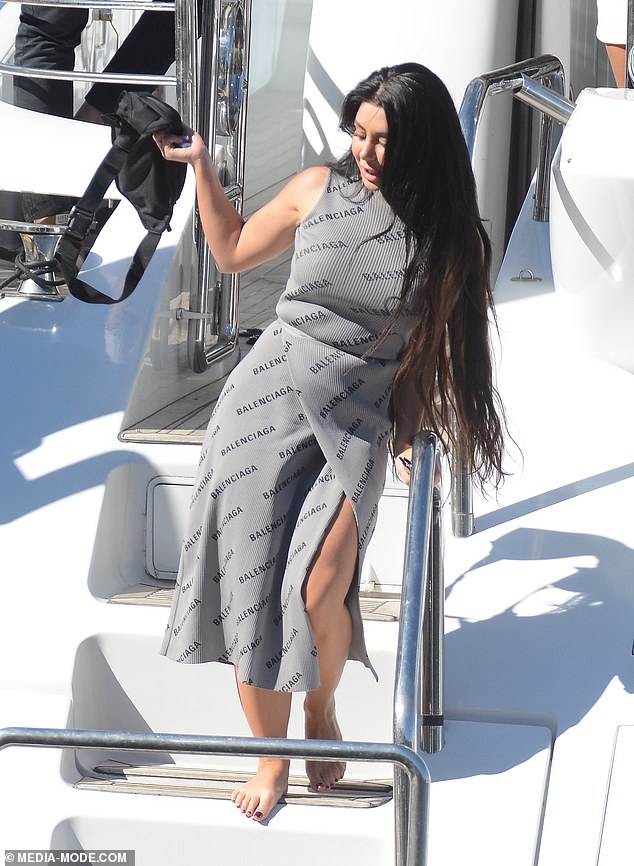 Don’t fall! Martha clung to the railing as she struggled to maintain her balance down the steps 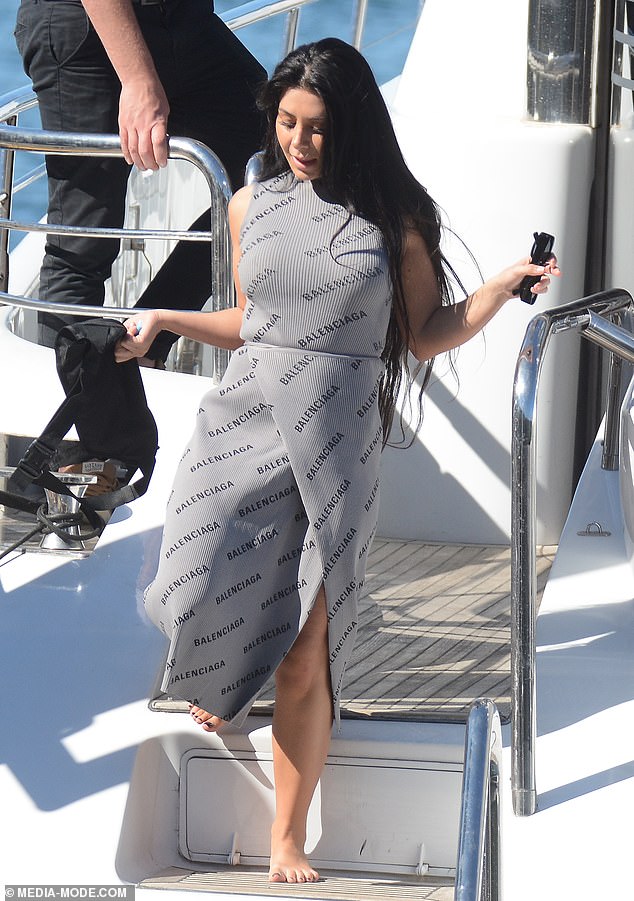 Sunny side up! The brunette clutched her sunglasses as the sunshine beamed on her face 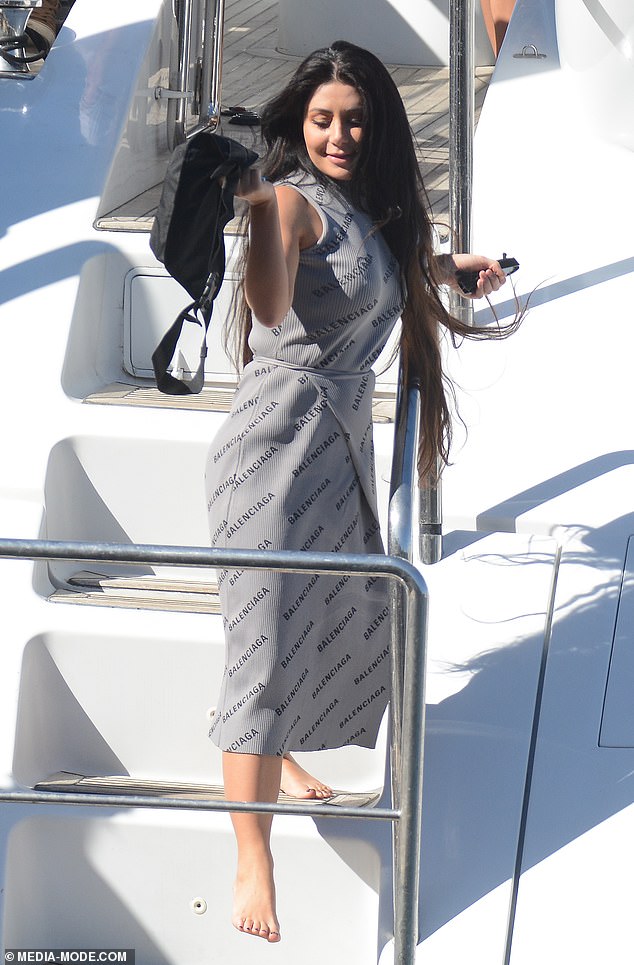 Careful! Martha gingerly put her foot down to the next step to ensure that she wouldn’t take a tumble 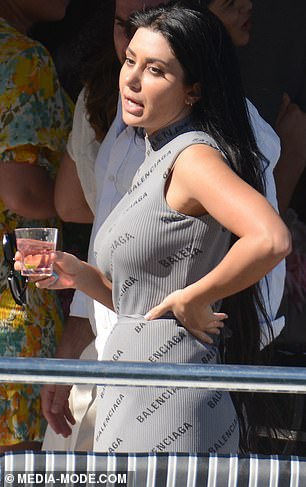 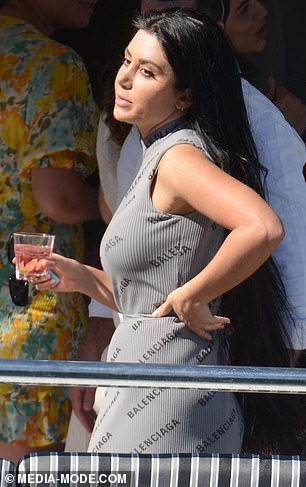 Thirsty? Once she was safely down the steps, Martha was free to quench her third with a beverage 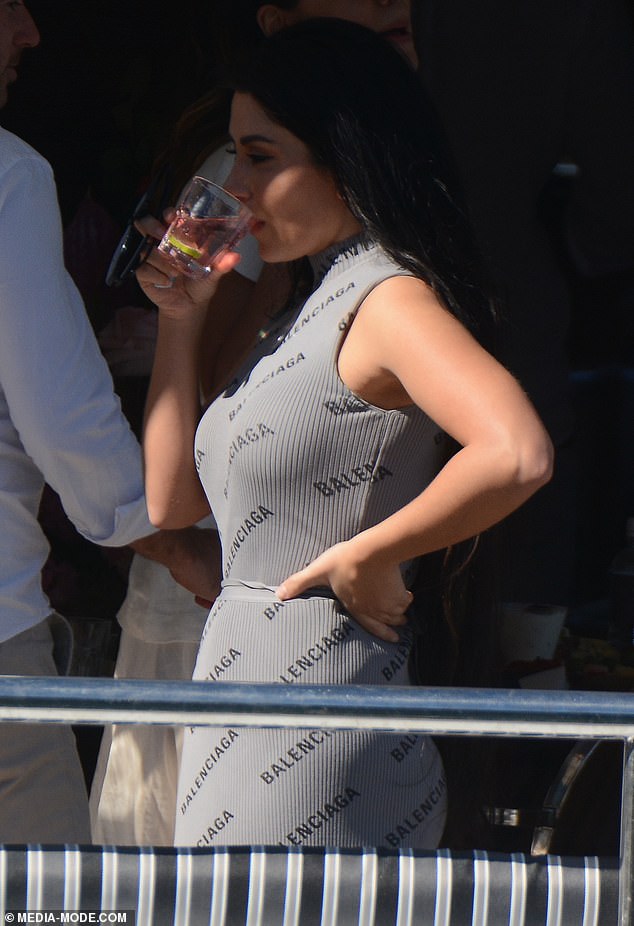 Bottoms up! The brunette beauty sipped the cool iced drink 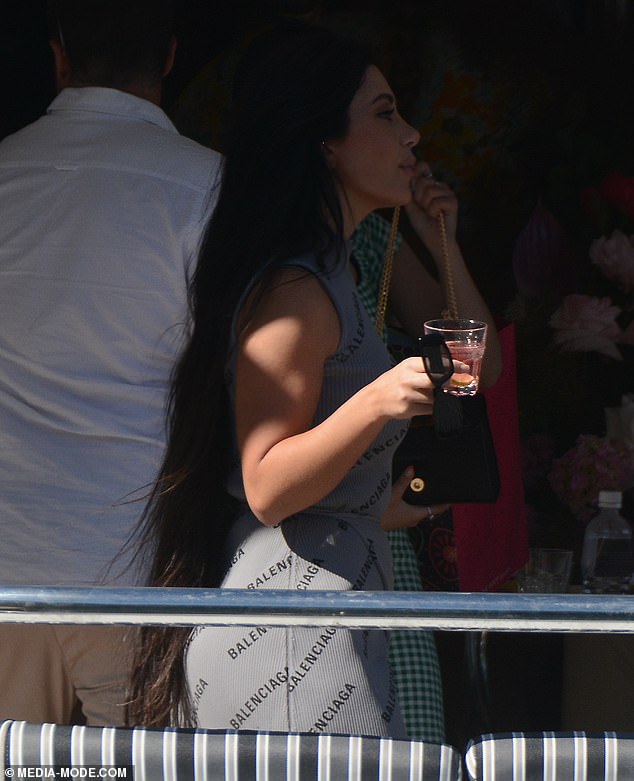 Socialite: Martha swanned around the boat with a drink in hand as she mingled with guests 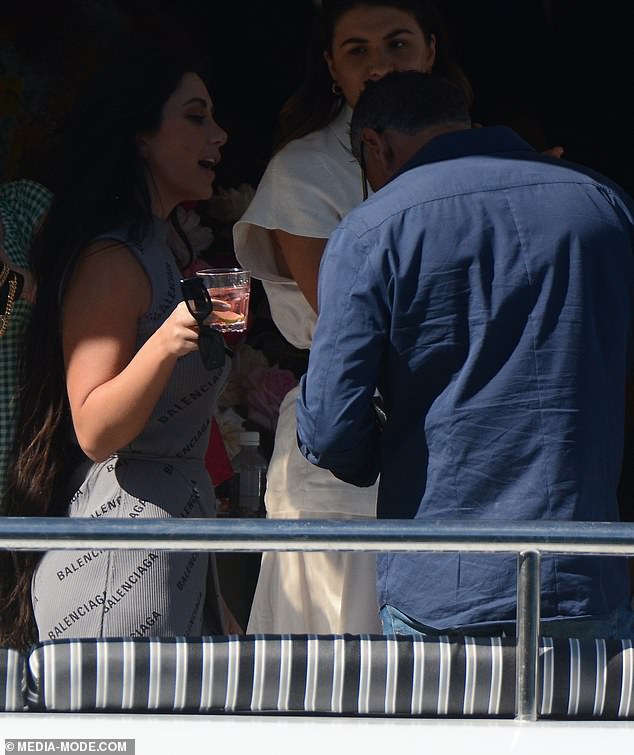 Good chat! The reality star enjoyed rubbing shoulders with the other guests

The brunette, who lives in Melbourne with her parents, said people often assume not much work is involved as an influencer.

‘So much goes into it (posting photos),’ she revealed. ‘I think influencers do get a bit of a bad rap.’

Martha has landed a lot of big social media endorsement deals, and was recently named the new Australian ambassador for Nip + Fab skincare. 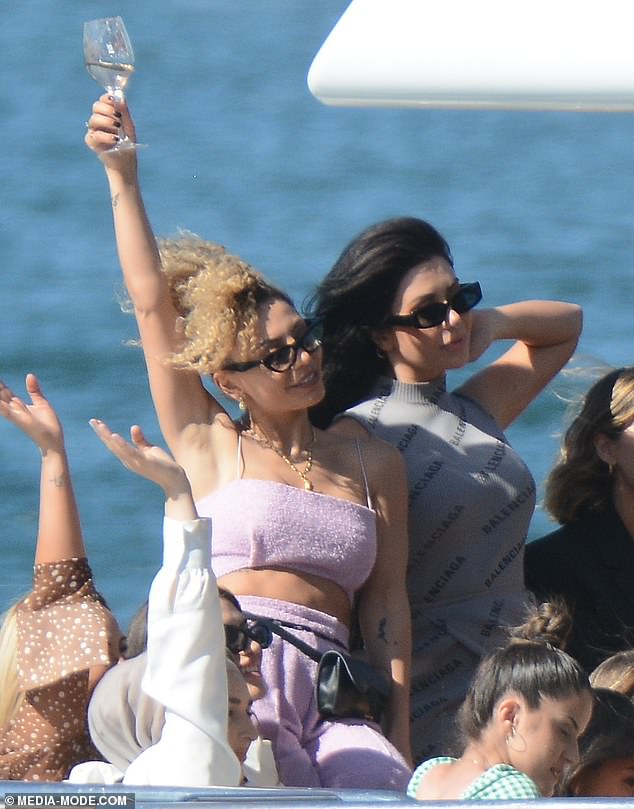 Strike a pose! Martha posed with the rest of the influencers for a group photo 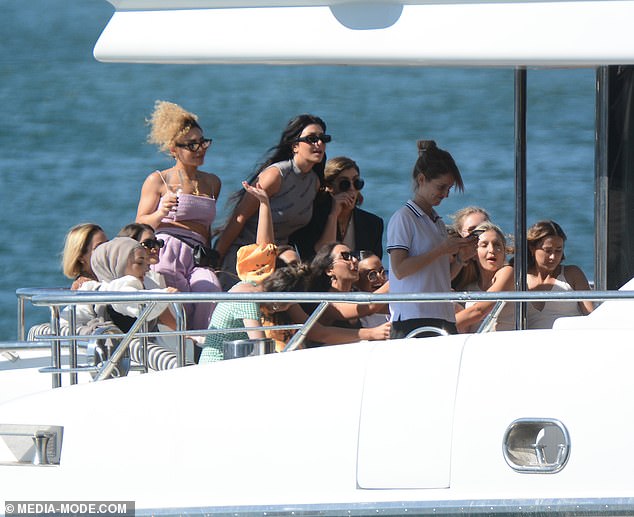 Helping hand! The party-goers received some help from a staff member on board