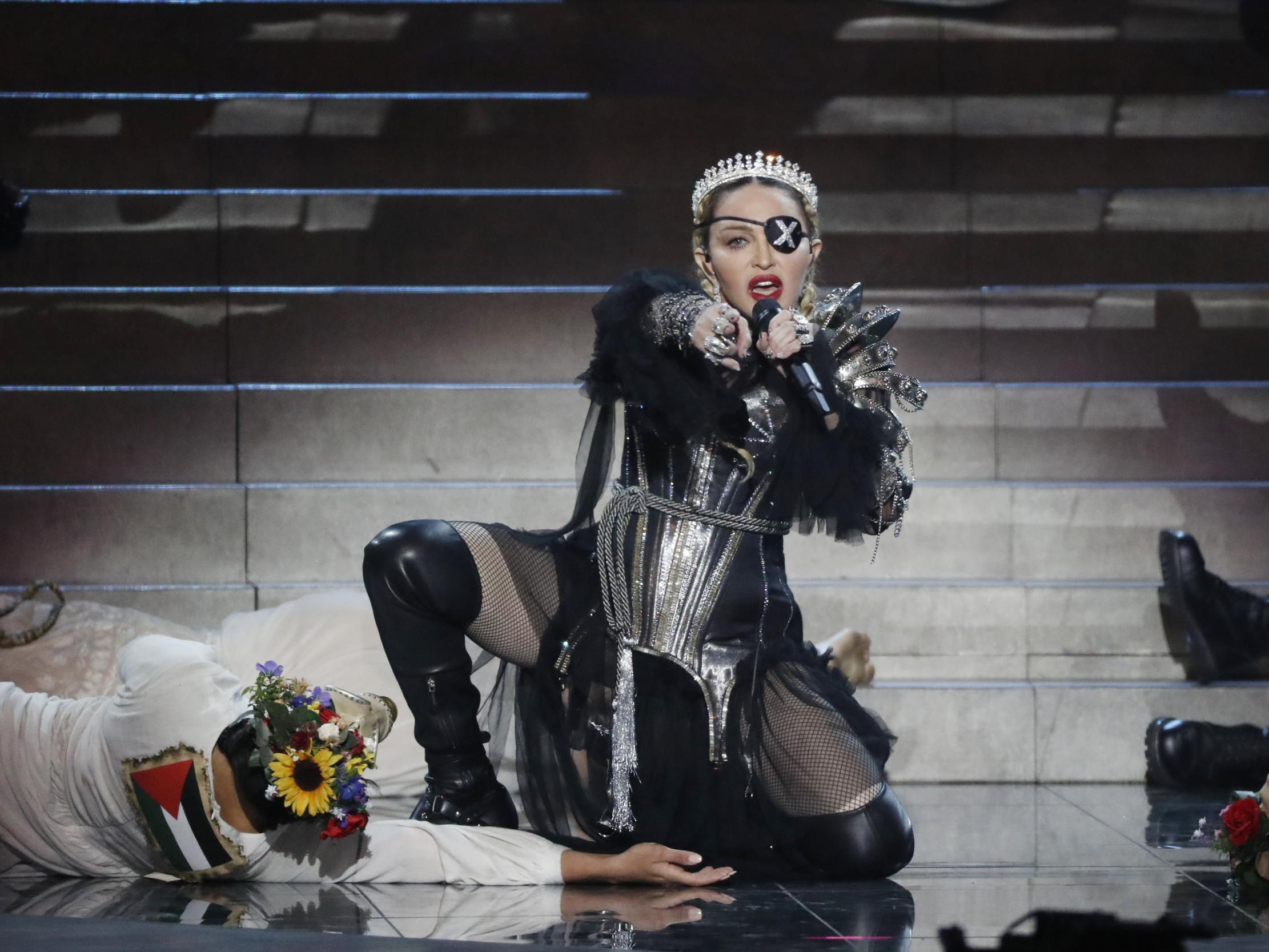 Madonna has posted a video of her controversial Eurovision performance, apparently with a few edits to her vocals.

The “Like a Prayer” star received mixed reactions to her performance at the final on Saturday 18 May, with many criticising her voice, including the Netherlands announcer who quipped she was “thankful for Madonna’s autotune” during the results segment of the competition.

Viewers of the new version have been quick to point out that it sounded different but claimed “technology nowadays will not fix the trauma that was this live performance”.

Patchy vocals were arguably the least controversial moment of Madonna’s Eurovision performance, however, given that two of her dancers were seen with Israeli and Palestinian flags on their costumes.

Eurovision organisers quickly issued a statement over the “unplanned” protest, saying the moment had not been part of Madonna’s rehearsals.

A spokesperson for the EBU told The Independent: “In the live broadcast of the Eurovision Song Contest grand final, two of Madonna’s dancers briefly displayed the Israeli and Palestinian flags on the back of their outfits.

“This element of the performance was not part of the rehearsals which had been cleared with the EBU and the host broadcaster, KAN.

Earlier in the night Madonna appeared in a pre-recorded message, warning the public to not “underestimate the power of music to bring people together”.

She is performing a series of intimate shows in the US and London later this year in support of her forthcoming new album, Madame X.

READ  Armed with a giant phallus, Wild Daughter are taking aim
Share on FacebookShare on TwitterShare on PinterestShare on Reddit
newsgrooveMay 21, 2019