Lung cancer symptoms: Three signs on your face that could signal the deadly disease 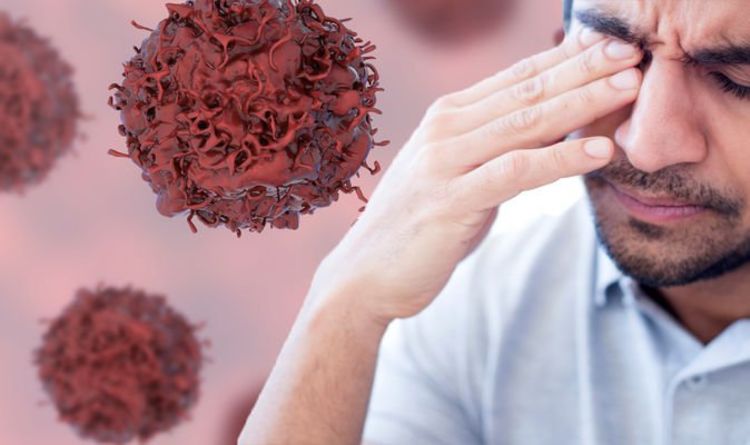 Lung cancer is a type of cancer that begins in the lungs – two spongy organs in your chest that take in oxygen when you inhale and release carbon dioxide when you exhale, explains Mayo Clinic.

Lung cancer does not usually cause noticeable symptoms until it’s spread through the lungs or into other parts of the body.

This means the outlook for the condition is not as good as many other types of cancer.

The main symptoms of lung cancer include:

When to see your GP

As the NHS explains, you should see a GP if you have symptoms of lung cancer, such as breathlessness or a persistent cough.

The GP will ask about your general health and your symptoms and they may examine you and ask you to breathe into a device called a spirometer, which measures how much air you breathe in and out, notes the health site.

“You may be asked to have a blood test to rule out some of the possible causes of your symptoms, such as a chest infection,” it added.

Are you at risk?

There a number of lifestyle factors that can influence your risk of developing the deadly disease so it is important to avoid certain actions to lower your risk.

Smoking tobacco is the biggest cause of lung cancer in the UK, with Around seven out of 10 lung cancers caused by smoking.

The dangers posed by smoking include breathing in other people’s cigarette smoke and even light or occasional smoking, warns Cancer Research UK.

“Tobacco smoke contains more than 60 different toxic substances, which are known to be carcinogenic (cancer-producing),” noted the NHS.

Exposure to a natural radioactive gas called radon can also heighten your risk of developing lung cancer, according to the NHS.

The gas comes from tiny amounts of uranium present in all rocks and soils and it can sometimes be found in building, according to the health site.

If radon is breathed in, it can damage your lungs, particularly if you’re a smoker, although it only causes a small number of lung cancer deaths in England, says the health body.

Other risk factors include: