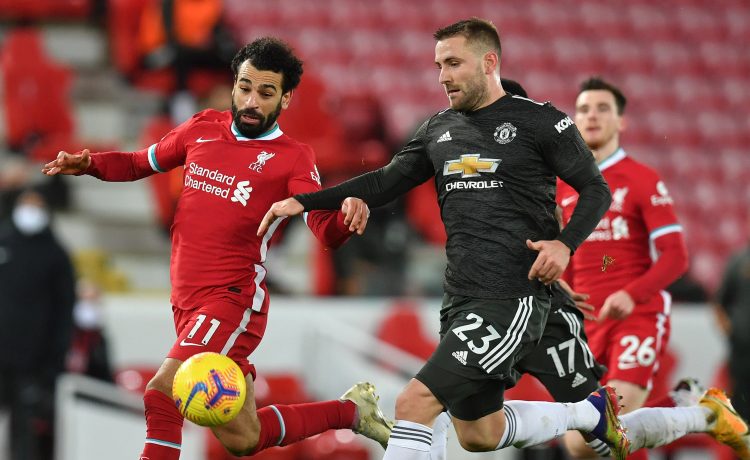 Shaw put in a man-of-the-match display in United’s goalless draw with Liverpool at Anfield on Sunday, expertly shutting down Mohamed Salah and winning plaudits for his performance.

Injuries have undermined the left-back’s attempts to hold down a consistant place at Old Trafford since joining from Southampton in 2014, including a horrific leg break a year after his arrival.

But ironically, added competition in his position from new signing Alex Telles and youngster Brandon Williams has seen Shaw enjoy a spell of form.

“He has got very good technique, you see the few times against Liverpool he takes the ball and drives forward. It is something that I’ve pushed him more to do, because we know he can do it.

“It is generally down to the boy himself, he is mentally very good at the moment. He has become a dad, he is physically very good, his fitness is so much better, he keeps beating his high intensity stats, his total distance stats.

“I think he’s been consistently up there with what a full-back has been doing. And when you have the talent of Luke, when that fitness and mental bit is sorted, you are always going to get good performances.”

While Solskjaer gave Shaw the full credit for his resurgent form, he revealed that he held one-on-one talks with the 25-year-old in order to help him get back to his best.

“He is a boy I enjoy talking to, I enjoy trying to help him. He wants to be better. It was about getting him to enjoy his football.

“We know his talent, but it was trusting his fitness injury-wise, having players who can back him up. He is not going to play every single game so he can play full tilt.

“Both Brandon and Alex coming in has given him a little bit of a push to say if you not performing just tell me that I have good options.”