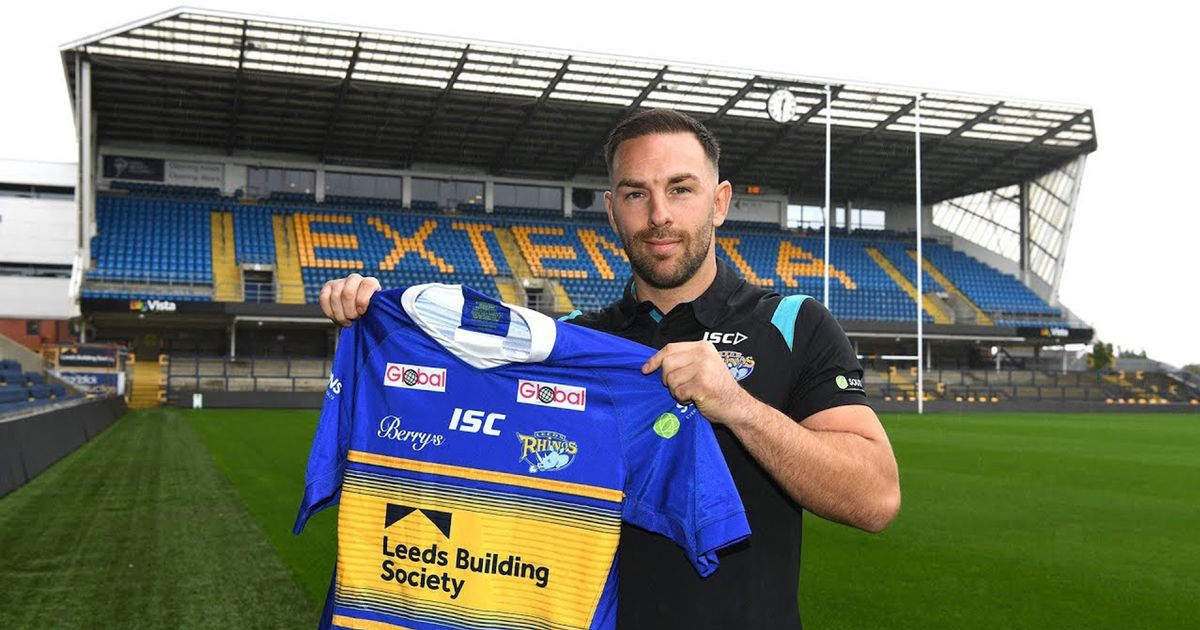 Luke Gale will go back to the future when he pulls a Leeds shirt on for the first time in almost 15 years on Boxing Day.

The 31-year-old has rejoined his boyhood club on a three-year deal after being released without making a first team appearance as a teenager. Now the England international and 2017 Steve Prescott Man of Steel is seen as a key piece in the Rhinos’ rebuilding jigsaw under coach Richard Agar.

And Gale is relishing the chance to realise a boyhood dream against Wakefield.

Gale said: “I’d have been about 16 when I played my first proper academy game for Leeds and it gave me a massive sense of pride.

“My dad had been going through his loft the other night and sent me some pictures through. I’m a Leeds lad and was a Southstander from being about 10 – every Friday night I’d be up there.

“As a young lad all I wanted to do was be a professional rugby league player and play for Leeds. When you’re young you think it will all fall into place and I’d play for Leeds all my career, but that’s before you know how tough it is.

“Our team was unbeaten for a long time but I think there was only two out of that side that went on to make it. It’s been one big journey, I’ve come full circle now back to where I started my career.

“I’ve been at other clubs, played for England and come back – it’s been an eventful journey but it’s great to be back home and that’s kind of how it feels.

“There’s a lot of familiar faces here still – in fact the guy that first scouted me, Bob Pickles, was at the training ground the other week and we had a good catch up. It doesn’t seem like two minutes since I was down here for the first time.”

The Boxing Day friendly holds further significance for Gale – who hasn’t played at all since late 2018, having ruptured his Achilles in pre-season training at Castleford in January.

He added: “There will be all sort of nerves and excitement – it’s not just any old Boxing Day for me where I can put my boots on and not think too much about it.

“There’s a bit more in it for me and I’m looking forward to it – it’s been a long time coming.

“I’m no longer injured, I’m off the physio bed and back out with the boys after a long and tough year. But I’m through the other side of it now and can’t wait to get out there for Leeds.”