Strictly Come Dancing star Giovanni Pernice is said to be completely ‘love-struck’ by his Love Island girlfriend Maura Higgins, with friends reportedly expecting him to propose.

A source claims the 31-year-old professional dancer, who confirmed his romance with GlowUp Ireland host Maura in July, puts her ‘before everything else in his life’, having fallen for her ‘incredibly quickly’.

Speaking to The Sun, the source continued: ‘None of his mates have seen him like this before and Maura, who is always in and around set, has become really close to Giovanni’s friends as well.

‘Nobody would be surprised if they end up getting married because Giovanni has been saying she is the one he wants to be with forever.’

It was also said that the Italian pro ‘has never felt like this about anyone before’.

He is currently competing in the new series of Strictly with EastEnders actress Rose Ayling-Ellis, with the source noting that he is still committed to ‘putting the hours in’ during rehearsals, but outside the show is ‘happiest spending as much time as possible with Maura’.

The 2019 Love Island bombshell shared a romantic note from her boyfriend ahead of Saturday’s show, which read: ‘Have a good day princess! I love you so much.

She also posted a photo on Saturday of her and her boyfriend in matching black outfits, standing on a pavement in London and sticking their tongues out at each other as they leant in for a kiss.

Captioning the sweet snap ‘moments’, she tagged her partner and left a black heart emoji.

As well as spending time at the BBC primetime show’s set, Maura has also shared supportive messages on Instagram, wishing her boyfriend and Rose all the best in the competition.

Last Saturday, ahead of the pair’s first dance together, she took to her Stories to share a picture of Rose and Giovanni decked out in their sparkly outfits and commented: ‘The very best of luck to you beauty’s [sic] tonight… I know you will absolutely smash it @rose.ae @giovannipernice1.’

The couple went on to dance a jive to Taylor Swift’s Shake it Off during the first live show, which earned them 22 points.

Last night’s show saw them up their score to 26 for their second dance, a salsa, as judge Craig Revel Horwood praised her ‘natural feel’ for the dance.

‘I thought you did a magnificent job’, he added.

Strictly Come Dancing returns Sunday at 7:05pm on BBC One. 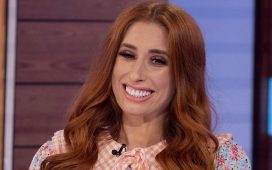 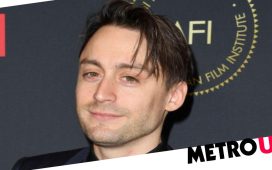 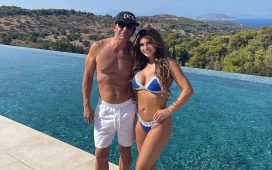 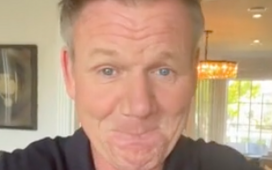 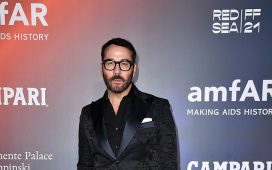 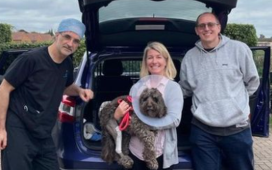