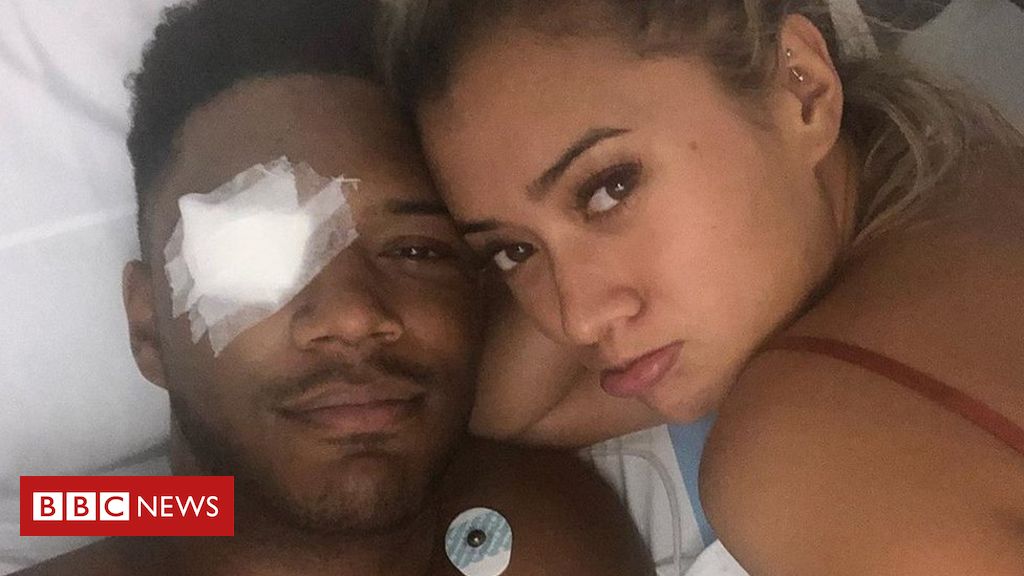 Love Island star Theo Campbell says he has lost sight in his right eye after he was hit by a champagne cork.

Campbell, who appeared on the 2017 series of the ITV2 show, was on holiday in Ibiza when the accident happened.

He was taken to hospital and subsequently underwent surgery.

In an Instagram post, he wrote: “Two eye surgeries later after a really unfortunate accident, I’ve lost all vision in my right eye as it got split in half.”

“Who would have thought a champagne cork would be the end of me? But I still have one eye left, looking at the bright side of things.”

He also posted a picture of himself in hospital with girlfriend Kaz Crossley – who appeared on a different series of Love Island.

An eyewitness told OK!: “Theo was on holiday in Ibiza enjoying himself when someone popped a bottle of champagne and the cork flew into his eye.

“People were screaming when they realised what happened and saw the state of his eye. One of the guys said it looked like his eye had exploded.”

READ  Kerry Katona reveals late ex-husband George Kay would threaten to stab her in the head during violent rampages
Share on FacebookShare on TwitterShare on PinterestShare on Reddit
newsgrooveAugust 27, 2019