She is now dating Joe Garratt, despite confessing her feelings for Tommy Fury during her time in the villa.

And Lucie Donlan narrowly avoided a run-in with Tommy’s girlfriend Molly-Mae Hague when she attended a Lipstick & Champagne Party at STK restaurant in London on Thursday night.

The surfer, 21, looked stunning in a skintight leopard print dress that featured sheer panels down the sides. 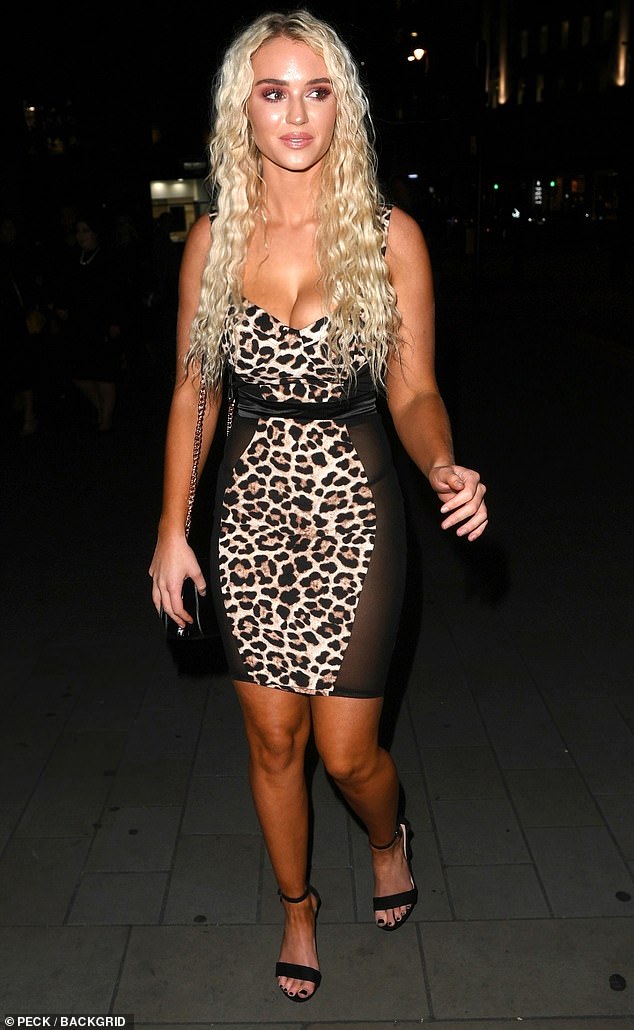 Awkward: Lucie Donlan narrowly avoided a run-in with her former crush Tommy Fury’s girlfriend Molly-Mae Hague when she attended a Lipstick & Champagne Party at STK restaurant in London on Thursday

The blonde boosted her height in black sandals and enhanced her beauty with a palette of bronze make-up.

Posing up a storm before entering the event, the bombshell seductively tugged at her curly locks.

However, missing from the guest list was Molly-Mae, 20, whose absence  continued to fuel rumours of a feud between the social media influencer and the rest of the Love Islanders. 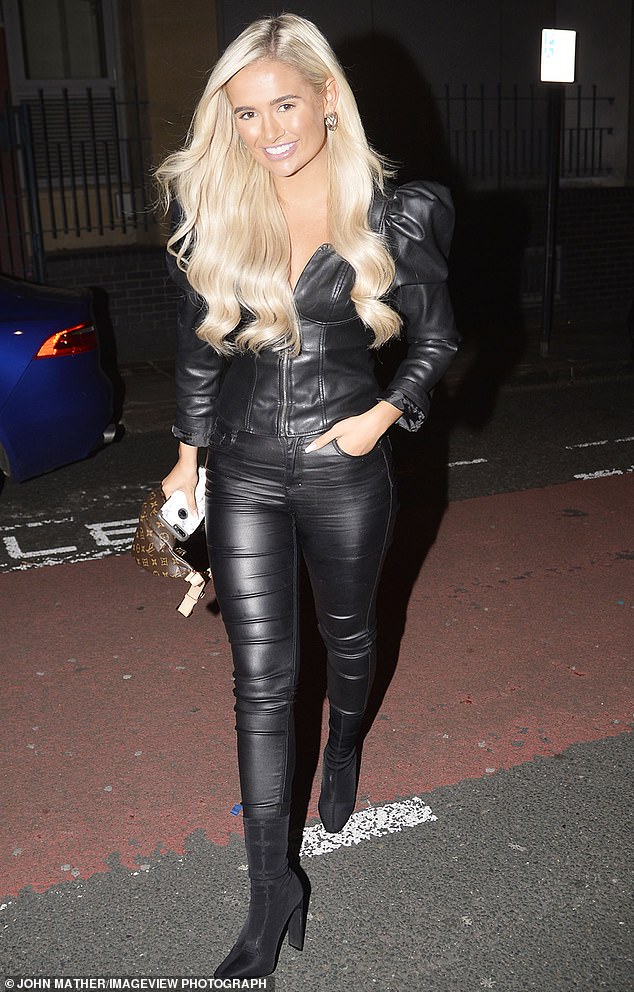 Nowhere to be seen: Missing from the guest list was Molly-Mae Hague, 20, whose absence continued to fuel rumours of a feud between the social media influencer and the rest of the Love Islanders

The Mirror recently reported that 22 cast members have snubbed Molly-Mae on Instagram, weeks after Anton Danyluk publicly confirmed he had unfollowed her.

The only 2019 Islanders who still follow the blonde are Amy Hart, Maura Higgins, Ovie Soko, Marvin Brooks and George Rains.

Gorgeous: Lucie continued her sizzling look by boosting her height in black barely there sandals and enhanced her beauty with a palette of bronze make-up 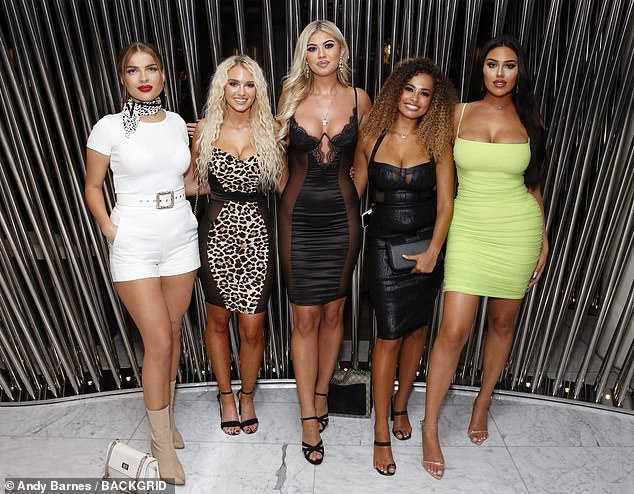 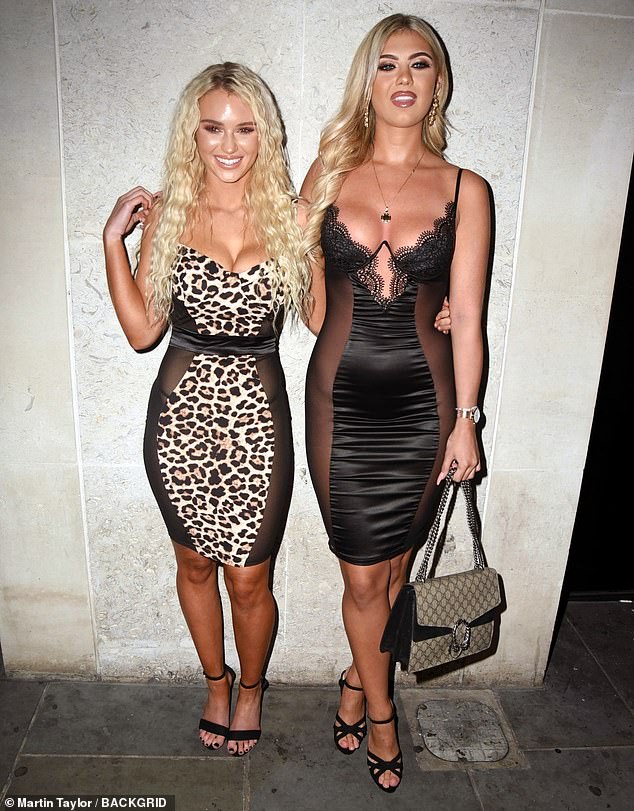 Pals: Lucie posed next to Belle Hassan, 21, who wore an equally as revealing ensemble

Lucie’s night on the town comes after she ruled out the possibility of a relationship with her former partner Joe on an episode of Aftersun after she was dumped from the ITV2 show – only to rekindle things weeks later.

She told presenter Caroline Flack: ‘We have stuck as friends. We don’t want to put any pressure on anything. It was so much pressure in the villa. Now we are just chilling.’

Lucie’s Love Island relationship with Joe was short lived, with him being dumped from the villa after just two weeks on the show.

The star then went on to confess to boxer Tommy Fury, 20, that she had begun to develop feelings for him, despite him being in an exclusive relationship with Molly-Mae who went on to finish as runners up. 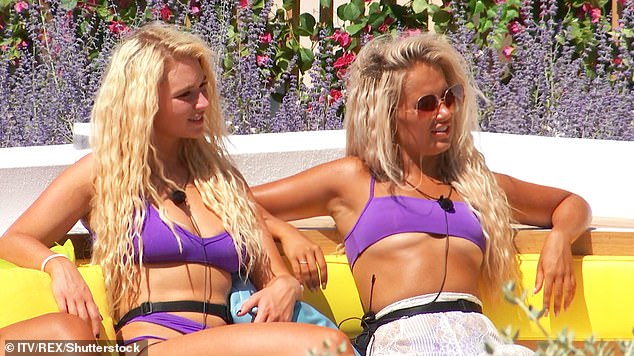 Love rivals: During her time in the villa, Lucie (pictured left) confessed she had feelings for Molly-Mae’s boyfriend Tommy

Speaking to Ruth Langsford and Eamonn Holmes during an episode of This Morning, Lucie said: ‘As we were best friends, we didn’t really have that romance.

‘When he came out his shell, I really liked him. I spent so much time with him, he was hilarious!

‘I needed to get it off my chest and tell him how I felt. I helped Molly-Mae and Tommy get together, so I actually encouraged their relationship.’

Since exiting the Love Island villa weeks before the final, Lucie hasn’t been short of attention, even attracting an Instagram follow from Spider-Man star Tom Holland.

Sources close to the reality TV star have said that she ‘is not fazed’ by the attention, as she has dated well-known men in the past 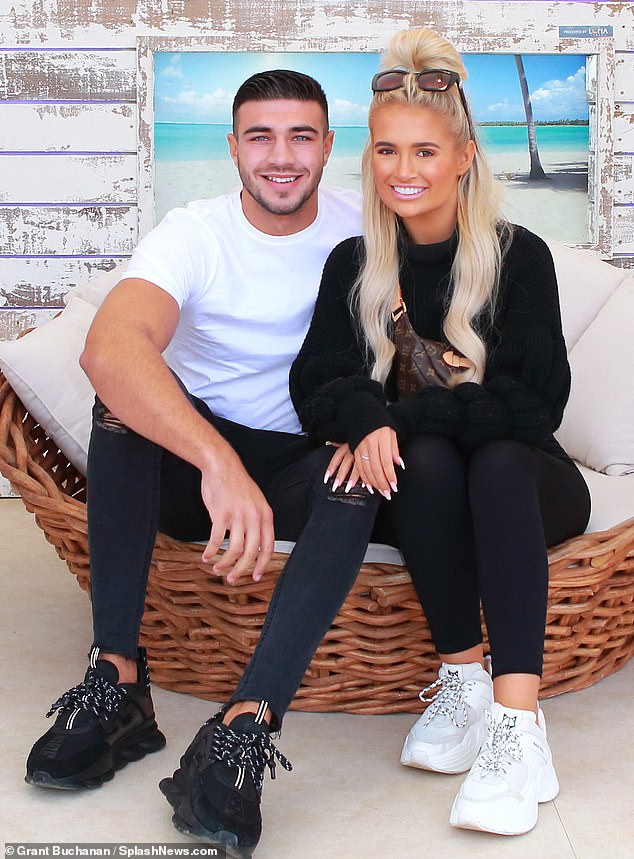