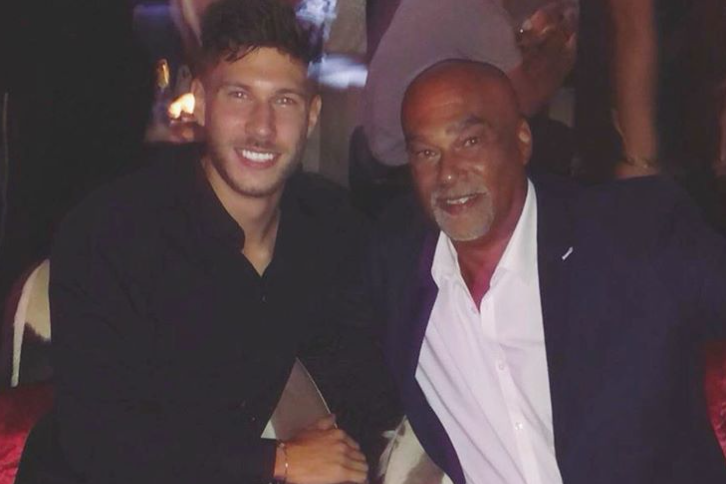 Love Island star Jack Fowler has opened up about how he was “treated differently” when people learned that his father is black.

Former footballer Fowler, 24, said that growing up with a black father gave him “a powerful insight into what racism really is” in a heartfelt post shared on Instagram.

Writing alongside a smiling photo of him and his father, the former reality star, who appeared on Love Island in 2018, explained how his grandparents arrived in London from St Helena in the South Atlantic Ocean “just after the Windrush.”

He said had been educated about the slave trade “from a young age” as his ancestors “were slaves on their home island.”

“My grandad was one of the first hundred to arrive just after the Windrush on the RMS St Helena from a very small island called Saint Helena in the South Atlantic that has a population of 4,000 people,” he wrote.

“Growing up with a dad who’s a man of colour was a powerful insight into what racism really is,” he continued.

“Because my dad is black, I was educated from a young age about the slave trade as my ancestors were slaves on their home island, Saint Helena.

“The experiences that my dad had growing up being a man of colour in school and throughout adulthood have been taught to me.”

He went on to recall how he had been “treated differently because of the complexion of [his] dad’s skin” at the start of his footballing career, describing how people’s attitude changed when they learned that his dad was black.

“I was confused at the time but quickly learnt and became aware of what was happening,” Fowler said.

“It made me feel frustrated but I understood that my dad is a black man who has been through feeling this way all of his life.”

With fellow contestant Laura Anderson on Love Island in 2018 (ITV)

He said that he felt that he had a “responsibility” to share his experiences “because I expect that I’m not the only one who has a white skin complexion but has parents of colour,” adding: “I love the black culture and it hurts to still see that even in 2020, black people are not being treated equally.

“I feel as a white looking mixed race man, I’ve experienced many moments of white privilege. It’s times like these that we should treat people of all colour, religion and walks of life equally.”

He concluded his moving post by emphasising his pride in his roots and vowed to “always speak up and stand against racism,” sharing his support for the Black Lives Matter movement.

Blue singer Simon Webbe was among those who shared supportive messages in response to Fowler’s statement, writing: “You are who you are and proud to be by your side. 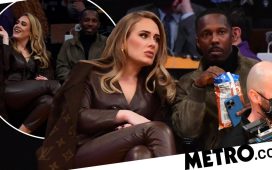