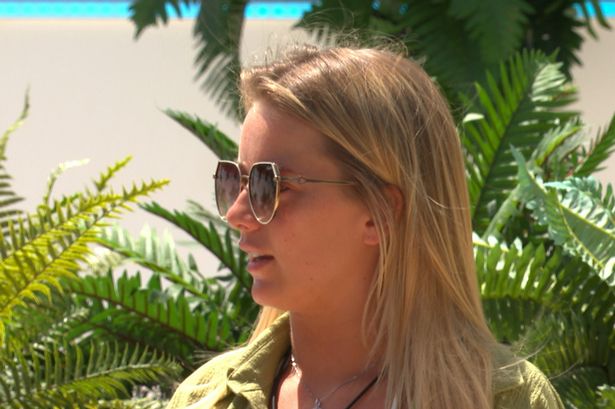 For much of the current season of Love Island, Andrew and Tasha were one of the more solid couples in the villa. However, the recent introduction of new-boy Charlie threw its first real challenge in their direction, and the duo look set to drift apart as a result.

Tasha was picked to go on a date by Charlie, and her head was duly turned. However the new boy actually chose Ekin-su in the latest recoupling, but that hasn’t stopped Tasha appearing distant with her current partner.

Having been visibly disappointed at not being chosen by Charlie, the 23-year-old has shown few signs of wanting to continue pursuing what she had with Andrew. Throughout the last couple of episodes, Tasha has broken down in tears at the whole situation, but it’s Andrew who viewers have more sympathy for.

Others hope someone more invested in Andrew arrives in upcoming episodes. @MforMeya stated: “Andrew move man, she doesn’t rate you #LoveIsland” and @goatemojix said: “Andrew deserves the world. And that ain’t Tasha #LoveIsland.”

@Louisecarrollxx also commented: “We need a new girl whose perfect for Andrew, Tasha will soon realise she’s messed up then #LoveIsland.”

In tonight’s episode, during scenes filmed this morning, Andrew spoke about his situation with Tasha to the boys, saying: “I’m going to give her space today, and just gonna try and enjoy my time.” Dami subsequently offered some advice, telling him: “I feel like going forward if anyone else comes in and all that, you should be open and give it a chance because I feel like most of the time you’re a bit closed off because you know how much you really, really like Tasha.

“But I feel like just give it a chance and see what else possibly could be there.”

Love Island airs every night at 9pm on ITV2 and the ITV Hub.