Love Island’s Liberty Poole thinks this year’s Dancing on Ice is the “toughest competition yet”.

And while the 21-year-old former Nando’s waitress from Birmingham admits she has no dance experience, she wants to do well because her mum is a huge fan of the show.

Next year’s series, which starts in January has some of the 12 celebs ready to take to the ice with dance experience including former Strictly pro Brendan Cole, Pussycat Doll Kimberly Wyatt and S Club 7’s Rachel Stevens.

But Liberty wants to do well for her mum Jo, who used to be a figure skater.

She said: “Hopefully, I’ll do my mum proud because she’s the show’s biggest fan. I’m not saying I could win but I will try my best and my hardest.

“I’ve got no dance experience and I’m not that flexible but I am quite competitive which gives me the drive to do well and I’m really enjoying it. If I get to the final, that’s a bonus.”

Liberty, who has been teamed up with new pro skater Joe Johnson, will also compete on the ice in the new year against ex-rugby player Ben Foden and Paul Gascoigne’s son Regan.

Liberty is second favourite with the bookies behind Brendan, who has been tipped to go all the way because of his dancing experience.

Liberty said: “I think it’ll be the toughest Dancing on Ice competition yet. There are so many talented people and you’ve got a few people with a dancing background. Seeing the level everyone is at already, we are all progressing really well.”

The star began her ice training in October and reports suggest she was nailing the moves.

At the star of November, it was announced she’d been teamed up with Joe, and Liberty is taking it seriously, training from Monday to Friday for two hours every day.

She said: “It’s a proper workout. Before you even get on the ice you have to warm up. Then you get on the ice and you are doing your stretches and making sure you don’t get any injuries.”

Liberty was pictured at the beginning of November after she’d taken a tumble but she pointed out you can see in the photo she’s smiling as she lies on the ice.

She said: “When I fall, I just laugh. I’ve had a few falls. The worst one was when I was learning to skate straight and I caught my toe-pick and fell over and bruised my shin. But I’ve had no broken bones so far which is a good thing.

“Learning to skate is harder than you think it is. When I used to watch Dancing on Ice I didn’t realise how difficult it was. The celebs have made it look so easy over the years.”

Liberty admitted she was frustrated at first in training because she couldn’t get the moves, but is now flying around the rink.

She said: “I’ve always enjoyed ice skating as a hobby and doing it with my mates. I used to go round the rink with my friends just going round fast, but training for Dancing on Ice is really different. When it was a hobby, I could skate forwards but I couldn’t go backwards or do any tricks. Now I’m starting to learn skating for real, it’s like ballet.

“I can do leg extensions and point my toes straight. There are so many things to remember when you are practising. 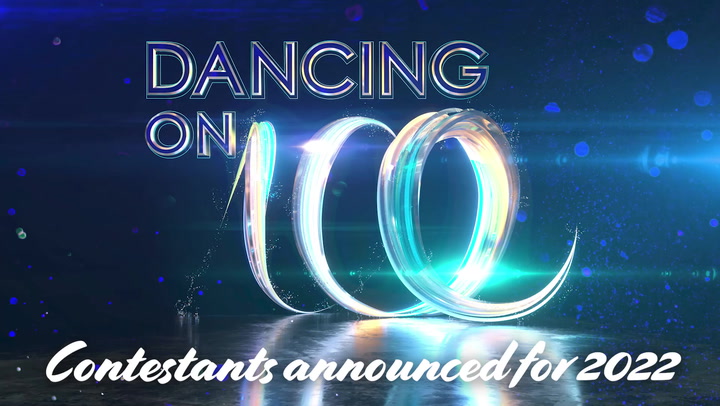 “I’m really enjoying it but it’s a bit frustrating at first when you don’t get the moves. I was really struggling with cross-overs (the technique skaters use to go round corners) but I’m getting better at them.

“Once you get a move it’s the best feeling over. Getting better at one of the skills is the most rewarding thing ever.”

The star’s skating pro Joe is an American who steps up to the main show after being a reserve last year. Liberty said: “He’s so much fun. We laugh together all the time. They couldn’t have chose someone better for me.”

Last year, because of Covid the skaters were in bubbles and couldn’t mix with the other celebs or other trainers. This year Liberty has been able to watch the others and can be coached by other trainers too.

But she said: “There are still strict protocols. There is testing every day and social distancing. It’s really important no one gets Covid. I usually go away at New Year but I won’t be this year. I want to stick to the rules so the show goes on.

“There’d be nothing worse than to catch Covid and have to leave the show.”

Despite being the favourite to win, she split up with then boyfriend Jake Cornish before the final because she didn’t think he loved her for who she was. That honesty endeared her to the public and she won a string of brand endorsements including Skinny Tan.

Despite rumours there was a feud between her and the other Love Islanders when they didn’t mingle at ITV Palooza, the station’s annual celeb get-together, Liberty insisted: “I saw them. We had a catch-up and nothing’s changed. I have kept in touch with Kaz and Lucinda but everyone is so busy.”

She was also big pals when they were in the villa with Scot Shannon Singh and Liberty revealed she has Scottish roots.

She said: “I think my grandad was half Scottish. His name was Lampitt. His side were Scottish way back mixed with Italian.”

The young star is close to her family and admits she’s changing her festive plans this year to spend more time with them.

Liberty said: “Usually I spend my Christmas Eve and New Year’s Eve with my friends but this year I’m going to spend it with my family.

“Family has become a priority this Christmas for so many people which I think is a good thing.”