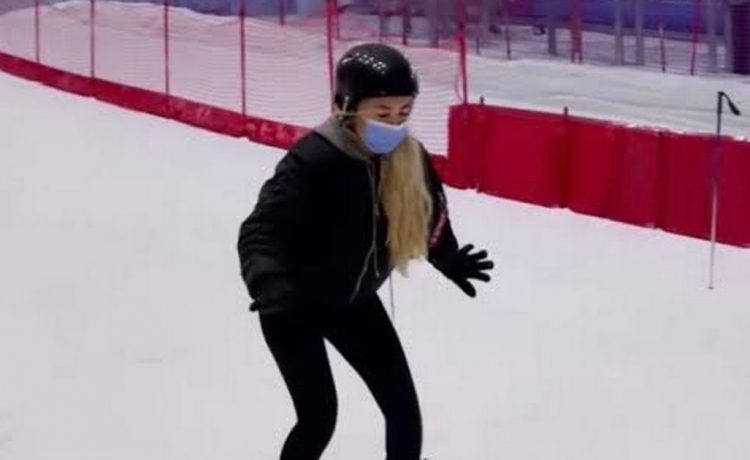 Love Island Scot Paige Turley has told fans she is in the midst of getting ‘new teeth’ in time for a summer smile.

And Paige said she was glad social distancing was currently in place as she showed off her new Invisalign braces.

Paige told fans she hadn’t been to the dentist in years but said she realised that her bottom teeth were squint and that her canines were pulling down.

She said things would get worse when she was older.

She said: “I have had so many messages asking if I have braces on and whats on my teeth.”

Saying why she’d chosen braces instead of anything else, she explained: “They’ll look natural. I couldn’t bare the thought of having my teeth shaved down. Instead they add to the tooth.”

Paige said she was worried in case it was really noticeable she had braces in and joked she was glad there was social distancing.

She said: “I was a little paranoid they were really noticeable.

“Of course if you’re close to me you can see them but from far away you can’t.

The only time the two metre rule has helped out.”

Paige later prepared to hit the slopes with boyfriend Finley Tapp as she confessed a holiday in the cold was on her bucket list.

She explained: “Found my new hobby. Finley Tapp and I made a bucket list and on mines is to go on a cold holiday. We had our first skiing lesson today.”

Finn who had been skiing before explained he fell during the lesson while Paige remained upright.

The couple made plans for their ‘bucket list’ ahead of the brand new Love Island which is set to air this summer – whilst locations are still being secured according to government guidelines.