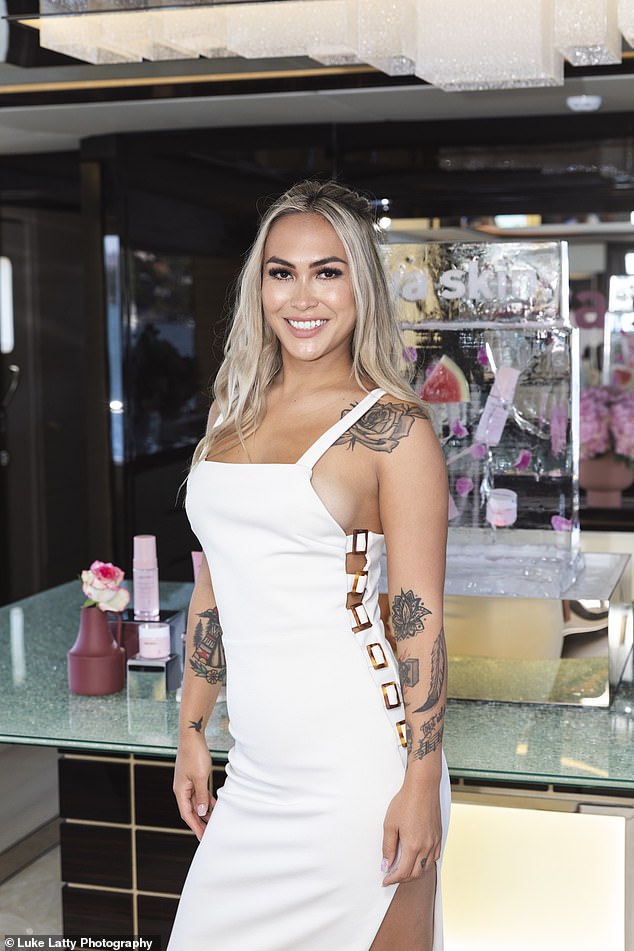 EXCLUSIVE: ‘I didn’t ask for anything!’ Love Island’s Cassie Lansdell DENIES demanding freebies from a Sydney bar in exchange for Instagram posts

She found fame – and thousands of Instagram followers – after appearing on the latest season of Love Island Australia.

But Cassie Lansdell’s ‘influencer’ status was awkwardly questioned this week, after a Sydney rooftop bar accused her of trying to use her social media clout to score freebies.

In a now-deleted screenshot, published by Now To Love, the 27-year-old wrote to Slims Rooftop saying: ‘Hey guys, I was wondering if you ever do influencer collabs?’

EXCLUSIVE: Love Island Australia’s Cassie Lansdell (pictured) has denied asking for freebies from a Sydney bar after being publicly shamed on social media

Cassie, who has 89,000 followers, continued: ‘It’s my friend’s birthday tonight and would love to bring him and my sister for dinner and drinks! I love your venue.’

But in a savage twist, the bar posted her request and also their response online, which read: ‘Hi Cassie. No we don’t do influencer collabs. The staff, suppliers & banks don’t accept posts instead of cash so in order to pay them we only take $.’

‘The influencers with 2-3M followers who frequent us seem to be cool with that. Cheers!’ 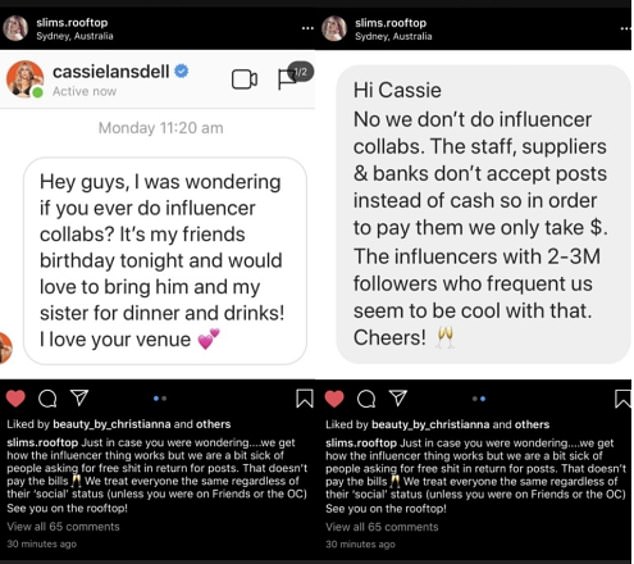 Cringe! In the now deleted posts, acquired by Now to Love, Cassie’s message was shared alongside a caption revealing why the bar wouldn’t hand out anything for free

They captioned their screenshots with the message: ‘Just in case you were wondering….we get how the influencer thing works but we are a bit sick of people asking for free s*** in return for posts.

‘That doesn’t pay the bills. We treat everyone the same regardless of their ‘social’ status (unless you were on Friends or The OC). See you on the rooftop!’

However, when contacted for comment by Daily Mail Australia, Cassie denied ever requesting freebies and said that she’d been left unable to sleep after being publicly shamed by the bar. 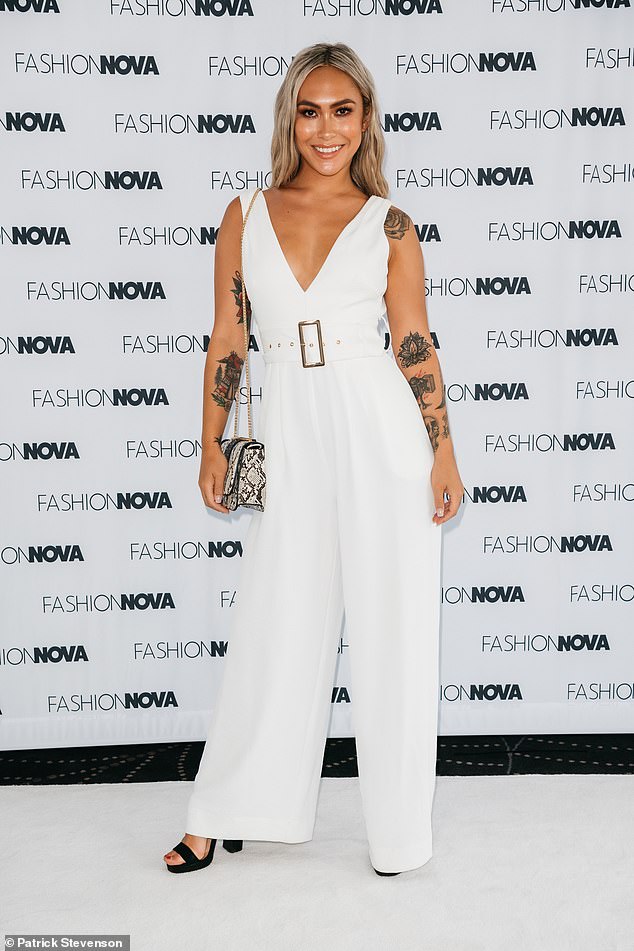 ‘It’s my friend’s birthday tonight and would love to bring him and my sister for dinner and drinks! I love your venue,’ Cassie wrote in the direct message to Sydney bar Slims Rooftop

‘I literally just messaged them, I didn’t ask for anything free,’ she explained.

‘They’ve taken that and used my name, and I got so much hate I couldn’t sleep. It was a low blow.’

She continued: ‘I understand if they’re sick of people asking for stuff, but it was not something that was nice to do.

‘That wasn’t in my message, I didn’t want anything for free. It’s a venue that I’ve been to before and that I loved. If you don’t want any affiliation with influencers, just politely say no.’ 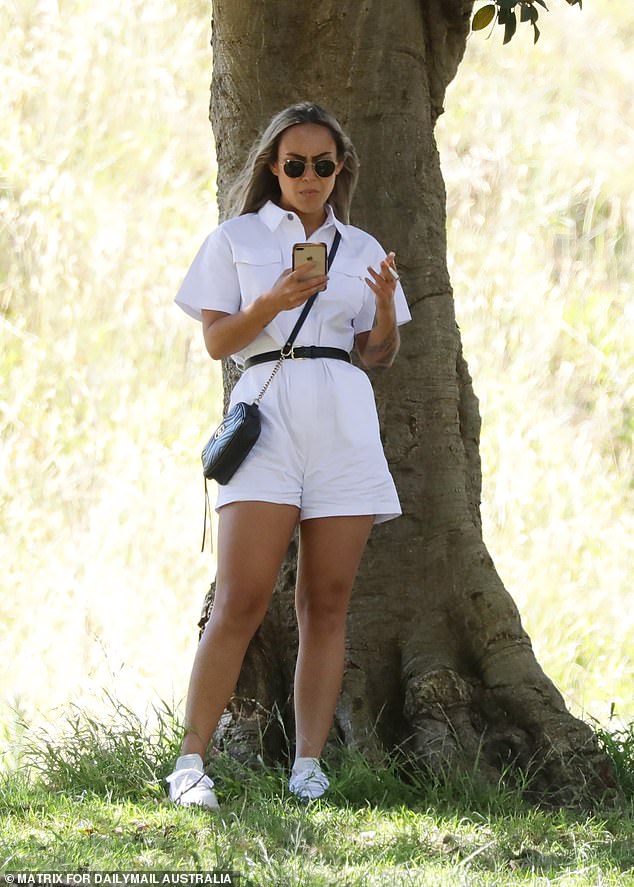 ‘I understand if they’re sick of people asking for stuff, but it was not something that was nice to do’: Cassie hit back at the bar in a statement to Daily Mail Australia

Cassie made history this season, after being in the first ever same-sex couple in the Australian version of the show with Phoebe Thompson.

However, their romance soon fizzled out, and Phoebe was booted off the show.

Cassie was later smitted with Luke Packham, but the duo confirmed they had ended their romance last week.

‘We tried to see how things would work in the real world, but ultimately decided that we’re better off as friends without benefits,’ Luke, 26, told Daily Mail Australia on Thursday.

‘Cassie’s a great girl and instead of complicating things we think it’s better to just let it go now while we’re still good friends,’ he continued. 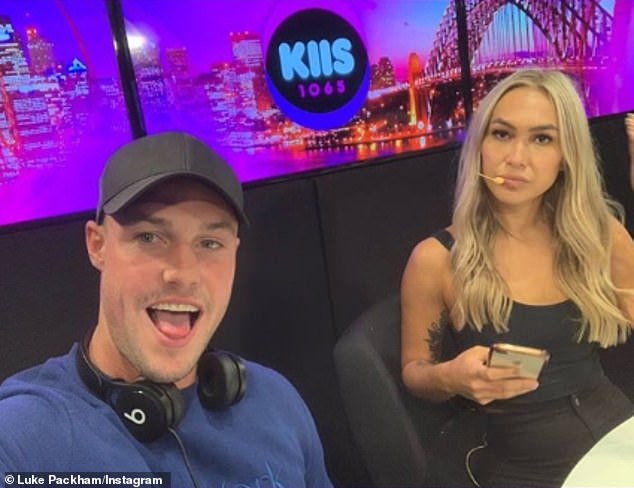