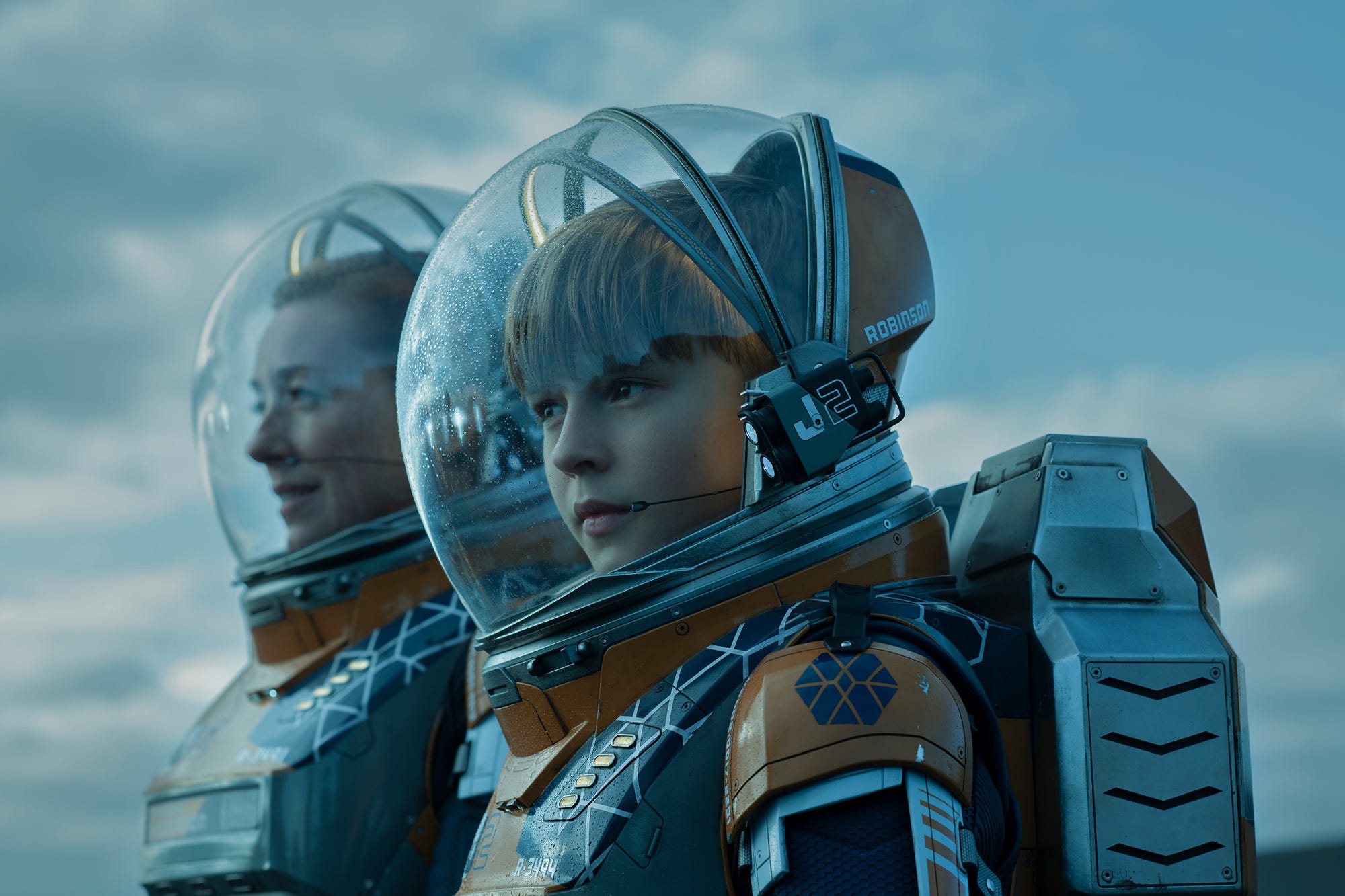 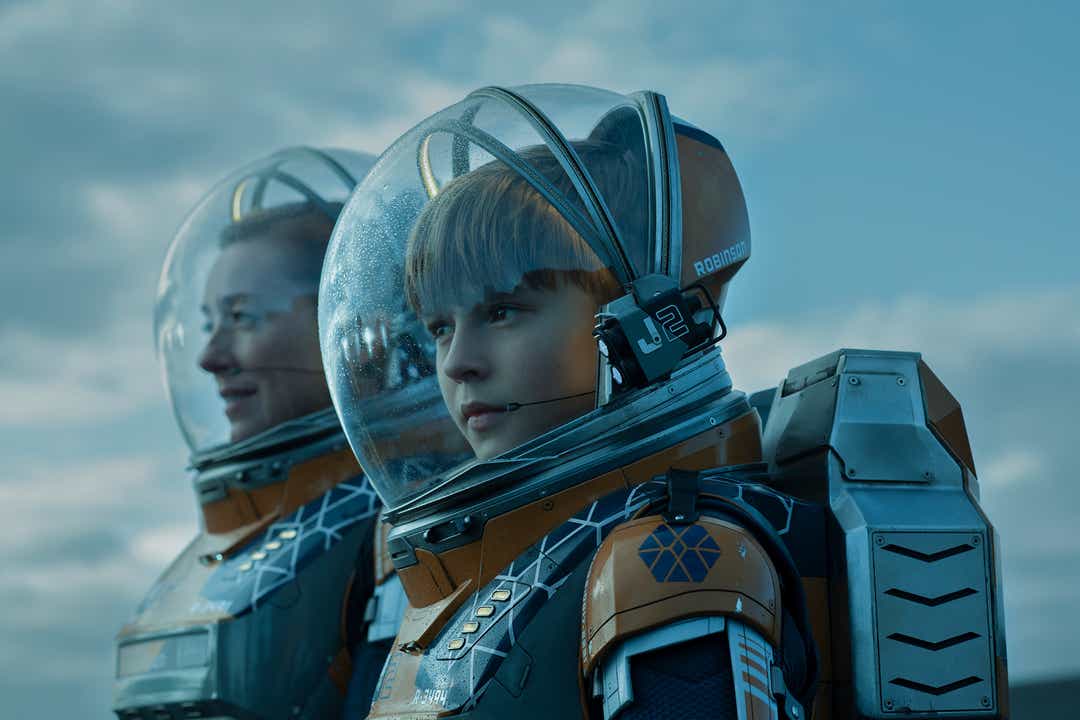 Christmas Eve might have seemed like an odd date for a TV premiere, with so many people busy with holiday plans or traveling to visit relatives. But the stars of Netflix’s “Lost in Space,” which released its second season Tuesday, say the holiday season is the perfect time for a space adventure that is at heart a family drama.

“It’s a time when you want to do things with your family, so it’s great to have the opportunity to watch the show,” says Molly Parker (“Deadwood”), who plays engineer and expedition leader Maureen Robinson.

Beyond the family angle, “Lost in Space,” a serious, big-budget remake of the campy but beloved ’60s series, includes Christmas references both comforting and foreboding.

Season 2 of “Space” opens in peaceful contrast to the chaotic events of last season’s finale, when Maureen and her family were about to reconnect with a larger ship of space travelers, only to be sucked into a wormhole and shot into another galaxy. 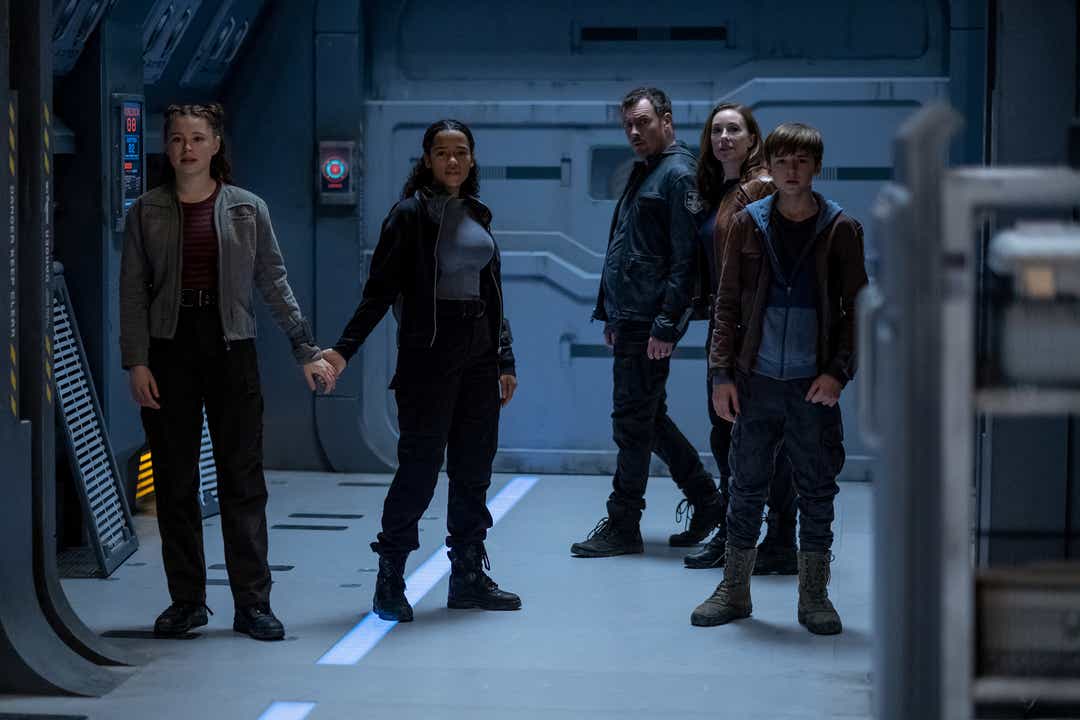 Viewers meet the Robinsons – Maureen, John and children Judy, Penny and Will – fellow traveler Don West and sinister (and now imprisoned) Dr. Smith in a calm, cultivating crops on a watery planet after the death-defying escapades of Season 1.

John (Toby Stephens) and Will (Maxwell Jenkins) make the most of temporary normalcy by surprising the others with gifts, decorations and a makeshift tree trimmed with glowing alien moss.

The Robinsons return: ‘Lost in Space’ on Netflix: Trailer, premiere date and what to know before Season 2

“The (writers) wanted to find the family in a place where they had already survived these seven months and were kind of settled before launching us off again. (The Christmas celebration) is a very beautiful, sweet scene,” Parker says.

The holiday also ties into the Christmas Star, a mysterious, asteroid-like projectile that sent the Robinsons and many others to seek refuge in space. 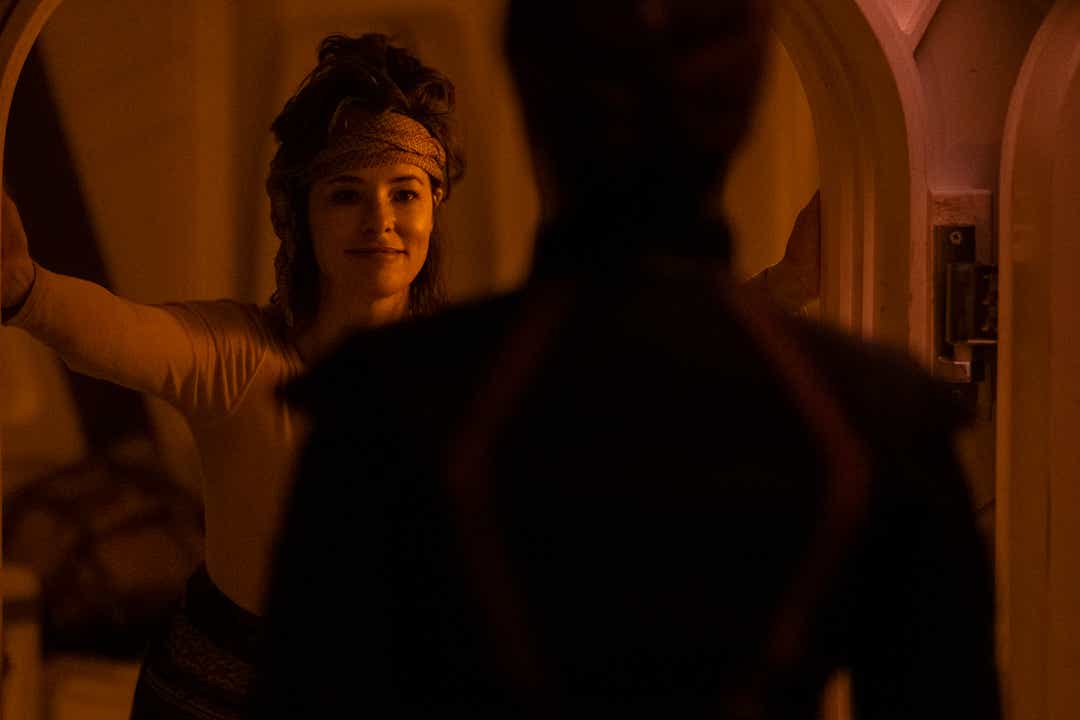 “That was the beginning of the end of Earth, so they wanted to bring that back as a theme” in Season 2, she says.

Parker is  waiting to watch the show with family over the holidays, including her 13-year-old son, who (coincidentally) is named Will. 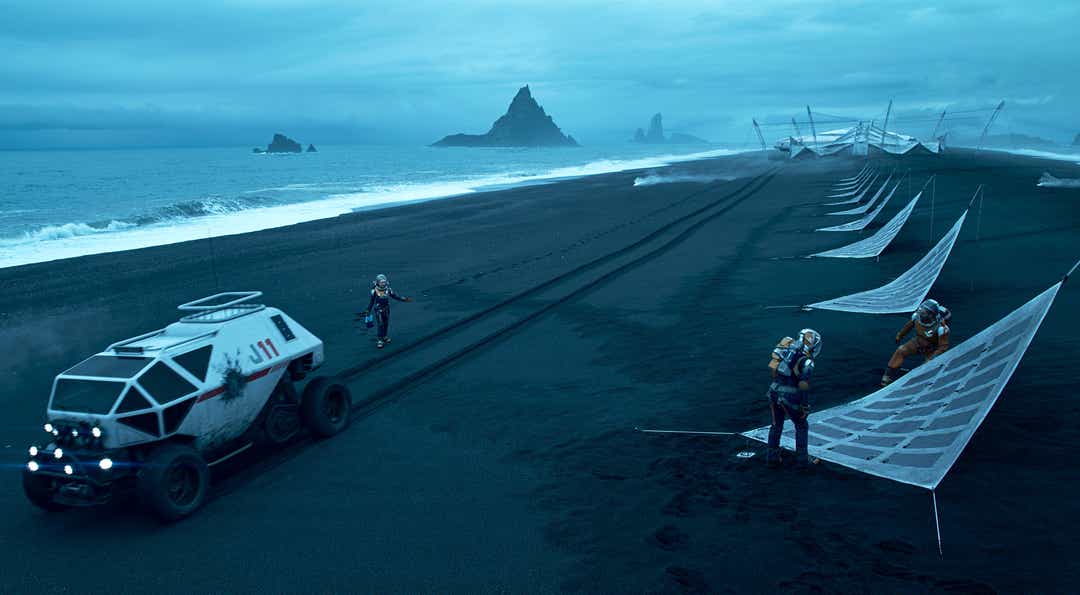 “I’m going to watch it with my grandparents, my sister and my mom and my dad,” says Jenkins, 14, who confessed to jumping to the end “because the finale’s super-sick and I couldn’t hold out.”

Of course, the Robinsons’ peace off Earth is short-lived, as their sanctum on a narrow black-sand beach is threatened by weather hazards and an unforgiving atmosphere. Maureen, however, concocts a risky solution, converting the Jupiter 2 into an old-school sailboat designed to allow the ship to refuel, take off and reunite with fellow Earthlings on the main ship, the Resolute.

Relaunch: 5 things to help you take off with Netflix’s new ‘Lost in Space’

“One of the things I love about the show is there’s an inversion of the gendered mother-father roles. Maureen is very logical, a scientist, and thinks that every problem has a solution. And John, while he’s a warrior, he’s also more of the emotional center of the family,” Parker says. “In Season 2, Maureen meets the limits of (thinking) there is a solution to every problem. She feels a deep responsibility for bringing her family out there and almost getting them killed – all the time.” 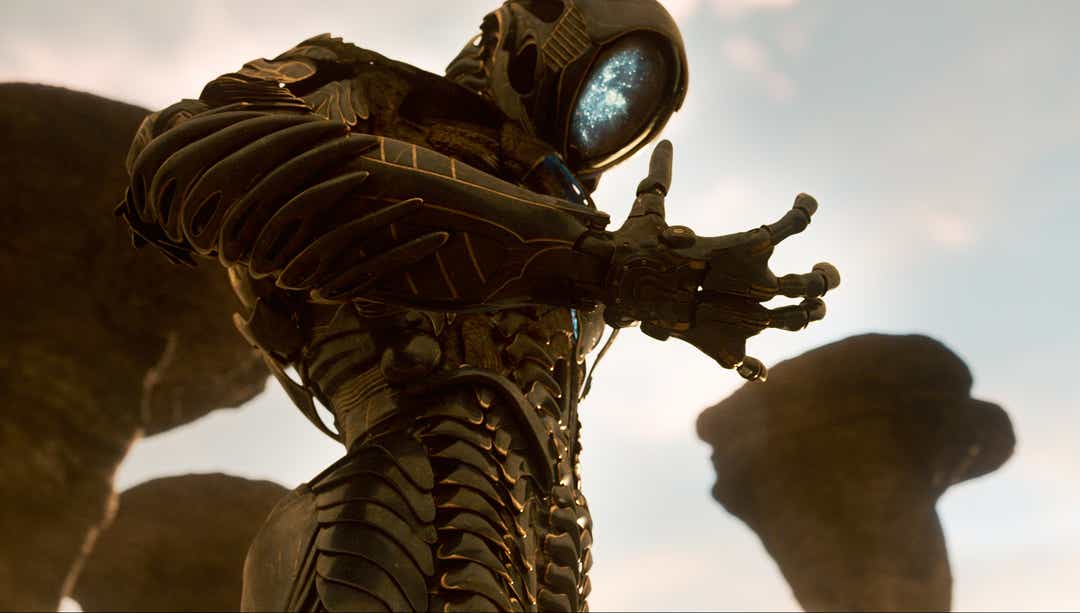 Season 1 almost left John, Don and Will lost forever in space. But the core characters from the original 1965-68 TV series – the Robinsons, Don (now played by Ignacio Serrichio) and Dr. Smith (Parker Posey) – are finally together on the Jupiter 2.

All except one important member: the robot. Finding it becomes Will’s mission, both for the help the alien creation can provide and for the bond that has formed between them.

“Will has developed this unique friendship with the robot,” Jenkins says.   “We’ve seen it in ‘The Iron Giant,’ in ‘E.T.,’ in (the original) ‘Lost in Space.’ Even though Will and the robot are from different solar systems and look so different, they bond because they’re both outsiders. They both have compassion.” 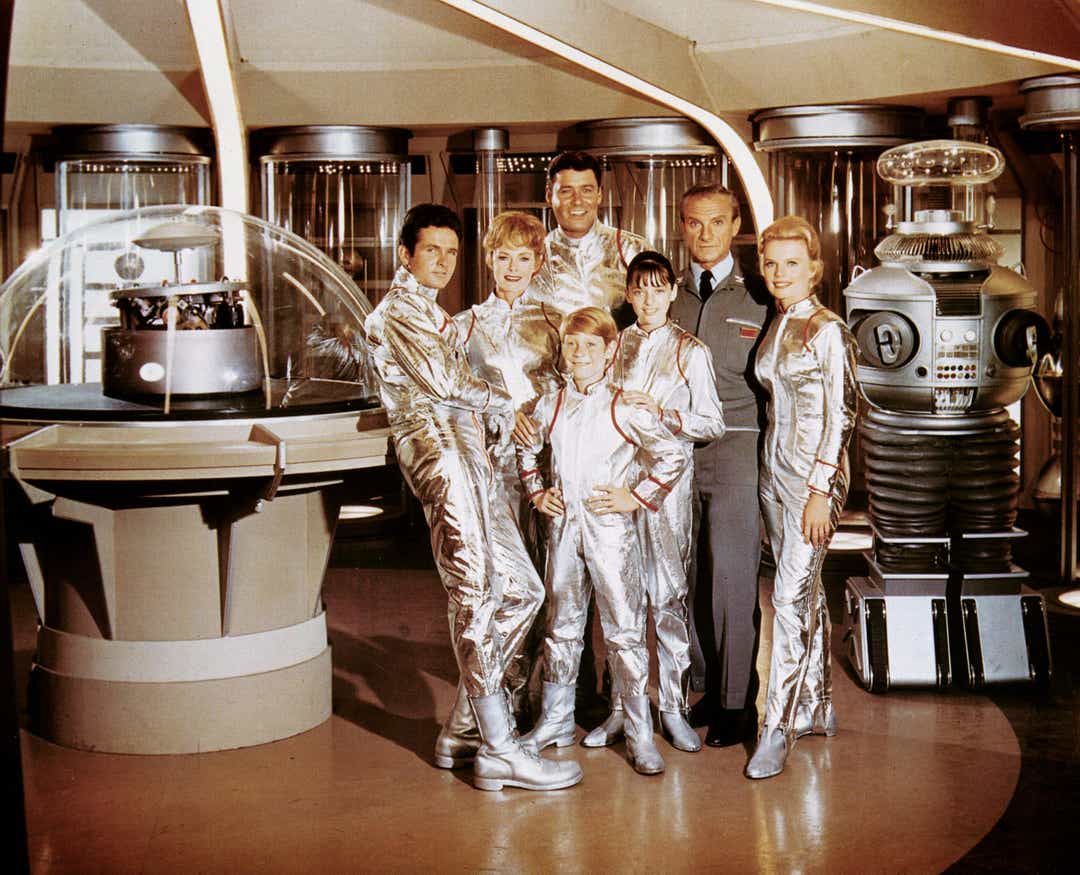 “We’re trying to make it a family that is familiar to people watching. These are people who are flawed,” she says. “They’re out in these extraordinary circumstances, having to deal with regular family dynamics.”

Extraordinary circumstances include hopping around a five-planet solar system while dodging what seems like a life-threatening hazard in each episode.

“Or three times an episode,” Parker says. Unfortunately, that won’t leave the Robinsons much time to watch TV together over the holidays.