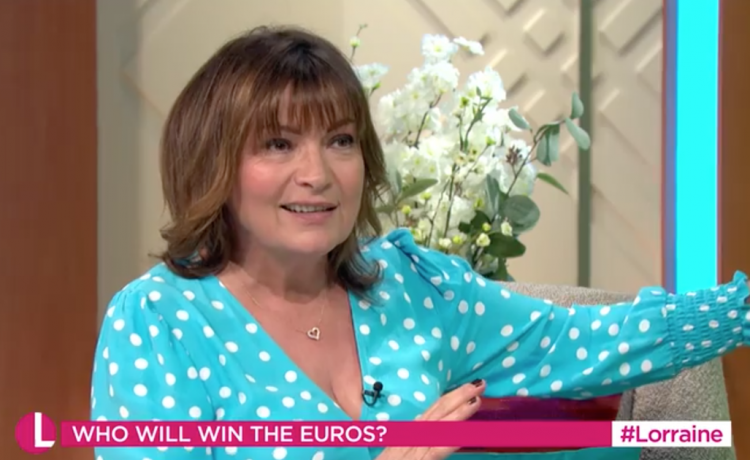 Lorraine Kelly was teased live on air by her Good Morning Britain colleagues after Scotland’s defeat against the Czech Republic yesterday.

During the teaser link up on the show this morning, the Scots presenter spoke to Susanna Reid and Richard Madeley, to tell them what was coming up later on her show.

And when conversation turned to the football, Lorraine was asked by Susanna what a particular word meant that she had used after Scotland faced a 2-0 defeat at Hampden Park.

Lorraine continued: “Scunnered means so much more than completely fed up and had enough, scunnered is just another level.”

Susanna added: “Lorraine we’re so sorry about the football

Richard added: “What was the score again?”

And Susanna said: “In fact, let’s just dwell on the football for just a moment because we have this kid who I think summarises ‘scunnered’ for you.”

The camera then cuts to a VT of a young Scotland fan discussing his thoughts on the game.

He said: “Scotland today, absolutely rubbish! Couldny finish their dinner at all!”

The camera then cuts back to the studio and Lorraine can be seen in fits of laughter covering her face with her hand and the breakfast duo giggling away to themselves.

Later on Lorraine’s show, she spoke further about her football disappointment when her producers put a huge picture of David Marshall racing back to try and save the second goal from the Czech Republic.

Speaking with sports presenter Gabby Logan, Lorraine said: “Do you know what happened actually, our wee dog Angus had his Scotland strip on, he got really nervous, he must have been picking it up from us.

“Seriously he started getting all trembly and not knowing what to do and I had to put him outside in the shade with a bowl of water because he couldn’t handle it!”