Lorde review – a magnificent night out


“E aua,” sings Lorde intently, eyes scrunched shut, a familiar melody playing beneath, “Kohore ana pea aku mata.” This is her single Stoned at the Nail Salon – one of the most thoughtful and moving cuts from her 2021 album Solar Power – as many people will not have heard it before: sung in Te Reo Māori, the indigenous language of Aotearoa (latterly, New Zealand). Duetting alongside her countryman and support act Marlon Williams, this is the first time Lorde has performed the track, titled Mata Kohore, live. And it’s just one of a series of shiver-inducing moments in a set replete with emotion.

Tonight’s sold-out Alexandra Palace date marks the very end of Lorde’s UK tour. This time last week, she played the same song – in English – at Glastonbury, flanked by Arlo Parks and Clairo. In this vaulted greenhouse of a north London venue where the midsummer evening light gradually fades into dusk, there is a palpable sense of a performer reaching some kind of sunny upland. But it’s a hard-won victory.

There are angry tears, with Lorde speaking passionately about how the recent US supreme court reversal of women’s right to choose had affected her both mentally and physically. The singer urges her fans to let it all out, too. “There is no better public weeping spot than a Lorde gig,” she notes. Wrestling with plenty of “hard feelings” (as one of her song titles puts it), she alchemically processes them into joy tonight – often while sitting atop a narrow staircase.

The mood is buoyant, with people bawling the songs back to Lorde and pogo-ing en masse to the pummelling, club-adjacent cuts. It’s a magnificent night out, themed visually around her most recent album, but one that contains just a nanosecond or two of disquiet.

Mata Kohore formed part of a Te Reo Māori EP of Solar Power songs released last September, with proceeds going to two New Zealand charities. At the time of release, a debate ensued among Māori language activists as to whether Lorde’s was a tokenistic act or a useful fillip to the language. Even as the hairs stand up on your arms as she and Williams sing it, you wonder whether that very response might be inadvertently biased, romanticising a misappropriation of a cultural practice. Writing in the Guardian, however, Morgan Godfery (Te Pahipoto, Sāmoa), senior lecturer at the University of Otago, defended Lorde’s foray into Te Reo Māori as “a public good”, one made possible by many respected guardians of the language who assisted in the translations.

Then there is the matter of this tour’s inventive stage set. It’s a superb concept – a blond wood sundial, echoing the sun theme – that, combined with dazzling lighting, and a band and backing singers in frequent motion, recalls David Byrne’s celebrated no-cables, no-wires American Utopia show. But it also sometimes looks like a physics demonstration about to go wrong. Lorde’s ladder-like staircase is balanced on a large disc that acts like a fulcrum. The disc also doubles as a sun, a screen behind which Lorde can get changed in silhouette. Reversed, it’s a hollow bower in which she can sit. Mostly, though, the effect is that of an MDF seesaw threatening to tip over – as though anyone needed a little extra heart-in-mouth feeling on top of that generated by this artist’s bravura set.

Lacking the pounding dance beats of her previous work (2017’s Melodrama) and doubling down on themes of retreat, reassessment and environmental doom, Lorde’s third album – on its release last year – sounded suspiciously like a letter of resignation from pop. On tracks such as California, relayed intensely tonight, the singer bids goodbye to the hard-partying pop star lifestyle, characterising the entire state as a borderline abusive partner.

Elsewhere, triggered by the smell of tequila, she looks askance at “supermodels all dancing round a pharoah’s tomb”; she won’t answer the phone “if it’s the label or the radio”. On Oceanic Feeling she yearns for enlightenment and looks forward to a time when she might “take off my robes and step into the choir”. On Stoned at the Nail Salon, there’s a wishbone hanging in her kitchen “just in case I wake up and realise I’ve chosen wrong”.

But the no-shoes, no-news mood of the Solar Power album is thrown into sharp relief by its delivery tonight. Previously, Lorde performed more statically, draped in robe-like garments, her microphone stand acting as her only prop. She has spoken in interviews about her anxiety and frequent states of overwhelm; in one of many speeches from the stage, she recalls wearing black all the time as a kind of “armour”.

Now, having spent time reassessing – and at the gym – she seems to have made her peace with pop stardom. She plays her most painful song – Writer in the Dark – to honour her distress at the Roe v Wade reversal, but elsewhere, Lorde is a blur of movement, lashing out with an arm on the beat, jumping up and down in place, sweating. She thanks her fans for being there for “all the versions of me”, and reassures us that “I will always be here for all the versions of you”. Resignation letter, rescinded: “I’ll come back,” she says, “as long as you’ll fucking have me.” 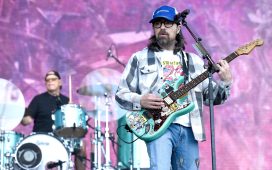 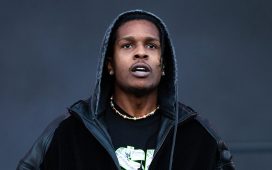 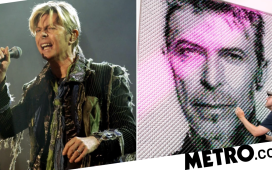 Taylor Swift files in Shake It Off copyright lawsuit: ‘The lyrics were written entirely by me’ 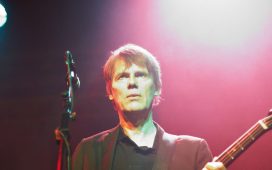 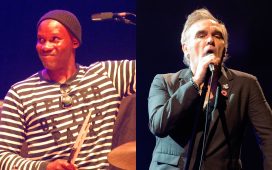 The Libertines’ Gary Powell claims Morrissey ignored him over other bandmates: “He showed his true colours”