NewsGroove Uk
NewsGroove Uk > Movies > Lord of the Rings: 'He went on FOREVER' Sean Bean talks behind the scenes of Boromir death
Movies

Lord of the Rings: 'He went on FOREVER' Sean Bean talks behind the scenes of Boromir death 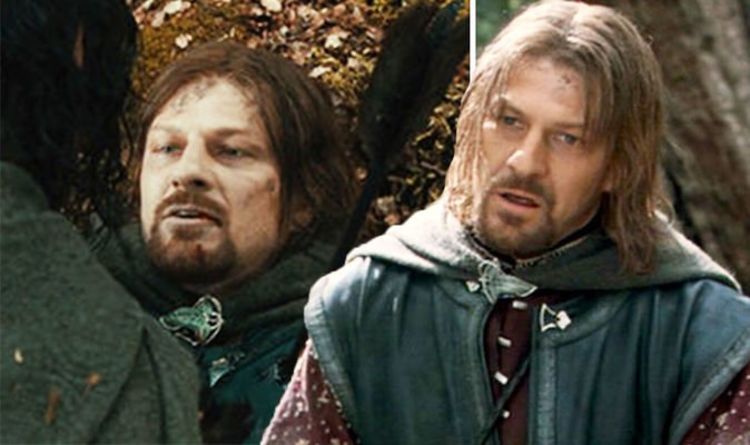 Sean Bean is an incredible actor oft-lauded for his majestic roles in period favourites.

The English star has played pivotal characters in two mammoth fantasy hits – The Lord of the Rings and Game of Thrones, but in both he has been killed off in horrific on-screen deaths.

Fans were gut-punched when Boromir was shot with bows and arrows at the end of Peter Jackson’s epic The Fellowship of the Ring after a heartbreaking story of betrayal against Frodo Baggins (Elijah Wood).

And Game of Thrones viewers were stunned when Ned Stark was beheaded at Joffrey Baratheon’s orders at the end of season one of the now-global hit.

And while Sean Bean’s characters have been killed off in a number of other projects along the way, the actor has now revealed Boromir’s death was his favourite.

What’s more, the star admitted it was a tricky scene to film because it went on for quite a long time.

He shared: “I thought his death was very heroic and triumphant and poignant.

“And the [frame rate] slowed down and it had great music playing really loud.”

The star continued by saying it was “great to try and fight back” before joking Boromir “went on forever”.

“I was very happy with that!” he declared.

“Better than a quick death!”

While Boromir is his favourite on-screen death so far, there is plenty more time in the actor’s four-decades career for other momentous endings.

Bean isn’t keen on the idea however, as he revealed he’s actually asked writers on other films and TV shows to tell him his character’s fate before signing the dotted line.

“I just start at the end!” the star added.

Bean’s latest project will see the star in a new seven-part series called World On Fire.

The new drama explores the first year of the Second World War and Bean plays Douglas Bennett, a widowed veteran.

The Lord of The Rings trilogy remain three of the most successful and critically-acclaimed films of all time.

The Lord of the Rings series is expected to premiere on Amazon Prime Video next year.