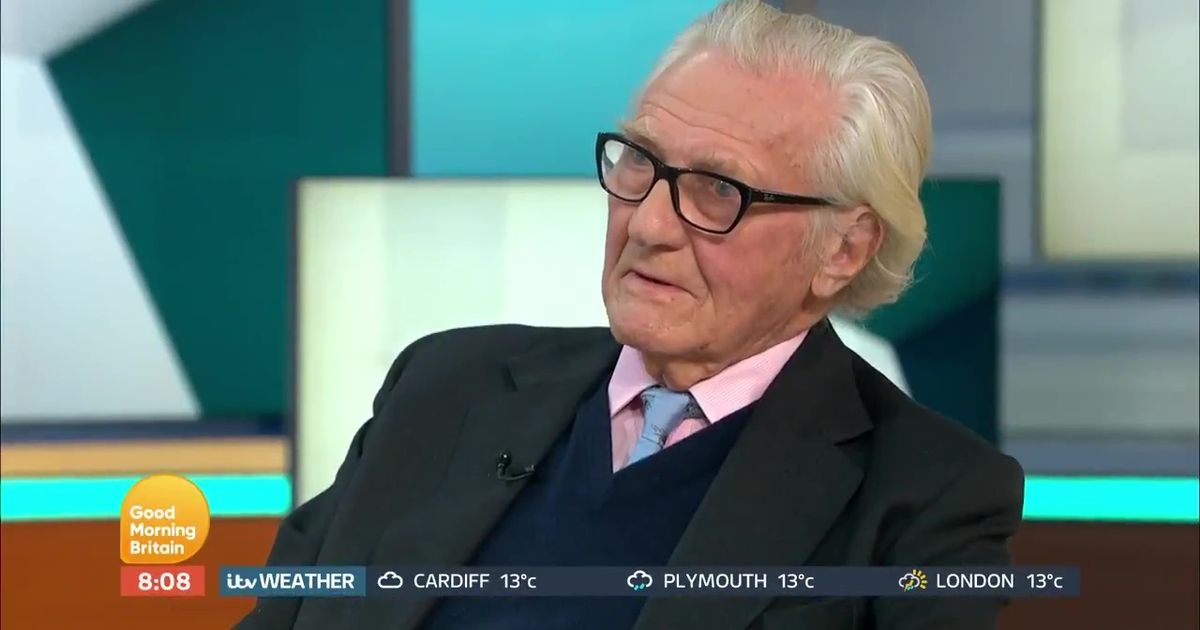 Lord Heseltine told Piers Morgan “don’t shout me down” as the pair had a tense debate about the possibility of a second Brexit referendum.

The Tory grandee spoke extensively about the upcoming general election on Good Morning Britain and said he wants Britain to have another vote about leaving the EU.

His appearance comes after the former deputy PM declared lifelong Tory voters should back the Lib Dems in the general election to stop Boris Johnson’s Brexit .

The 86-year-old, who served under Margaret Thatcher and John Major, made the dramatic plea to die-hard Conservatives to “put the country first”.

As Piers argued the referendum result should be final, Lord Heseltine said: “Anyone who loses says we want another go.

“Nicola Sturgeon is doing it in Scotland, you can’t stop them. Nigel Farage, in the run up to the last referendum said…”

Piers then shouted over him: “Here’s how you stop them, when you say as David Cameron did – it’s once in a lifetime…”

Lord Heseltine was unfazed by boisterous Piers and said: “You cannot shout me down, however much you try.”

He continued: “Nigel Farage in the run up to the last referendum, believing he was going to lose, said ‘we will need another referendum’. That’s what people do.”

Lord Heseltine said he didn’t support the Lib Dems’ policy to revoke article 50 but Piers then interjected to point out he was encouraging people to vote for them over the Tories.

Explaining his position, he said: “Let us be quite clear, the simplistic solutions which are on offer are not going to happen.

So one has to work out what you think will be the likely outcome of the election. My guess is, there’s a very high chance, no more, that there’ll be no overall control.

“In that case, the Parliament will produce perhaps a temporary government, which in my view can coalesce only on one thing, which is the need for a Second Referendum, that is what I want because I think the British people, given the choice today in the light of the facts, will vote to Remain.

“The polls quite clearly reveal a majority remain. In the EU elections, the polls say things have changed.”

Piers Morgan said he finds it “extraordinary” given his history with the Conservatives that Heseltine is directing people to vote for the Lib Dems, who are pledging to Revoke Brexit.

Lord Heseltine replied: “You may find it extraordinary but fortunately millions don’t. All I’m saying is Brexit is bad for this country in any conceivable way, and therefore I think people should vote for any member of Parliament who will stop it.”

READ  Coronavirus: PM 'will not return to austerity of 10 years ago'

Quizzed that Labour’s policy is a Second Referendum, which he wants, Heseltine said: “Supposing there was a huge switch, which put Jeremy Corbyn in Number 10 because all Remainers voted Labour, that would be a step that I couldn’t accept.”