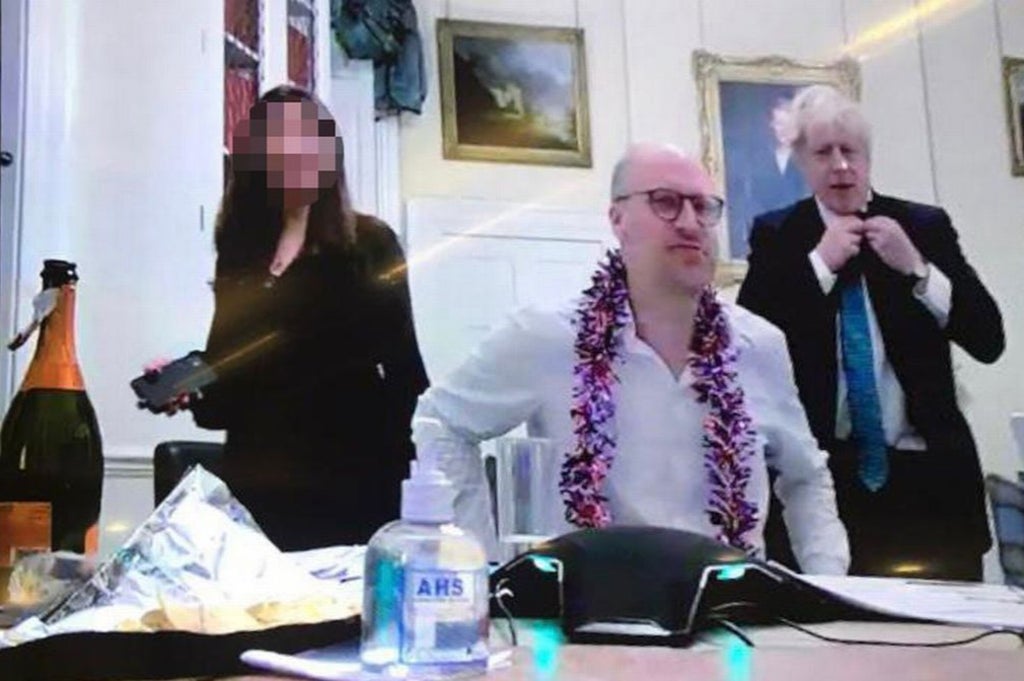 Sturgeon: ministers should ask if they have ‘moral authority’ to lead

UK ministers should ask whether they have the “moral authority” to lead the country during the pandemic, Nicola Sturgeon has said.

The First Minister said Boris Johnson had not taken responsibility for “serial and repeated” breaches of Covid rules.

She told broadcasters: ““I think the difficulty with Boris Johnson is that how can he allow a minister to resign over Covid breaches when he is sitting there refusing to take any responsibility for the serial and repeated breaches that everybody believes he has made of Covid regulations.

“So I would hope the UK Government will look long and hard to all of these instances right now and ask themselves the question, whether they have any longer the moral authority to lead the country through the remaining stages of a pandemic.”

Sturgeon ‘not opposed to oil and gas windfall tax’

Scotland’s first minister Nicola Sturgeon has said she is not “ideologically opposed” to a windfall tax on oil and gas.

Speaking to the BBC on Wednesday, the First Minister said she believed those with “the broadest shoulders here should be playing a part in contributing to helping families the length and breadth of the UK”.

“I was questioned last week about the idea of a windfall levy on energy companies. I’m not ideologically opposed to that,” the First Minister said.

“I don’t have the powers to do it. If the UK Government comes forward with a proposal like that, I would encourage them to think about all options.

“And my only request is that we don’t want to see only the north-east of Scotland bearing the brunt of what we need to do to deal with the cost of living crisis.”

Tory MP Neil Hudson has said he will not “defend the indefensible” after a new image emerged of Boris Johnson and a bottle of wine during a Christmas quiz held during Covid restrictions.

“I’m incredibly disappointed and upset. Yet again I have to say that categorically I will not defend the indefensible,” the Penrith and The Border MP told GB News.

“The concept that the people at the heart of Government making the rules were then potentially breaking the rules is completely abhorrent so I will not defend that.

“What I’m really, really sad about is the democratic process, democracy is completely paralysed at the moment because this keeps coming up. It will be drip, drip, drip, more and more upsetting images like this.

Samantha Jones, the Prime Minister’s adviser on the NHS and social care, has been appointed as the new No 10 permanent secretary and chief operating officer, Downing Street said.

Boris Johnson said: “I promised to make changes to my senior team so that we can get on with better delivering for the British people.

“That is what we are now doing by bringing in the very best skills and management experience with a clear vision to unite and level up our country.”

The Metropolitan Police will review its assessment that a Christmas “Zoom quiz” allegedly held by Boris Johnson and aides during lockdown did not meet the threshold for criminal investigation.

It comes after the Daily Mirror published a picture of the prime minister and three other Downing Street staff with an open bottle of champagne.

The Met said in a statement: “The MPS previously assessed this
event and determined that on the basis of the evidence available at that time, it did not meet the threshold for criminal investigation.

“That assessment is now being reviewed.”

Scotland Yard has said officers are not launching an investigation into allegations that MPs seeking to remove Boris Johnson from No 10 had been blackmailed.

The Metropolitan Police said: “We can confirm that the MPS has received information related to concerns of inappropriate influence being exerted on Members of Parliament.

“The information has been carefully assessed by specialist detectives who have determined that no criminal offences have been identified and therefore no investigation will be commenced.

“Should further significant information become available it will be considered.”

A further 276 people have died within 28 days of testing positive for Covid-19, bringing the total to 158,953, the Government said.

These figures now include deaths in England following possible reinfections of Covid-19.

Separate figures published by the Office for National Statistics show there have been 182,000 deaths registered in the UK where Covid-19 was mentioned on the death certificate.

There were 68,214 cases of Covid-19 reported in the UK on Tuesday, the Government said, which includes reinfections in England and Northern Ireland that are more than 90 days after a previous positive test.

The DHSC claims the white paper will mean “will receive better, more joined-up care under new plans to improve links between health and social care”.

But reacting to the plans, Ms Smyth said: “Really, where is the clinical leadership, where is the accountability to local people?… Like a house made of crepe paper, this gossamer thin white paper collapses with the faintest breeze of scrutiny.

“Let’s be clear, it’s not a plan, it’s not even a starting strategy, it’s just a series of woolly claims about how things could be better.”

She went on: “Crucially there is nothing to address the key barrier to integration which is that social care and the NHS are in different empires with no level playing field.”

During a select committee session on Wednesday, the Secretary of State for Work and Pensions slapped down an accusation from Labour MP, Neil Coyle that she was preparing to resign.

She said: “Don’t be ridiculous Neil. If you want to bring up gossip, I can bring up other stuff that happened downstairs.”

Britain “can and must do more” to respond to the “horrific” humanitarian crisis in Afghanistan a former International Development Secretary has urged.

Andrew Mitchell welcomed the £286 million of UK aid announced so far but warned it is “not enough”.

He raised reports of people selling their daughters into early marriage or parting with body organs in a bid to provide food for their families.

The UK’s 20-year military mission in Afghanistan ended in August as the Taliban swept to power.

Mr Mitchell, asking an urgent question in the House of Commons, said: “The stark reality is Britain can and must do more to rise to this horrific challenge.

“The inescapable facts are that the Taliban won and we lost, but we have previously promised that the military withdrawal would not be followed by economic and political withdrawal.”