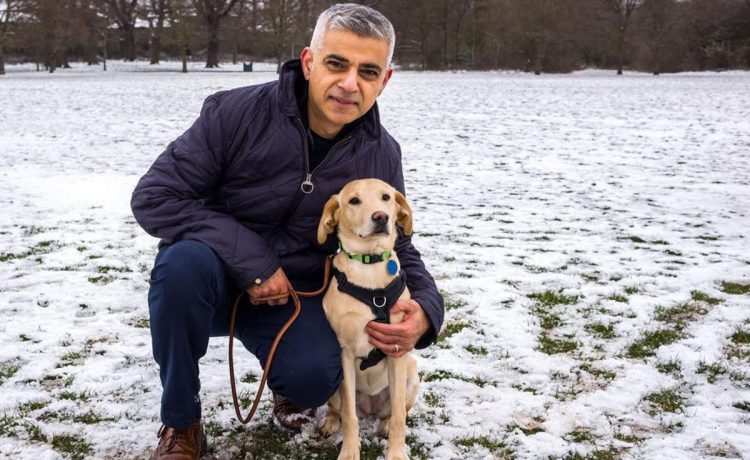 adiq Khan today called for tougher rules on wearing face coverings outside after revealing that more than 12,000 Londoners have died with covid.

The Mayor said there was a need for face coverings where people were “cheek by jowl” in outdoor locations, and revealed concerns at the number of Londoners in public places because the lockdown rules were not tight enough.

The Government’s official figure for Londoners dying within 28 days of a positive covid test last night stood at 11,882.

But Mr Khan told LBC’s James’s O’Brien show this morning: “More than 12,000 Londoners have now lost their life because of this awful pandemic.”

The Mayor said he failed to understand why the Government had not changed the rules to make face coverings mandatory where people were likely to be in close proximity, such as queues.

One in three people infected with covid are unware they have the virus. Face coverings have been compulsory since last June on Tubes and buses, and many schools now insist on parents wearing masks when collecting children.

Mr Khan said: “I have stopped walking my dog in the park because it’s so busy.” Instead he takes his dog Luna for walks on the pavement.

He confirmed he still wanted the mayoral elections to go ahead on May 6, even if that meant Londoners having to wear face masks while voting. The poll has already been delayed by a year due to the first wave of the pandemic.

He said electors should be encouraged to vote by post – and suggested copying an idea from Scotland, where voting is allowed over a couple of days.

The Mayor also revealed that the number of London bus drivers to die with covid had increased to 38. More than 60 London transport staff have died in the pandemic.

Mr Khan said bus driver deaths had previously been investigated by University College London at the request of Transport for London.

He said: “There is no evidence that our bus drivers are catching the virus on the buses. One of the things the UCL report was saying was that many of the bus drivers may have caught it before the lockdown or in the community.

“Many of the bus drivers who have passed away were shielding because there was a concern they were clinically vulnerable.”

Today he was visiting London Ambulance Service to thank paramedics and firefighters and police who had volunteered to assist them in answering 999 calls, said that the vaccine roll-out was vital to reduce pressure on the NHS.

He said: “I’m really worried about the increasing number of NHS workers I’m speaking to who are stretched, who are strained, who are really struggling because of the pressures that are being brought upon them.

“I have little doubt that many of the NHS workers, particularly in high dependency units and on the frontline, are traumatised. Many may be suffering from post-traumatic stress disorder. We have got to support them.”

The number of covid inpatients staying overnight in London hospitals reduced by about 250 yesterday to 7,332 – the third successive daily fall and the lowest total for 12 days. But staff are braced for weeks of intense pressures as the thousands of Londoners infected earlier this month deteriorate.

Health chiefs said they had been forced to transfer critically ill patients across south London as hospitals such as the Queen Elizabeth in Woolwich and the Princess Royal in Orpington ran out of space.