Local elections 2019: Where is my nearest polling station? 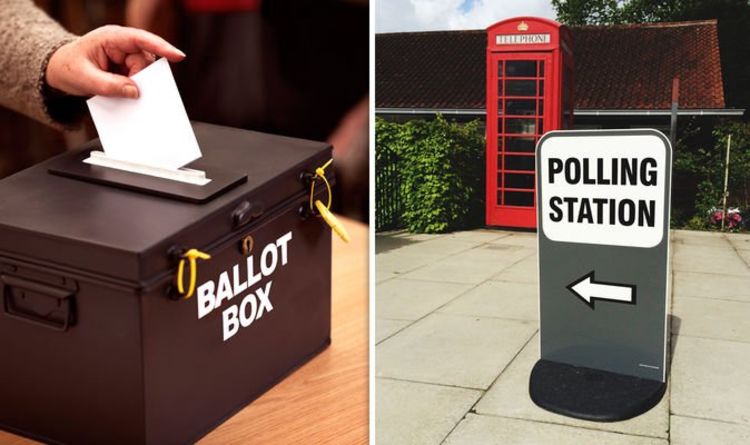 British voters are preparing to head to the polling stations to elect their new councils. The local election, or council elections, will be taking place on May 2 in most areas across England expect London and all 11 local councils in Northern Ireland. In total, close to 8,500 seats are up for grabs in nearly 250 councils.

Currently, more than half of councils in England are held by the Conservative Party.

The Tories are standing candidates in 96 percent of the available seats while Labour are contesting 77 percent.

The Liberal Democrats will try for 53 percent, the Green Party of England and Wales 30 percent and UKIP 16 percent.

With so much uncertainty in British politics, mainly due to Brexit, the way people cast their votes in this year’s local elections will give an indication on where the nation’s loyalty lies.

READ MORE: Local elections 2019: Where is YOUR polling station?

Where is your nearest polling station?

There are no local elections in London this year but voters will be able to head to polls almost everywhere else.

To check your nearest polling station click HERE and provide your postcode in the search option.

If you have received your ballot paper, information on the nearest polling station is usually provided here.

Most polling stations are usually located in public buildings like schools or local halls.

The elections will take place on Thursday, May 2 and the polls will open at 7am and close at 10pm.

All registered electors including British, Irish, Commonwealth and European Union citizens, who will be aged 18 or over on the day of the election are entitled to vote in the local elections, unless they are subject to a legal incapacity to vote, such as serving prisoners.

If you can’t make it to a polling station on election day, it’s possible to vote by post.

This option is available to everyone and could be a solution if you’re away from home or abroad.

However, when voting by post the ballot paper needs to be handed in on time to make sure it’s counted.

Contact your local council for more information on when the final date to post your vote is.

If you’re too late to post your ballot paper you can take it to your local polling station by 10pm.